Lawyer Lim Wei Jiet said the court was scheduled to hear Muda’s lawsuit via judicial review application at 12pm, where the party was seeking for the home minister to finally decide on its February 2021 appeal to be officially registered as a political party. ― Picture by Hari Anggara
Follow us on Instagram, subscribe to our Telegram channel and browser alerts for the latest news you need to know.
By IDA LIM

Lawyer Lim Wei Jiet said the court was scheduled to hear Muda’s lawsuit via judicial review application at 12pm, where the party was seeking for the home minister to finally decide on its February 2021 appeal to be officially registered as a political party.

But the Attorney General’s Chambers, which is representing the government, informed of new developments before the hearing could start, he said.

“However, a few minutes before the hearing started, federal counsel had informed us that the home minister has made a decision regarding Muda’s appeal to be registered. We were not informed whether that appeal was allowed or rejected.

“Because of this development, the court has postponed the hearing to August 18, 2.30pm,” he said in a statement.

Lim, who is also one of the co-founders of Muda, said Muda hopes the home minister would be able to inform the party soon of the minister’s decision on the appeal, as the issue has been dragged out for a long time.

According to Lim, the home minister and RoS were represented in court today by federal counsel Kogilambigai Muthusamy.

Today was initially scheduled to be an online hearing before High Court judge Datuk Noorin Badaruddin of Muda’s lawsuit.

In this lawsuit, Muda is seeking for a court order to compel the home minister to make a decision ― within seven days of the court order ― on Muda’s appeal against the RoS’s January 6 decision to reject Muda’s registration as a political party.

In the lawsuit, Muda is also seeking for the court to order for compensation to be paid by the home minister and RoS in the form of exemplary damages and aggravated damages.

This is Muda’s second lawsuit against the home minister and RoS in its long journey since September 2020 to seek for official recognition by the Malaysian government as a political party.

Muda’s efforts to be officially registered with the RoS as a political party is important, as such status is required for the party to be able to contest in elections under its own name and party logo. 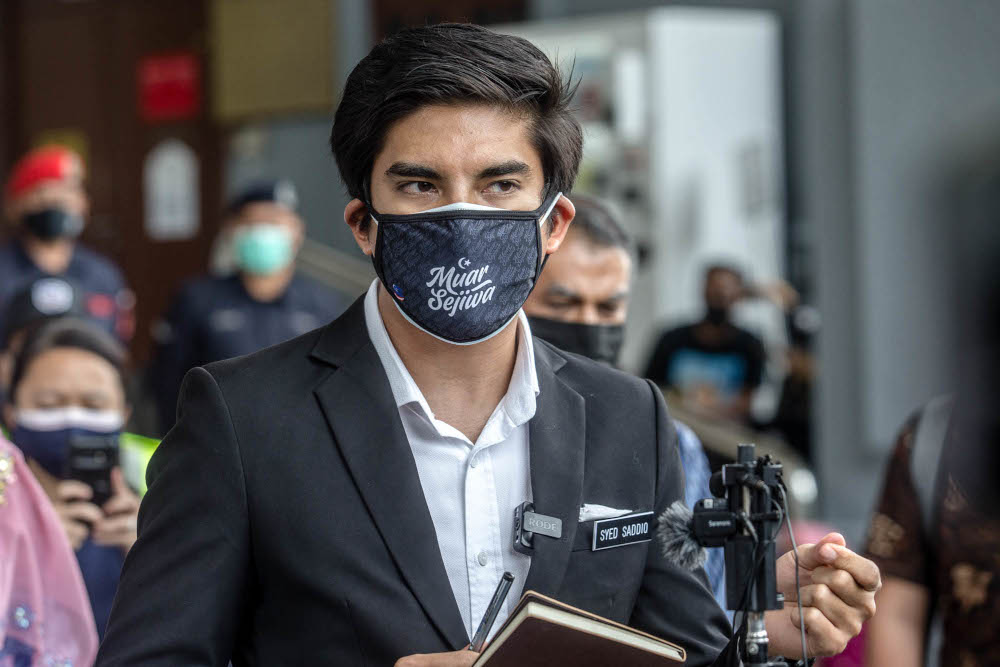 A journey almost a year long

Muda had on September 17, 2020 wrote to the RoS to apply to be registered as a political party, and had on December 21, 2020 issued a letter of demand to the RoS after waiting for more than three months for the latter to decide on the registration application.

Muda was preparing to file a lawsuit against the RoS when the latter finally decided on January 6, 2021 to reject the party’s application for registration as a political party.

On January 12, 2021, Muda’s 13 co-founders filed its first lawsuit ― through a judicial review application ― against the home minister and RoS to challenge the registration rejection, and sought for court orders to be registered as a political party and to seek compensation.

The first lawsuit did not proceed further after the High Court’s February 4, 2021 to dismiss Muda’s application for leave for the judicial review to be heard, as the court held that Muda had yet to exhaust the available remedy under the Societies Act’s Section 18 to appeal to the home minister against the RoS’ rejection.

Following the High Court’s February 4 decision, Muda had immediately on the same day filed an appeal to the home minister against the RoS’ January 6 decision to reject its application for registration as a political party.

Muda’s court documents showed that the RoS had on February 5 informed Muda of certain required amendments to its party constitution and required listing of Muda co-founders according to their current residential address to qualify as a national organisation with co-founders from at least seven states.

Muda had on February 8 wrote to both the RoS and home minister to inform that it had made the necessary constitution amendments and added three additional co-founders to ensure the party had representatives from at least seven states.

Muda had also provided a copy of all Muda co-founders’ identity cards on February 11 to the RoS after the latter had on the same day requested for such documents.

Muda’s previous court documents said the RoS had on February 24 said it was in the process of vetting the three additional co-founders, and that RoS had on March 21 wrote an email to say that Muda’s appeal had not been forwarded to the home minister yet as RoS was still waiting for comments on the security vetting.

After an 81-day wait or waiting for more than two months for the home minister to decide on the appeal filed in February, Muda on April 26 then filed its second lawsuit which was supposed to be heard on its merits today.

Lim had previously in court documents pointed out RoS’ own client charter of registering new non-political organisations that complied with the Societies Act within five working days as a benchmark, noting that ruling coalition Perikatan Nasional was registered in three days and Pertubuhan Pribumi Bersatu Malaysia was previously registered in about 30 days.

From the time that Muda had filed its appeal to the home minister on February 4 until the notification today that the minister had made a decision on the appeal, slightly more than six months have passed.