Tan Sri Dr Noor Hisham Abdullah said the officer, whose death was reported today, was detected to be positive for Covid-19 on July 31 through a RT-PCR test, noting that this person had a history of attending the Dewan Rakyat special sitting from July 26 to July 29. ― Picture by Yusof Mat Isa
Follow us on Instagram, subscribe to our Telegram channel and browser alerts for the latest news you need to know.
By IDA LIM

Dr Noor Hisham said the officer, whose death was reported today, was detected to be positive for Covid-19 on July 31 through a RT-PCR test, noting that this person had a history of attending the Dewan Rakyat special sitting from July 26 to July 29.

Dr Noor Hisham said this officer had tested negative twice in the pre-screening test on July 23 before the Dewan Rakyat sitting, and also through the RTK-Ag Self-test Kit using saliva on July 29.

“He then started displaying symptoms on July 31, 2021 and tested positive through PCR test with a Cycle Threshold (CT) value of 14.88. His condition worsened and was admitted to the hospital on August 4, 2021 for further treatment.

“But his situation was very critical and passed away on August 9, 2021,” Dr Noor Hisham said in his statement.

While Dr Noor Hisham did not name the deceased officer, news reports earlier today had already identified the officer to be Datuk Jaimin Samitah, who was the special functions officer for Deputy Tourism, Arts and Culture Minister Datuk Guandee Kohoi.

Today, Dr Noor Hisham provided updates, saying that nine additional cases have been reported, which brought the number of cases linked to Parliament meetings to 97.

The four close contacts — of those testing positive in the pre-Dewan Rakyat screenings — were found positive using RTK Ag tests on July 23, and all had mild symptoms and were given Home Surveillance Orders (HSO) and have since recovered and started working again after their HSO ended.

As for the four other close contacts of Dewan Rakyat attendees, one of them has a CT value of 19.62 which represents high infectivity, while the rest had CT values of between 32.76 and 36.07.

Out of the nine additional cases, Dr Noor Hisham said six of them had completed their full two doses of vaccination against Covid-19, while two of them were children that had yet to be qualified for vaccination and were close contacts of the Covid-19 cases detected.

“The Health Ministry’s findings so far found that although these positive cases do not have connections except for being close contacts, but the sharing of rooms and basic facilities such as toilet, surau and dining area by many individuals have resulted in risks of Covid-19 infections spreading in Parliament,” he said.

He advised those who had been present in Parliament to continue to self-monitor their health through the MySejahtera app, and to carry out Covid-19 tests and seek immediate treatment if they display symptoms.

He also said that samples from eight of the positive cases from Parliament with low CT value were sent to the Institute for Medical Research for genomic tests, with five found to be of the Covid-19 variant of concern Delta, while two samples could not be processed and one is still pending results.

Previously on October 16, 2020, Dr Noor Hisham had on Facebook explained the significance of CT values, where a low CT value could indicate high viral load in the body, Covid-19 infections in the early stages, high infectivity at that point if exposed to other individuals, and a possibility of the effect of mutations of spike proteins that could increase infectivity with high virus load. 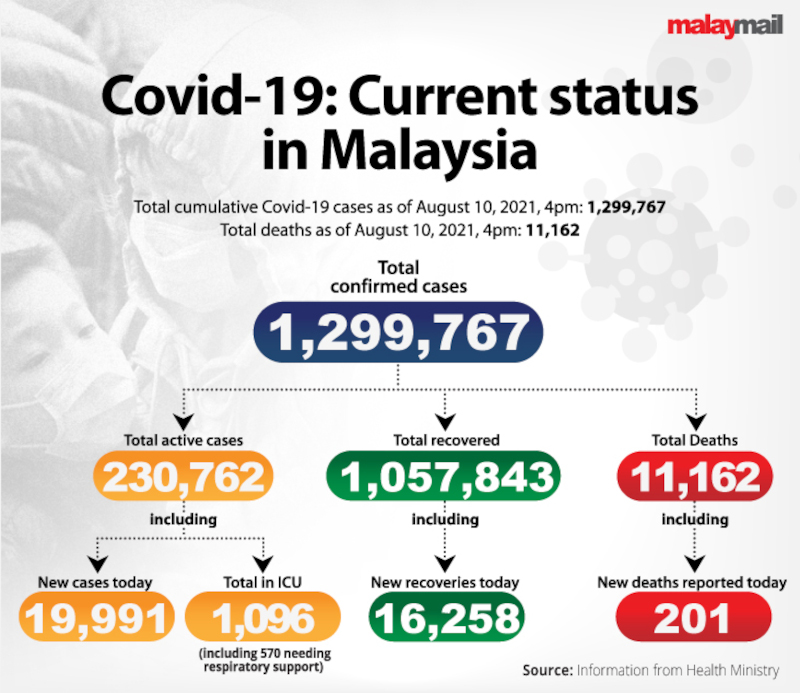