Tun Mahathir Mohamad speaks to the media during a press conference at Perdana Leadership Foundation in Putrajaya January 7, 2021. — Picture by Shafwan Zaidon
Follow us on Instagram, subscribe to our Telegram channel and browser alerts for the latest news you need to know.
By JERRY CHOONG

KUALA LUMPUR, May 27 — Former prime minister Tun Dr Mahathir Mohamad today suggested widening the physical distance between people to two metres instead of one metre as is the current requirement under the standard operating procedure (SOP) when in public places.

He said this would be a better standard as the latest scientific findings show the Covid-19 virus is airborne.

“I believe the police and other frontliners should ensure the social distancing is upheld properly,” Dr Mahathir said in a post on his blog.

The Langkawi MP said many people are not following the proper SOPs while outside their homes and shared his observations on how and why clusters start.

“Two days ago, while on the way back from my office at the Perdana Leadership Foundation, I noticed project workers standing by the side of the road waiting for work buses.

“They were squatting in a row, with about 20 people in a line. The most noticeable thing is that they were not practising social distancing, and some wore their face masks below their chins, while one or two did not wear masks at all,” he said.

The former general practitioner of medicine said he does not believe these workers have been vaccinated, and that they clearly did not bother to follow the SOPs.

He said that the failure to physically distance and wear face masks fully covering the nose and mouth can be commonly seen in many public places where people converge, including in malls and outside mosques.

“The number of cases has increased, in the past three days the number of new daily cases increased past 7,000. It is likely this will further increase.

“This increase is evidence that the SOPs are either not working well or ineffective. I believe workers in other places similarly ignore the SOPs,” he said.

Dr Mahathir added that during Muslim prayers at mosques, social distancing is maintained. But following prayers and while leaving the mosque, congregants do not maintain this rule and instead mingle as they ordinarily do.

He said that there must strict observation of the SOPs.

“The economy will decline because of the lockdown, but better an economic decline than death,” he said.

The number of patients in intensive care nationwide rose again to 771. 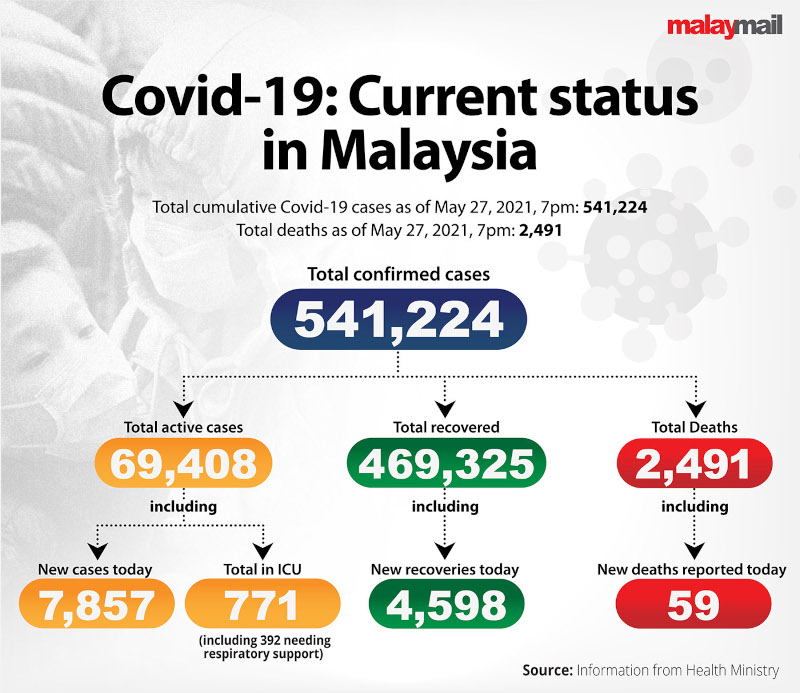