Siti Rohani and family celebrating Hari Raya as a family last year. — Picture courtesy of Siti Rohani
Follow us on Instagram, subscribe to our Telegram channel and browser alerts for the latest news you need to know.
By ASHMAN ADAM

KUALA LUMPUR, May 13 — Hari Raya Aidilfitri is one of Malaysia’s biggest festivals and marks the end of Ramadan, the Islamic holy month of fasting from dawn to sunset to rid Muslims of vices accumulated throughout the year while teaching discipline and self control.

Balik kampung, or the act of returning to family homes has become a yearly thing for both Muslims and non-Muslims in the country, usually causing major traffic jams a few days prior and after the holiday.

Aidilfitri is synonymous with families and friends seeking forgiveness from each other, visiting ancestors’ graves, saying prayers at the mosque and visiting relatives and friends to dine on traditional Malay delicacies like rendang, ketupat, lemang and lontong, among others.

Covid-19 brought all these traditions to a halt last year as the government imposed a strict movement control order (MCO) to prevent its spread in the country.

One year on, the situation is painfully the same for those who usually travel home for the festive season, as the government reintroduced another nationwide lockdown that began on the eve of Aidlilftiri.

For Siti Rohani Ahmad Daud, a 60-year-old retired mother of three from Penang, one of the hardest things about not being able to travel back home for Hari Raya is not seeing her mother.

“She’s getting older by the year. I haven’t been able to go back home to Penang to see her since Covid-19 and the first movement control order and this is the second Raya that I won’t be with her.

“I miss her so much,” she said teary eyed.

To make matters worse, Siti will also be separated this year from one of her daughters who works as a music teacher in Johor.

“Our usual routine before Hari Raya is all of us get together a few days before to make sambal godok. It is my late mother-in-law’s recipe and my husband's favourite Raya dish that we will always have on the first day of Raya.

“This year when I was making it, I could not hold myself back from crying. Raya is supposed to be about being with your family, spending time with them and laughing with them.

“We’re just not in the mood for it at all this year,” she said. 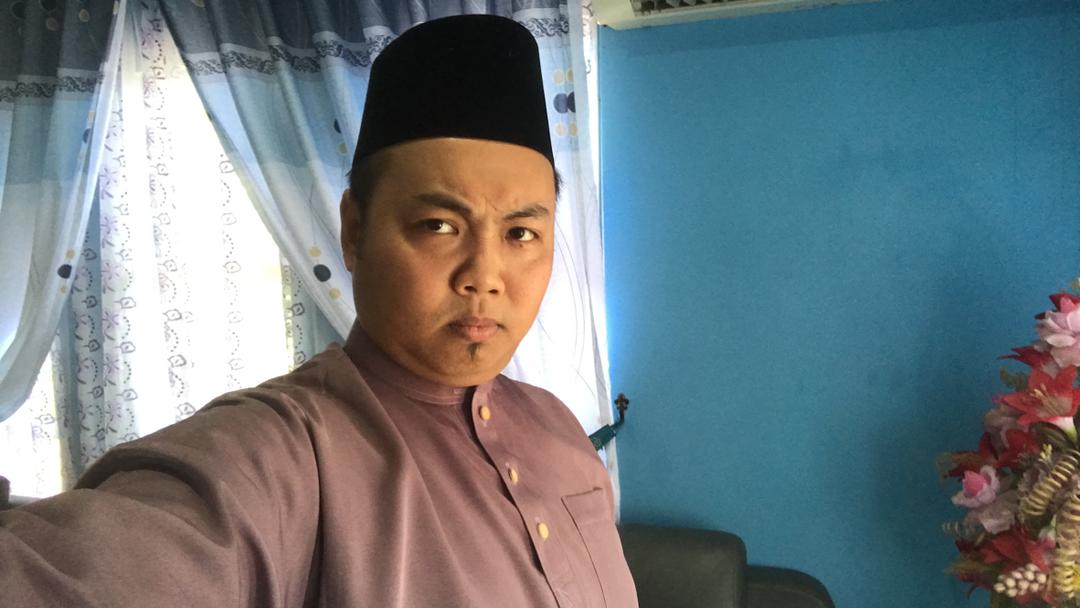 Azamri Dollah sent a selfie to his family on the first day of Raya last year. — Picture courtesy of Azamri Dollah

For Azamri Dollah, a 34-year-old human resource manager hailing from Kuching, Sarawak, this would also be the second year he was unable to travel home to celebrate Aidilfitri with his family.

While this has left him feeling disappointed and frustrated, he said he understood why the drastic measure was needed.

“This is the second year I’m missing Raya celebrations with my family. Even though we have the technology nowadays to compensate, it is not the same as being there physically being with my family.

“But as of now, I just need to bear with it for a while. It’s also for my family’s safety, especially with the number of Covid-19 cases coming up these few weeks.

Azamri said he felt that the government did a better job at managing the Covid-19 pandemic last year versus now, adding that they should have foreseen that many people would have wanted to travel during Hari Raya and set guidelines to ensure that it would have been safe for people to travel.

“Last year, we managed Covid-19 properly because we had good planning. Now, everything has gone haywire and become such a mess. Daily cases are uncontrollable now.

“They already knew from last year that Malaysians don’t take too lightly their holidays being taken away. The government should have acted sooner! If you want to impose an MCO, impose it when you know it doesn’t interfere with the people’s wishes.

“And for goodness sake, they need to stop with the last minute announcements!,” he said, adding that he had made plans to celebrate with several other Sarawakians this year but had to cancel these due to the MCO.

“In Sarawak, we celebrate Raya a little differently. Instead of the usual ketupat and rendang, we also have kek lapis. This year, I ordered a whole bunch for the celebration I had planned with my friends, but now it’s all just laying in my house with no one to eat them,” he said. 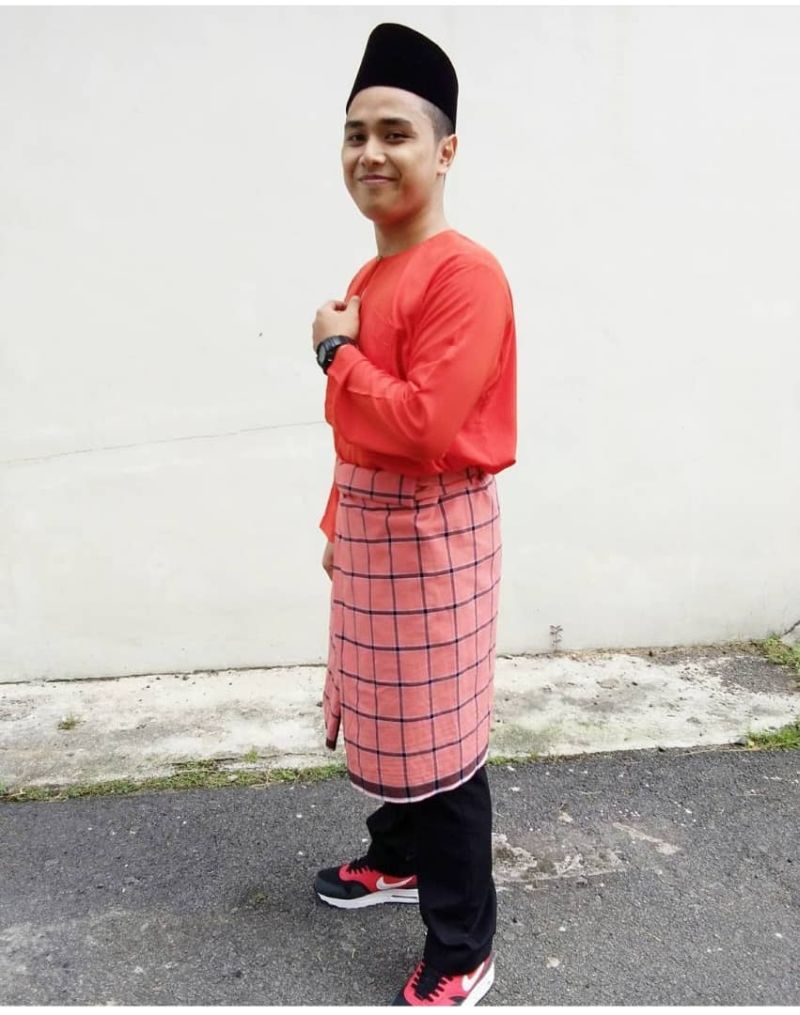 However, for 30-year-old content creator Nasrul Rosman, he said that the government’s move to impose the MCO ahead of Aidilftire was unavoidable, citing the stubbornness of people and their non-adherence to the SOPs put in place to combat the pandemic.

“Raya is all about togetherness, but how can we be together when everyone is falling sick and contracting Covid-19, risking everything and everyone else by taking unnecessary actions in the name of tradition.

Nasrul, originally from Johor Baru, Johor, said that he is thankful that he comes from a family that understands the importance sticking to the SOPs in order to curb the spread of Covid-19 in the country, adding that wisdom from his family had helped him get over the sadness of being alone during Raya.

“Usually by this time, we’ll all be back at my Paklong’s house. Everyone would be there. We would go to my ancestors’ graves and clean them out, visit relatives who we haven’t seen for a long time.

“But I personally think health is more important than that. I don’t want to go home and bring a plight of misery to my family. I want to only go home when I know it is safe for me and my family to be together, not before that.

Nasrul said that while he was sad to miss Raya last year with his family, but this year, he was a little more angry than anything else as he feels this could have been avoided if more people had adhered to the SOPs set by the government.

“To all those people who are so fixated on returning home for Raya, you have no consideration for others around you. I would not be surprised if we see the number of Covid-19 cases skyrocket to the 10,000’s if the government did not impose the MCO.

“I’m not saying we cannot go back, but we must be smarter. I too miss celebrating with my family, eating nasi impit and rendang, catching up with my aunts and uncles, making fun of my kid cousins, I miss all that,” he said.

On Monday, Prime Minister Tan Sri Muhyiddin Yassin unexpectedly announced a nationwide MCO from May 12 until June 7, the first time the government has issued such an order spanning four week.

Yesterday, Malaysia added another 4,765 Covid-19 cases, the highest since daily infections peaked at over 5,000 in January.