KUANTAN, May 9 — Fifty-eight of the 200 Taman Tanah Putih Baru residents who were said to have gone missing before the housing estate was placed under the enhanced movement control order (EMCO) on May 5, have returned to their homes.

“We do not know why they left their homes just before the EMCO was enforced but we hope those who are still away will return to undergo screening by tomorrow or contact the police to inform their whereabouts for further action.

“They must go through the screening so that the housing estate Covid-19 cluster will end soon. We fear more problems will arise if the residents are unaware of their health status. We will give more time for the screening to be conducted as long as they come forward.”

Meanwhile, Sallehuddin said several supermarkets have been urged to deliver provisions to help replenish stock of grocery items at the shops in the EMCO area to enable residents to prepare for Hari Raya.

Apart from that, the state government had distributed aid including essential goods to the residents including those on home quarantine.

On the Aidilfitri celebration, he said Pahang residents, especially those in Kuantan are advised to limit their movements throughout the Hari Raya holiday period to help curb the spread of Covid-19 as the number had been increasing recently.

He said the main concern was that the state’s healthcare providers may not be able to cope with the surge in patients after the festive season if there was no proper control of the situation.

“Currently, we have sufficient medical equipment as only 50 per cent are being utilised. However, last week there has been a spike in cases due to new clusters in several locations, especially in Kuantan, Rompin and Raub and new positive cases have been increasing in other districts,” he said.

He said after Kuantan, the state government would try as far as possible not to impose the MCO in other districts, but this would require the cooperation of all communities.

The MCO will be enforced in Kuantan district from tomorrow until May 23. — Bernama 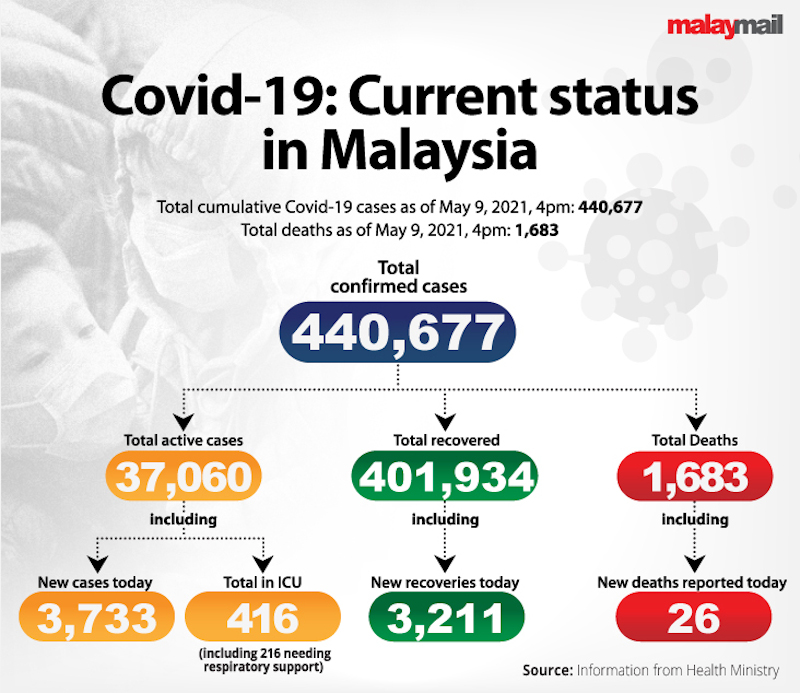