KUALA LUMPUR, May 4 — The movement control order (MCO) in six Selangor districts from May 6 until 17 meant food outlets in these districts may not cater to dine-in orders during this period, said Senior Minister (Defence) Datuk Seri Ismail Sabri Yaakob.

However, this will not affect similar outlets in Kuala Lumpur that will remain under the conditional MCO despite 408 more Covid-19 infections reported there today.

Under the National Security Council’s (MKN) standard operating procedures, food outlets in MCO areas are only allowed to fulfil takeaway and drive-through orders.

Earlier, Ismail Sabri announced that Hulu Langat, Petaling, Gombak, Klang, Kuala Langat and Sepang in Selangor will come under the MCO from Thursday.

Ismail during his security briefing today said that the SOPs for the MCO districts would be similar to what is happening in other states with no changes.

“Just like in other states, the SOPs for MCO in these six districts are the same that is happening in Kelantan and several districts in Kedah. 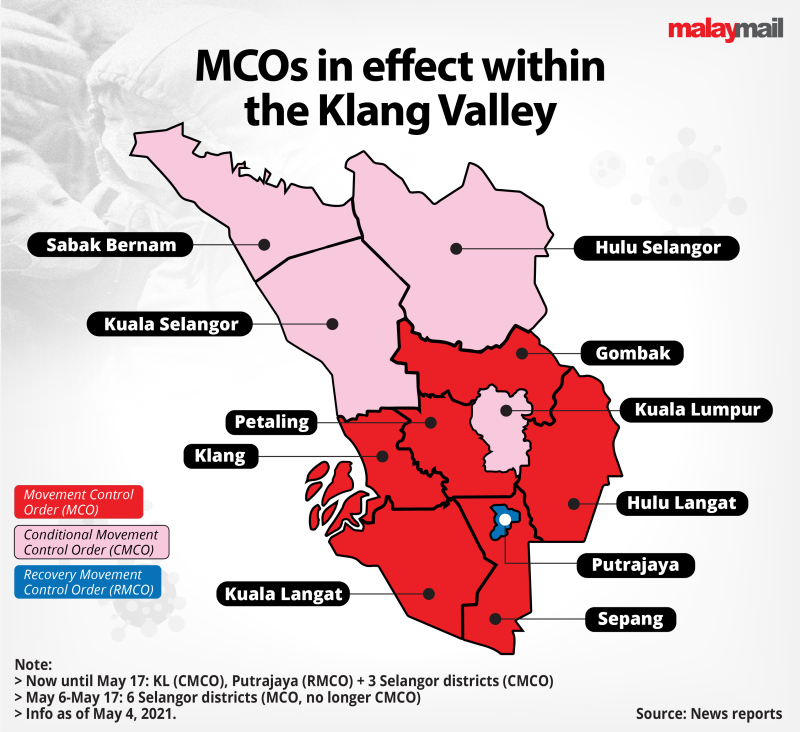 “For example food trucks and kiosks and restaurants can open till 12am but not till sahur,” he said.

Any area under an MCO is not allowed to have people gathering in public for long periods of time, hence the no dine-in rule.

In Kuala Lumpur, cases have remained in the three-digit range for the past eight days, making it among the top three in cases per state. 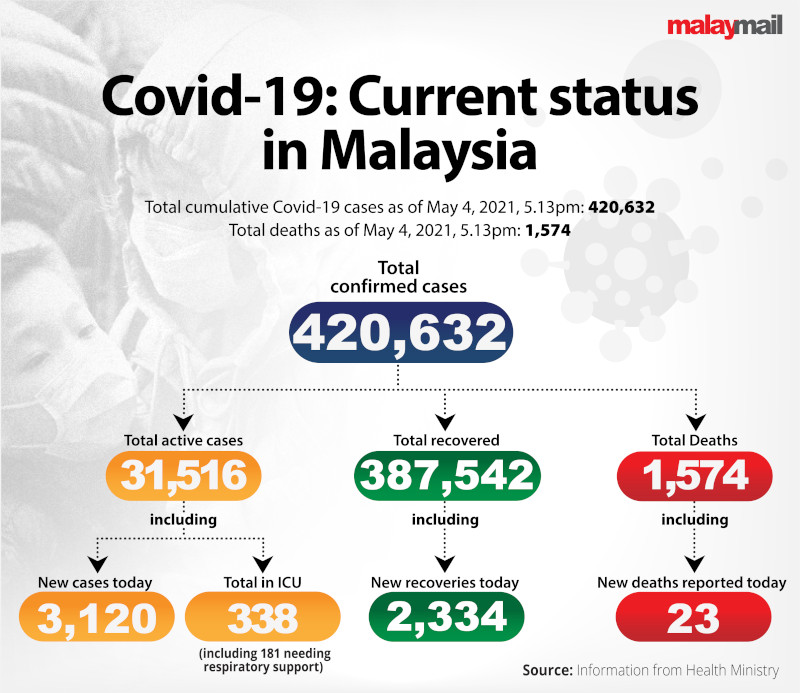