IPOH, April 15 — A Chinese national, who was reported to have caused several premises here to close for Covid-19 sanitisation after she tested positive for the virus is currently being quarantined in Kuala Lumpur.

Ipoh district police chief ACP A. Asmadi Abdul Aziz said checks found that the woman was not a model as reported but a businesswoman and she held a visa under the Malaysia My Second Home (MM2H) programme.

“She had an interstate permit issued by a police station in Kuala Lumpur to travel on official work to Ipoh from April 9 to today but underwent a PCR (polymerase chain reaction) test at a private medical centre in Ipoh on April 10 and received a positive Covid-19 result the next day.

“As soon as she received the test results, she returned to her home in Kuala Lumpur without stopping anywhere along the way, and she was proactive by contacting the Ministry of Health (MOH) about the test result. She is now under a quarantine order,” he said when contacted by Bernama here, today.

Asmadi said the case was being investigated by the MOH in Kuala Lumpur and until now the Kinta district health office (PKD) had not received any relevant alerts regarding the woman’s contacts in Ipoh, adding that there were no cases involving Covid-19 positive cases linked to her.

However, he said the Kinta PKD visited premises that the woman had patronised for sanitisation to be done.

“The MOH is conducting further investigations to see if any action need to be taken based on the actual facts of the case and whether an offence had been committed,” he said.

Earlier, a local Chinese-language newspaper reported that the woman had through her Instagram page apologised for not undergoing the quarantine process before being confirmed positive for Covid-19.

It said, the woman, believed to be from China and working in Malaysia, returned to Ipoh from elsewhere on April 9 and underwent a Covid-19 screening test after she was said to have made close contact with an individual with Covid-19 but did not undergo self-quarantine. — Bernama 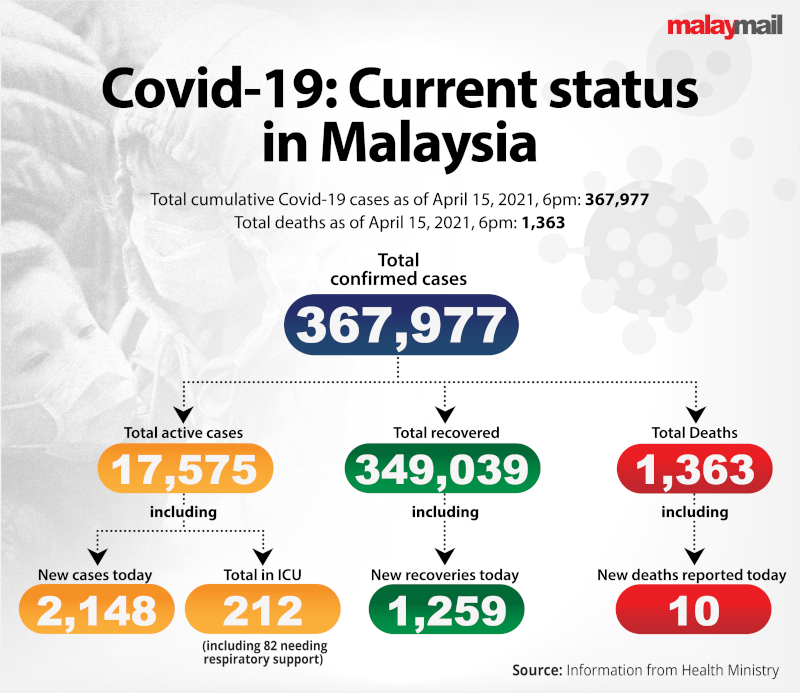