Other states were in the double and single digit ranges while Perlis saw a second straight day with no fresh cases.

He said 169 patients are in intensive care units and 76 were in need of ventilators.

He said 1,127 patients made recoveries.

“There are 381 active clusters where new cases were reported from 60 clusters.

“The three new clusters are from Selangor, Kelantan and Johor, where cases were detected from work place, community and detention centre respectively,” he said. 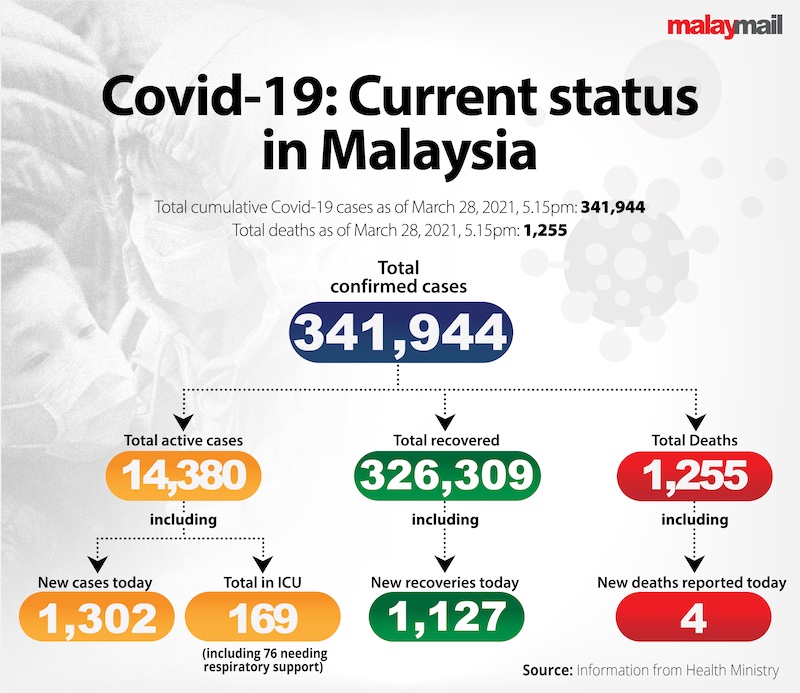