Meanwhile, in Sarawak, the CMCO has been extended to March 29, he added.

Meanwhile, Kedah, Perak and Negri Sembilan will be under the recovery movement control order (RMCO) from March 19 following an improvement in the Covid-19 situation in all three states.

Currently, the three states are under the CMCO.

“Kuala Muda and Kulim in Kedah, however, will remain under CMCO as there are still active clusters,” he said.

For Sabah, Ismail Sabru said the RMCO applies to all districts, except for Nabawan, which will remain under MCO for another two weeks due to the high number of Covid-19 infections.

“The RMCO for Perlis, Melaka, Pahang, Terengganu, Sabah, Putrajaya and Labuan will also be until March 31,” he said.

Ismail Sabri said interstate travel in the country is still not allowed except for tourism purposes between RMCO states.

With the new changes, inter-district travel has now been allowed for all states, except Sabah and Sarawak. 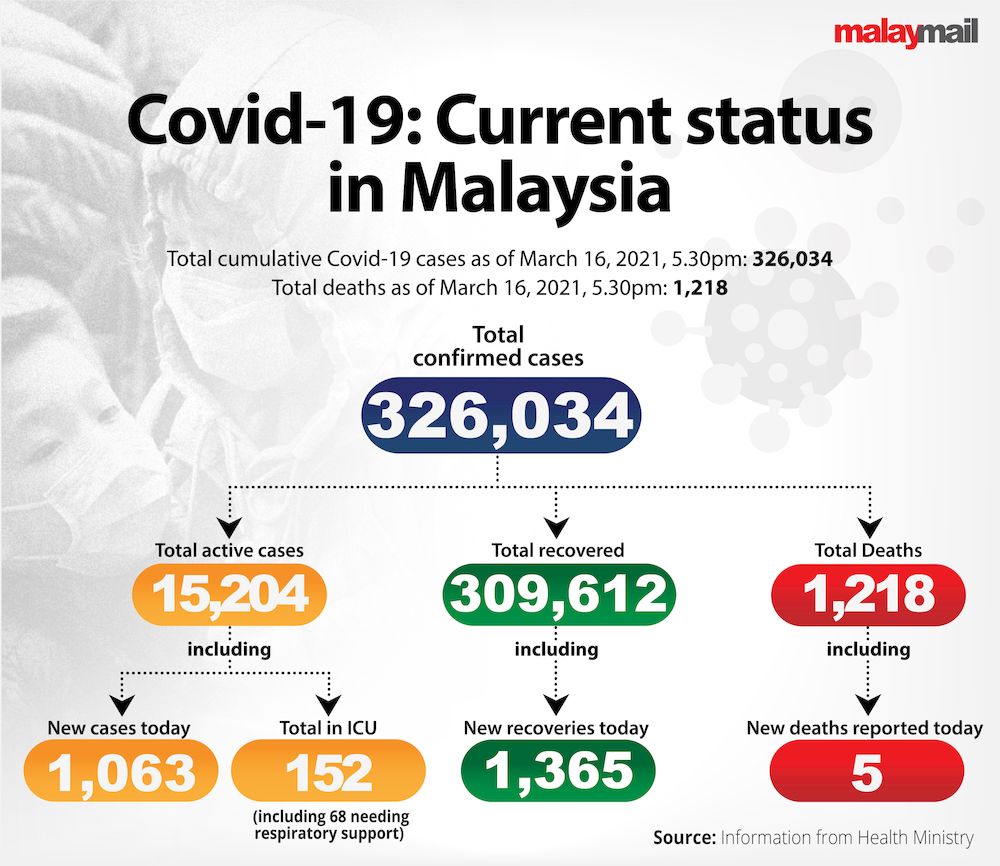