Dr Izzah Amirah Mohd Ahir (right) and Dr Shahdattul Mawarni Indahwan Shahputri Taib working out at Anytime Fitness in Shah Alam February 12, 2021. ― Picture by Yusof Mat Isa
Follow us on Instagram, subscribe to our Telegram channel and browser alerts for the latest news you need to know.
By YISWAREE PALANSAMY

KUALA LUMPUR, Feb 13 — Excited fitness enthusiasts and gym operators heaved a huge sigh of relief on the first day of gym reopening yesterday, at the sight of a familiar environment, albeit stricter rules enforced by the government.

At the Anytime Fitness gym in Plaza Shah Alam here, gym members arrived early after booking their slots using a smartphone application, when the centre began operating at 10am.

Medical doctors Dr Shahdattul Mawarni Indahwan Shahputri Taib and Dr Izzah Amirah Mohd Ahir were some of the earliest to arrive after what they termed to be an “anxiety-filled hiatus”.

“As medical doctors, we work very long hours and the gym is our happy place. After it was closed down for more than two weeks, I just worked out at home. I have light dumbbells, and I do skipping regularly, but it can never beat that feeling of being in the gym with the energising music and overall ambiance, she told Malay Mail.

Dr Izzah agreed with her best friend since their university days, adding that she was motivated to join the gym after witnessing Dr Shahdattul's incredible weight loss.

“When I heard the gym reopened, I could not help feeling so glad. We need to keep ourselves fit and healthy too. When I have time I workout at home, but it doesn’t beat the feeling of going to the gym, and because I am paying for it, so I get my money's worth.

“We like weight training, so the gym is the place for that. The ambiance gives you that push. You can't get this at home. I saw Shadatul training and she has lost so much weight since. We were quite anxious when the gyms closed. We are glad now,” she said when met. 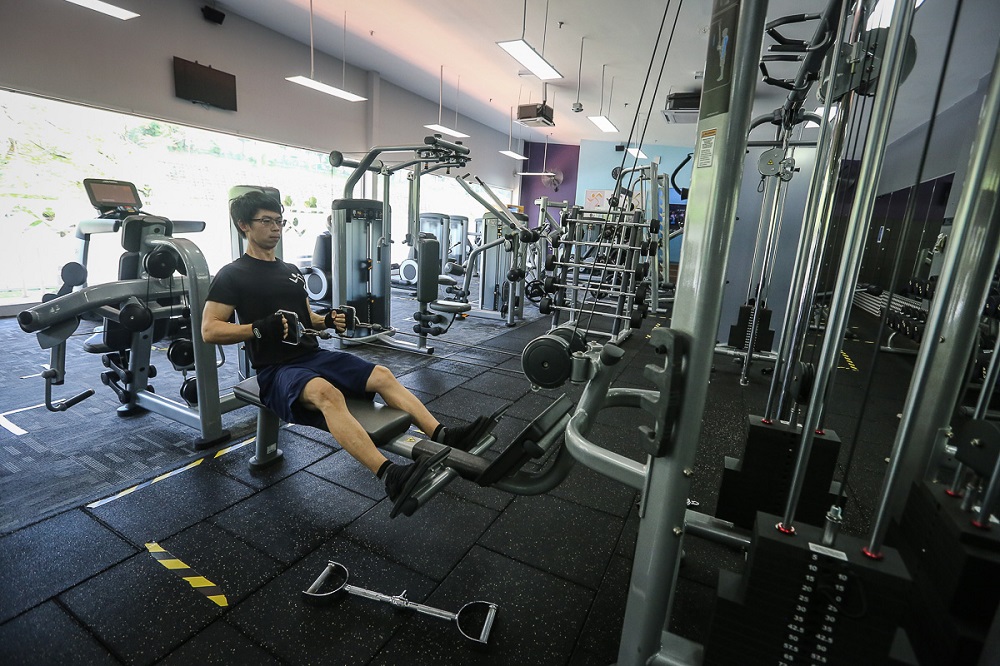 The gym is Simon Chieng’s solace as he is not able to celebrate the Chinese New Year with his family in Sarawak. ― Picture by Yusof Mat Isa

For Simon Chieng, the gym is his solace as he is not able to celebrate the Chinese New Year with his family in Sarawak.

Chieng, an oil and gas engineer, turned up early today, to spend the first day of the celebration, getting fit.

“I have been coming here for two years, but I was kind of prepared for this (gyms to close again). I was working out at home, but I really wanted to come back to the gym.

“No reunion dinner this time as I am from Sarawak. Nothing much, so why waste time? I'd rather pump it out here,” Chieng added. 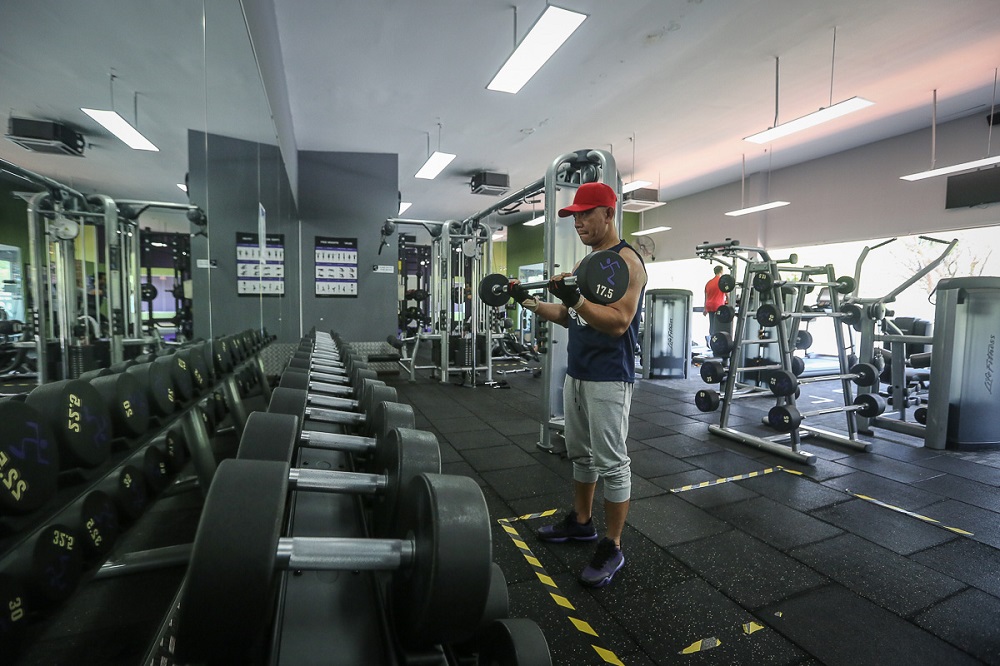 Zulkifli Ahmad, who has been training to improve his health for four years, said his journey began after a scary reality check from his doctor.

“I almost had diabetes. Borderline to almost getting diabetes, so I decided to change my lifestyle.

“I was pretty anxious when the gym was about to close and some of my friends and I invested in some gym equipment to work out in the park. But it just cannot replace the feeling of being here and working out,” the area operations manager for an international courier company said.

For reigning national bodybuilding champion Syarul Mike Mahen, the “Year of the Ox” has been a blessing.

“I am very happy as I struggled before this without a gym. I am having a few competitions coming up. I hope this year will be a good year, as the gym reopened in the Year of the Ox.

“I have four competitions coming up; the Asian Bodybuilding and Physique Championship, there is another competition in the Maldives in September and the Sea Games in Vietnam in November and the World Championship in December with the venue yet to be confirmed,” Syarul also known as Mike Mahen told Malay Mail.

Syarul is a five-time Asian Bodybuilding and Physique Championship winner and won the World Championship four times in a row between 2016 and 2019.

“I began my training today. No looking back now. I shall charge forward like an ox,” Syarul who frequents the Body Factory gym in Kelana Jaya said.

Ismail said the utilisation of these facilities is via appointment only and walk-ins will not be allowed to ensure physical distancing rules.

He said other usual Covid-19 safety precautions must be strictly adhered to.

“For gyms, all equipment must be placed at least two metres of each other and only 30 per cent capacity are allowed at any one time. 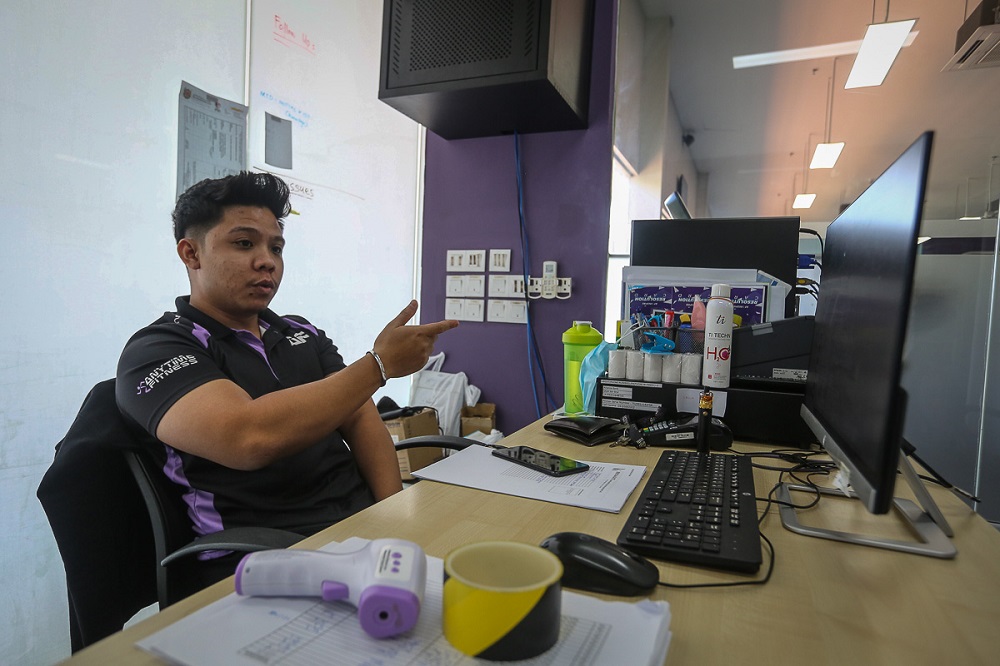 How did gyms prepare?

Anytime Fitness' senior brand ambassador Mohamad Fahmi Suhairi Suhaimi said that the company had forked out more payments to sanitise all of its branches, and had rearranged equipment and machines to comply with the social distancing rule.

“We also allow only 25 people for one hour, and they must book their slots via our mobile application. We also placed disinfectant solutions and towels near every equipment and it is mandatory for clients to sanitise what they use, on top of the regular cleaning our cleaners do,” he said.

Mohamed Fahmi said that group classes have been temporarily suspended as it usually attracts many people.

“When we reopen that later, we would again be limiting participants. We were indeed stressed when gyms could not operate during the second movement control order (MCO initially, and we then focused on developing online classes for our members. It's not easy as we had to update videos for many people and the internet was an issue too.

“We are truly glad to see our centres coming back to life albeit with stricter rules,” he added.

Personal trainer Abdul Kadir Mahmod said that he was inundated with calls from clients asking for updates on gym reopenings.

“I can't work from home either, so it felt out of place. A rude awakening of sorts, again. I did training videos for my gym, to be watched through the mobile application by clients and work out from home. Now, I'm just glad to be seeing and training them in person,” he said. 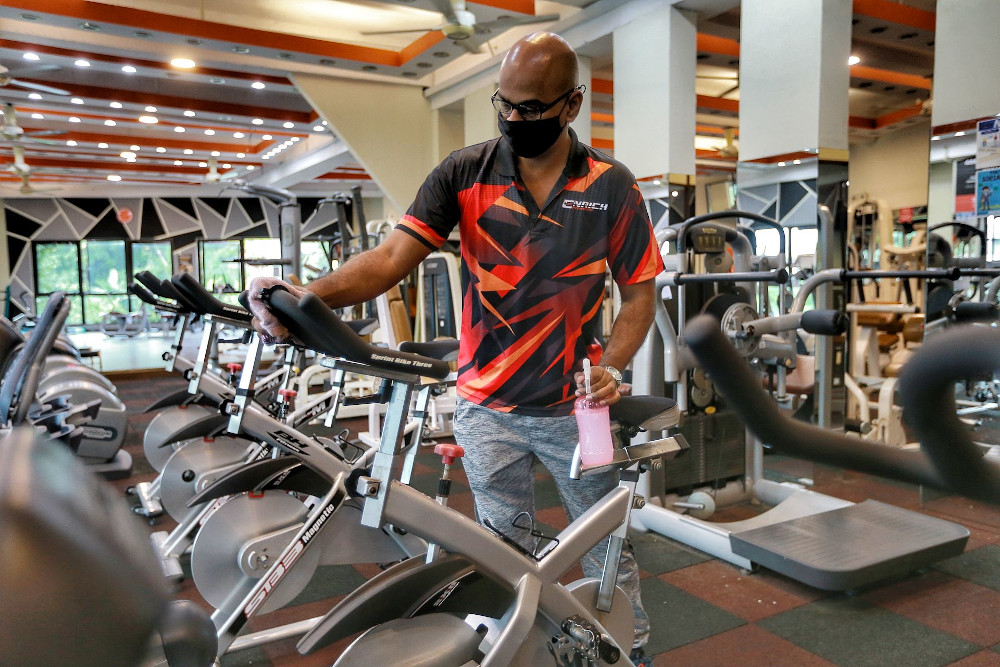 K. Krisha Kumar who owns the Enrich Fitness gym outlets in the Klang Valley said that he is now concerned with forking out more money after already experiencing losses from having to shut down his premises thrice, since the first MCO last year.

Nonetheless, he said that the support from his customers and their enthusiasm to return keeps him going.

“For now we are preparing our centres to comply with the SOPs as it is stricter than before, so I need to invest more,” he said, adding that he would be hiring two more staff for each of his gyms and formulate mobile registration application system and QR code for slot bookings since walk-ins are not allowed.

“Overall, I'm just happy that I can run my business. Even today, many came though it is the Chinese New Year,” the Gym Entrepreneurs Association Malaysia president and the Kuala Lumpur Bodybuilding Federation president, said.

He said that he would be investing about RM10,000 for each of his gyms, in complying with the government regulations, to purchase sanitisers and towels for his members.

Krishna also made a plea to the government and the state government to consider exempting small gym owners like him from the annual license fee for at least six months, to allow them to recover their losses.

“For shop lot gyms, the local council's licence fee for a year is about RM2,000, depending on the size of the premise, compared to the licence for restaurants for example, which is of the same size, that costs only RM200,” he said.

He also urged the authorities to revise the rate imposed on them later.

He added that small gym owners like him, also outnumber high-end centres which usually have good investor backings and financial buffers to fall back on.