A general view of the Kuala Lumpur city centre November 22, 2020. — Picture by Hari Anggara
Follow us on Instagram, subscribe to our Telegram channel and browser alerts for the latest news you need to know.
By YISWAREE PALANSAMY

KUALA LUMPUR, Jan 24 — The EU-Malaysia Chamber of Commerce and Industry (Eurocham Malaysia) today denied that Putrajaya is mulling a complete economic lockdown after February 4 if Covid-19 cases continue to spike and urged the public to be responsible to prevent such an event from recurring.

In a statement today, the organisation said that a leaked internal memo which was widely shared today was issued only for its members, after an informal discussion with the International Trade & Industry Ministry (Miti) last Friday.

It said that the discussion with the ministry was aimed at raising awareness on how the business community can play its role in flattening the Covid-19 curve, and the economic repercussions that could follow if businesses do not play a proactive role while expecting the government to exhaust its efforts independently.

“In this context, the demanding situation of workers accommodations has been raised many times and was mentioned in our internal circular as a crucial contribution in the effort of breaking the chain.

“Furthermore, Eurocham Malaysia wishes to clarify that while Miti underscored the heightened sense of urgency that currently prevails, given the rising number of cases, there was no mention of an immediate lockdown after February 4, 2021, and therefore, we seek for people to remain focused on the bigger picture — in doing their part to ensure that another lockdown is avoided,” the statement read.

“There have been many reports in the media of clusters of infections associated with various factories, construction sites and other places of work. It is imperative that we urge the business community to take this matter seriously and more importantly do their part, by investing in resources to assist in implementing strict SOPs — to avoid another full MCO,” Roche said in the statement.

“Globally, this pandemic has caused panic and disruption to every aspect of life since 2020 and therefore, we should focus on our capacity to contribute to ending the pandemic,” Eurocham Malaysia’s chief executive, Sven Schneider said in the statement.

Earlier today, Malay Mail reported on the memo sent to Eurocham Malaysia’s members, which stated that Putrajaya is set to announce a total economic shutdown after February 4, should the number of Covid-19 cases in the nation continue to not show any improvement.

A source linked to the organisation confirmed the authenticity of the letter with Malay Mail.

The letter detailed a summary of Schneider’s meeting with Miti, which mentioned that the Ministry of Health (MOH) “has made a clear stand on the matter of a complete shutdown of the economy”.

“Should the infection rate not decrease, the Malaysian government will announce a shutdown/strict lockdown immediately after February 4, 2021. This is the current situation we are facing and Miti is appealing to all companies, foreign and local, to join the effort of reducing infections, breaking the chain, to keep the economy open for business,” the letter read.

The letter stated that Schneider was invited to attend the “very important and urgent meeting” at Miti, on the evening of January 22, and that the meeting was chaired by the ministry’s secretary-general, Datuk Lokman Hakim Ali.

It also stated that the MOH believed it is the manufacturing sector, with 99 Covid-19 clusters, which is the main source of infection.

The record for daily new cases of Covid-19 in Malaysia was broken once again, with 4,275 cases reported yesterday.

However, daily recoveries from the disease also reached a new high, with 4,313 people reported to have been given a clean bill of health. 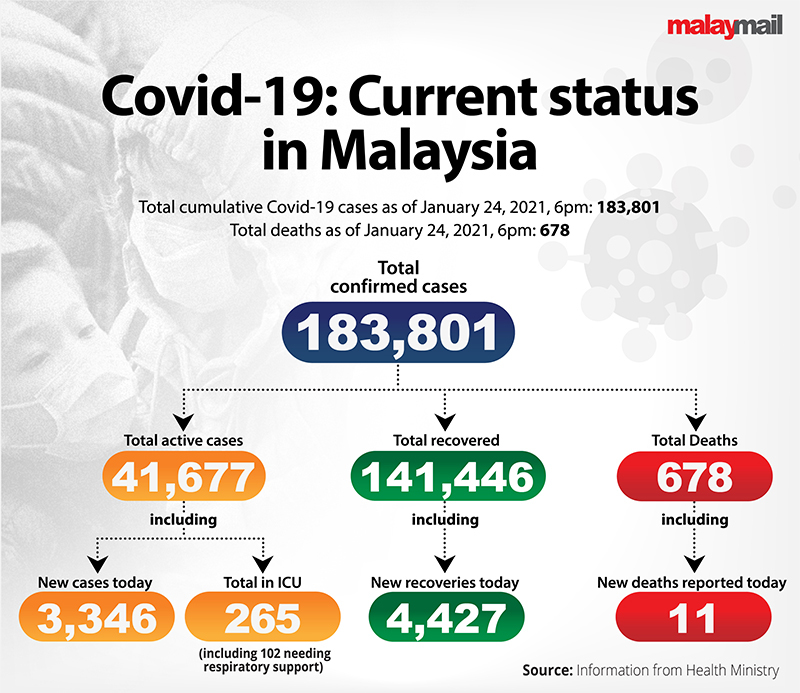