Ezra said he hopes the Shariah trial will be dropped as a result of the Federal Court's decision. — Picture by Yusof Mat Isa
Follow us on Instagram, subscribe to our Telegram channel and browser alerts for the latest news you need to know.
By IDA LIM

PUTRAJAYA, Sept 29 — Ezra Zaid today expressed hope that the Federal Court's decision in his favour today would result in his Shariah trial being dropped by Selangor Islamic authorities.

He said he wants the eight-year ordeal over a Bahasa Malaysia translation of a book published by his company in 2012 to end.

Earlier today, the Federal Court dismissed a bid by Selangor Islamic bodies to appeal the Court of Appeal's September 2019 decision which previously quashed the Shariah trial against Ezra.

When asked regarding the Federal Court's decision, Ezra noted that it meant that the judges upheld the Court of Appeal's decision.

"I feel obviously great about it because this is the final threshold in which any other further appeals can be made and the learned judges supported the decision made by the Court of Appeal which was a year ago.

"So I'm hoping to be able to take today's decision, or rather the Court of Appeal decision to the Selangor Shariah state court and hopefully all charges will be dropped as a result of it. So this was a very good day for me after eight years," he told reporters when met outside the courtroom after the Federal Court's decision.

A recap of the eight-year ordeal

In May 2012, ZI Publications had published the Malay-language translation of Irshad Manji's book titled Allah, Liberty & Love, with the Selangor Islamic Religious Affairs Department (Jais) then on May 29, 2012 raiding and searching ZI Publications' office and seizing 180 copies of the translated book Allah, Kebebasan dan Cinta from the office.

Ezra was then charged in the Shariah court on March 7, 2013 in his capacity as ZI Publications' director and shareholder with the Shariah offence under Section 16(1)(a) of Syariah Criminal Offences (Selangor) Enactment 1995.

Under Section 16(1)(a), any person who — among other things — publishes any book containing anything contrary to Islamic law commits an offence, with such an offence punishable by a maximum fine of RM3,000 or a maximum two-year jail term or both.

Just weeks before the High Court was due to deliver a decision in Ezra's judicial review application or challenge against his arrest and Shariah prosecution, the Shariah trial against him at the Shariah Subordinate Court in Petaling Jaya started on February 22, 2018.

Subsequently, the High Court on March 7, 2018 dismissed Ezra's challenge against his arrest and prosecution in the Shariah court, which then led to Ezra filing an appeal at the Court of Appeal.

On September 25, 2019, the Court of Appeal's three-man panel had unanimously decided to grant a court order to quash Jais' arrest of Ezra as well as the Shariah prosecution against him.

The Court of Appeal had also unanimously ordered that damages or compensation to be assessed for the "mental distress, agony and torture" faced and experienced by Ezra as a result of Jais' wrongful action against both ZI Publications and himself, and to have the High Court assess the damages that should be paid to Ezra.

The Shariah trial was later put on hold as Jais and the others sought leave to appeal at the Federal Court against the Court of Appeal's decision. 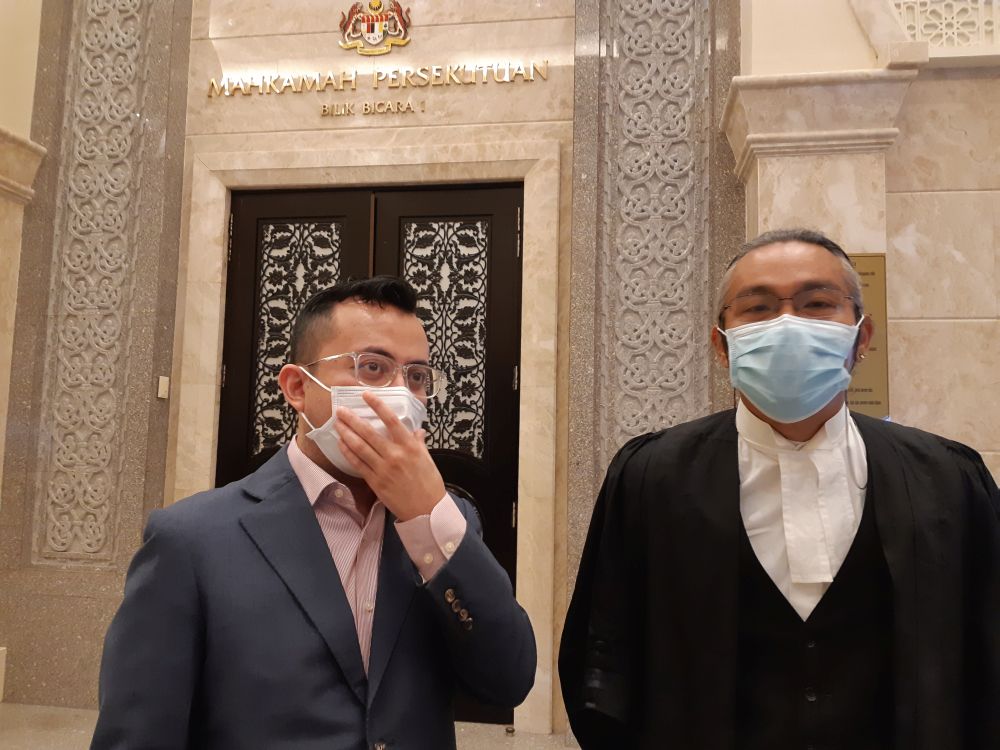 Ezra Zaid (left) and his lawyer Fahri Azzat are pictured at the Federal Court in Putrajaya September 29, 2020. — Picture by Ida LIM

The status of the Shariah trial now

When met by reporters, Ezra's lawyer Fahri Azzat said that the Federal Court's decision today is expected to then lead to the Shariah trial against Ezra being dropped.

Fahri said the answers to both these questions should be "no", having highlighted in court that the Selangor state law that was used to charge Ezra only applies to Muslims, and that a company could not be charged under this law as companies cannot profess any religion.

In court, Fahri had cited the Court of Appeal's September 2019 decision in Ezra's case, where it said that a company cannot take on its shareholders' religion, and that a company could not practise or profess a religion unlike individuals.

Fahri had also cited a Federal Court decision in 1998 which said a company cannot profess Islam.

The Federal Court's three-man panel today unanimously decided in Ezra's favour and accepted the arguments made by his lawyers, and dismissed the bid by Jais and the other Selangor authorities to appeal the Court of Appeal's September 2019 decision that had ruled in Ezra's favour. 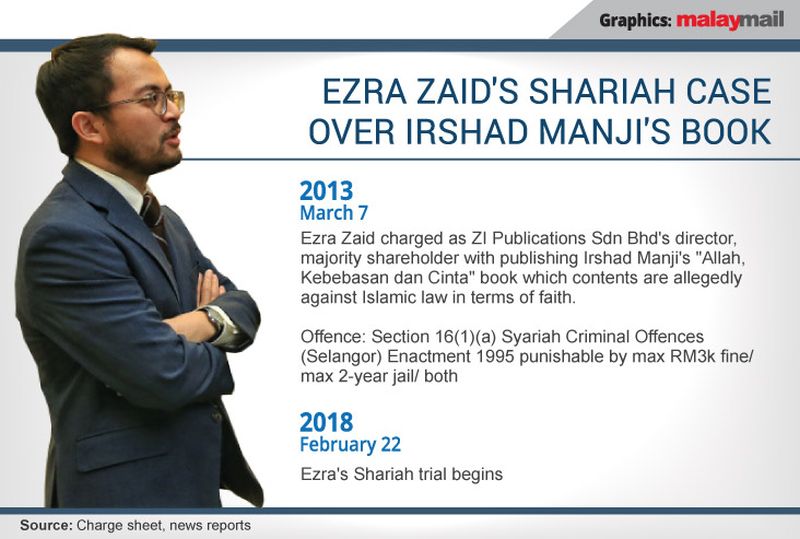