Survey: Most Malaysians are home cooks now, but have started eating out in RMCO

KUALA LUMPUR, July 2 — A significant majority of Malaysians have opted to cook their daily meals at home but some have already started eating out since the recovery movement control order (RMCO) began on June 10, a recent survey by market research firm Vase.ai has shown.

Taken from a total of 1,100 respondents nationwide from an online survey in June, a whopping 85 per cent of respondents said they have been consuming their daily meals by cooking at home, and around seven in 10 said they cooked elaborate meals.

The remaining 24 per cent of respondents said they opted for take-outs, followed by 23 per cent opting for food delivery services and 12 per cent choosing to eat out. 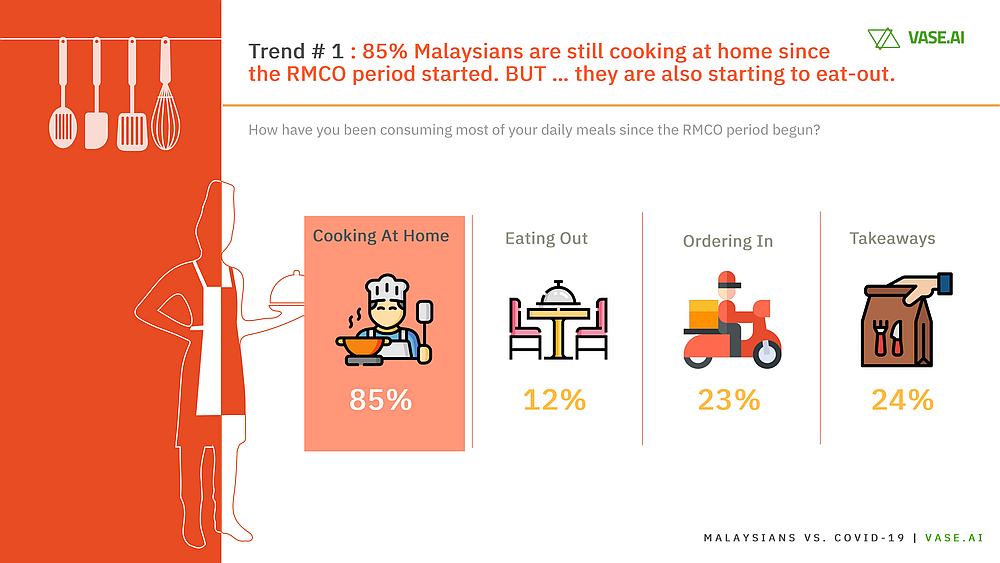 The survey also found that those who spent their time cooking at home chose to prepare elaborate meals which required long preparation time with 72 per cent of respondents doing so.

Nonetheless, 47 per cent also said they chose to prepare easy-to-cook meals like pasta and eggs or microwaved meals, with 30 per cent stating instant meal was the preferred choice, and 20 per cent opting for fast food such as burger and fries.

Rice also remained the staple food consumed by Malaysian households as the survey also indicated that 84 per cent of respondents said rice cookers were used in meal preparation. 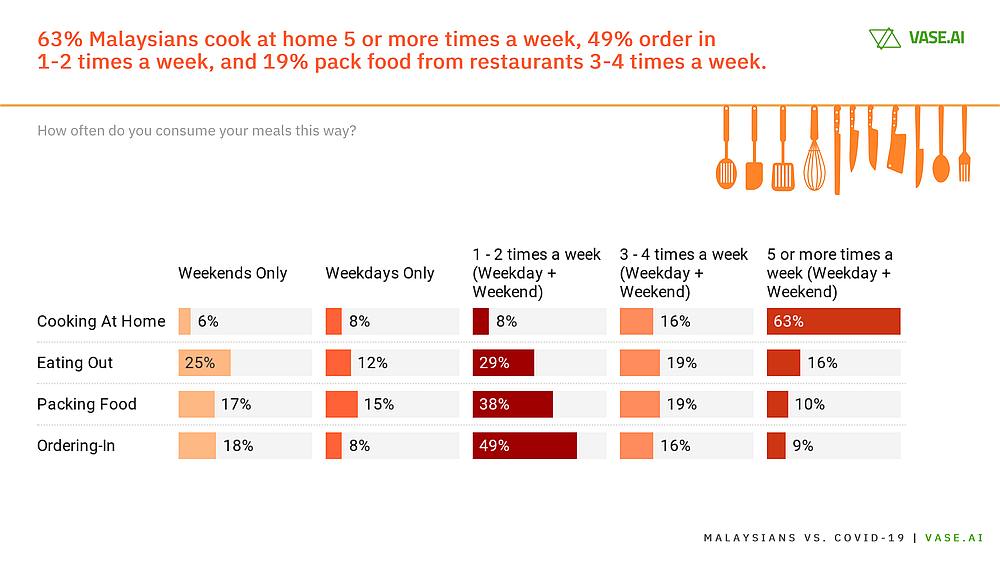 “Malaysians who have been eating out, ordering in and packing food from restaurants have spent less than RM20 on individual meals before the movement control order (MCO) period (42 per cent) and during the MCO period (39 per cent).

In addition, the majority of those who have opted for take-outs and delivery services comprised of millennials aged between 24 and 29 -- with 29 per cent deciding to order their meals from delivery services and 28 per cent packing their food directly from restaurants.

In comparison, 63 per cent of Malaysians cooked at home five or more times weekly while 49 per cent said they ordered one to two times weekly and 19 per cent packed their food from restaurants three to four times weekly.

For those eating out, 29 per cent said they did so one to two times weekly, followed closely by 25 per cent saying eating out was only done during weekends.

Meanwhile, 69 per cent of respondents who answered eating out said they were very concerned about hygiene during meal consumption. This is evident in that 74 per cent stating their dining habits have changed as compared to before the Covid-19 pandemic, with most preferring to dine in open air restaurants with social distancing measures in place and not air-conditioned.

In contrast, 45 per cent of respondents said they chose not to eat outside because they felt uncomfortable and wanted to avoid crowded places while 32 per cent said they were afraid of being outdoors. 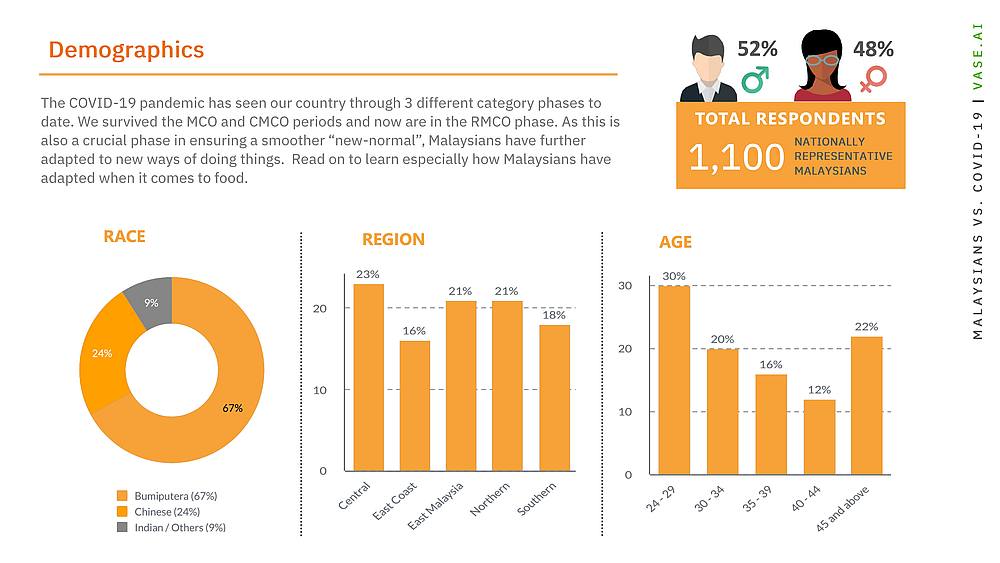 Vase.ai said its survey started on June 20 before the results were collected on June 22. Its proprietary panel of respondents are representative of the country’s demographics, and recruited through via GetVase.com.

On June 7, Prime Minister Tan Sri Muhyiddin Yassin had announced that the country’s first-ever movement control order (MCO) will continue until August 31 under the RMCO.

Under the RMCO, economic sectors were accorded more relaxation by the government to conduct their operations while still adhering to existing standard operating procedures.

The move is part of the government’s several strategies and measures to curb the spread of Covid-19 as the nation moves towards the recovery stage.