PKR president Datuk Seri Anwar Ibrahim shakes hand with his deputy president Datuk Seri Azmin Ali during the PKR National Congress in Melaka December 7, 2019. — Picture by Ahmad Zamzahuri
Follow us on Instagram, subscribe to our Telegram channel and browser alerts for the latest news you need to know.
By KENNETH TEE

AYER KEROH, Dec 9 — The 14th PKR National Congress here over the weekend should have been historic and attention-grabbing for different reasons.

It ought to have been a celebration of the party’s two decades of struggle for justice and reform. It was also the first time Datuk Seri Anwar Ibrahim took the stage as president since his pardon. An injured PKR member is led away following a brawl that took place outside the Melaka International Trade Centre complex in Melaka December 6, 2019. — Picture by Ahmad Zamzahuri

Yet, throughout its four days, the congress was marred with violence and walkouts as the rift between Anwar and his second-in-command Datuk Seri Azmin Ali seemingly grew wider, dragging party members, and ostensibly, the nation along with them.

With the event now over but still on the public’s minds, here are Malay Mail’s observations from the congress: 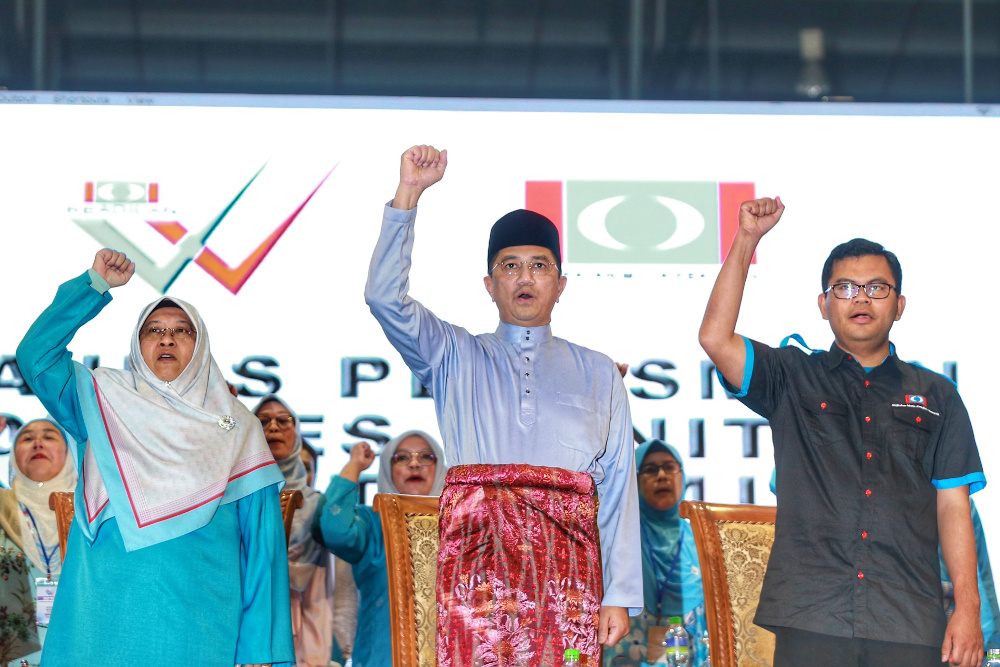 Anwar may be president, but Azmin seems to hold as much sway over the party with several displays of support and adoration from members.

On the first day, which saw the launch of both the Wanita and Youth wings’ meets, there were even those who wore red instead of the party’s iconic light blue, with the words ‘AA TEAM’ printed on their right sleeves — an obvious display backing Azmin.

Prior to Azmin’s speech, the organiser also played a short montage in praise of Azmin’s purported “sacrifices” for the party with nary a mention of Anwar or his wife, past president Datuk Seri Dr Wan Azizah Wan Ismail. Datuk Seri Azmin Ali’s supporters dressed in red gathered to give a rousing welcome during the 2019 Wanita Keadilan National Congress at MITC in Melaka December 5, 2019. — Picture by Yusof Mat Isa

Produced by Wanita PKR information chief Syarul Ema Rena Abu Samah — better known by her “cybertrooper” persona Ratu Naga — the three-minute video highlighted the deeds of Azmin, who, his supporters claimed, had been unfairly targeted by the rival faction.

It was therefore unsurprising to see that the crowd considerably thinned out after Azmin’s supporters walked out on Saturday, and then abandoned the last day, only to join the minister in a separate “mirror congress” in Kuala Lumpur instead. 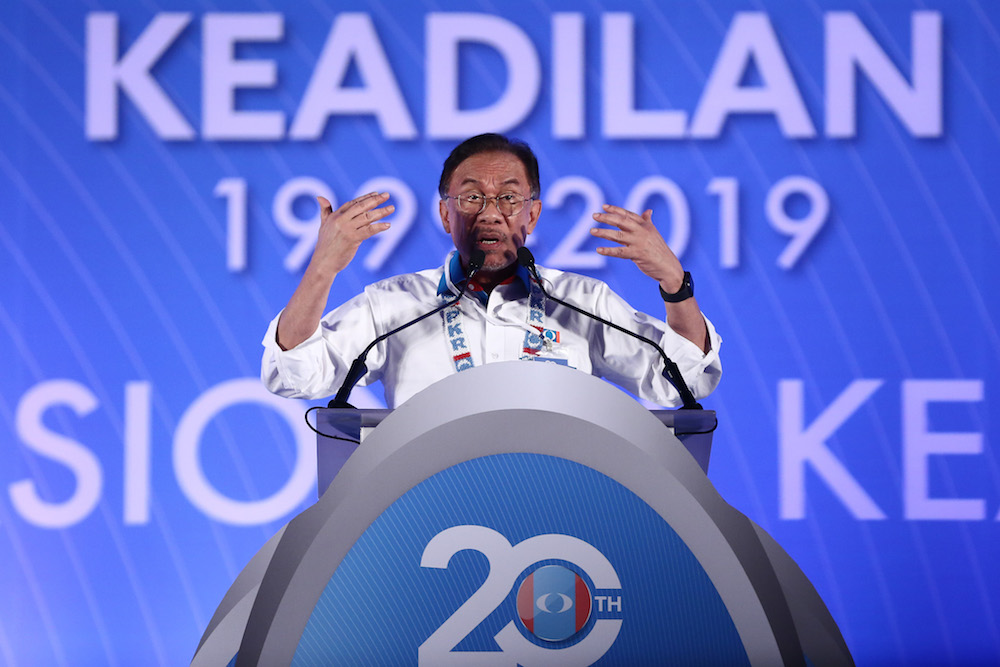 2. Transition of power from Dr M to Anwar still lingers

To log in to the Wi-Fi in the venue’s media centre, the password provided was “AnwaribrahimPM8” — a clear reference to Anwar’s status as Pakatan Harapan’s so-called “prime minister-in-waiting”.

With Prime Minister Tun Dr Mahathir Mohamad yet to give a concrete timeline of the transition of power, some of delegates appeared to be fixated on the topic during the debate session and winding-up speeches of the congress even when Anwar himself made little-to-no mention of it. 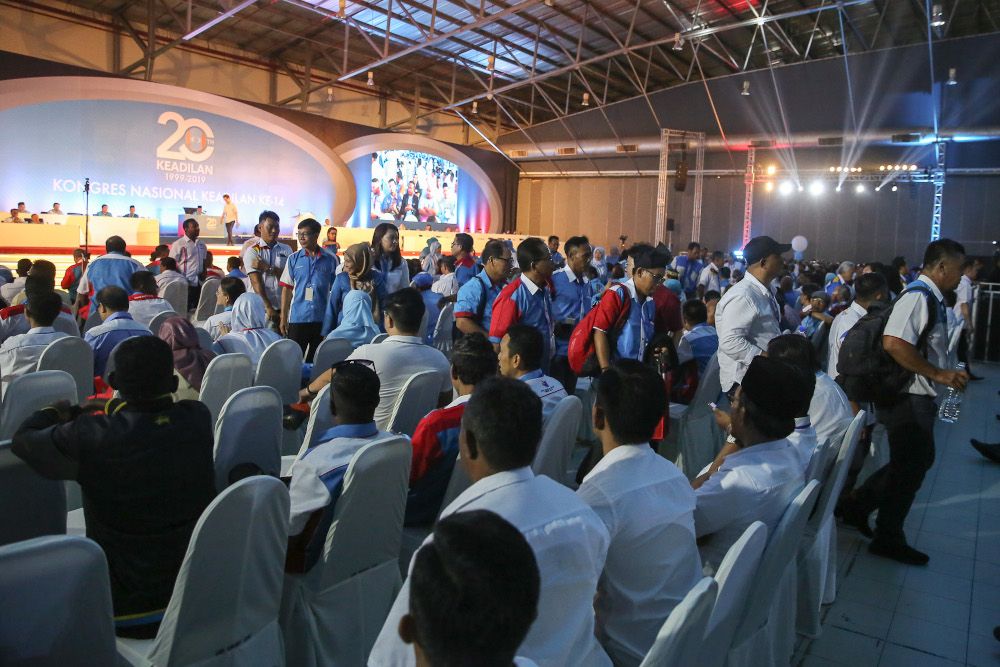 Delegates walk out from main hall during the 2019 PKR National Congress at MITC in Melaka December 7, 2019. — Picture by Yusof Mat Isa

The topic of the power transition was highlighted heavily during the debate session on Anwar’s speech during the third day of congress, notably in the absence of Azmin and his group who had walked out.

Even on the final day, delegates in the hall were seen holding up placards proposing in Malay “Anwar for 8th PM”. 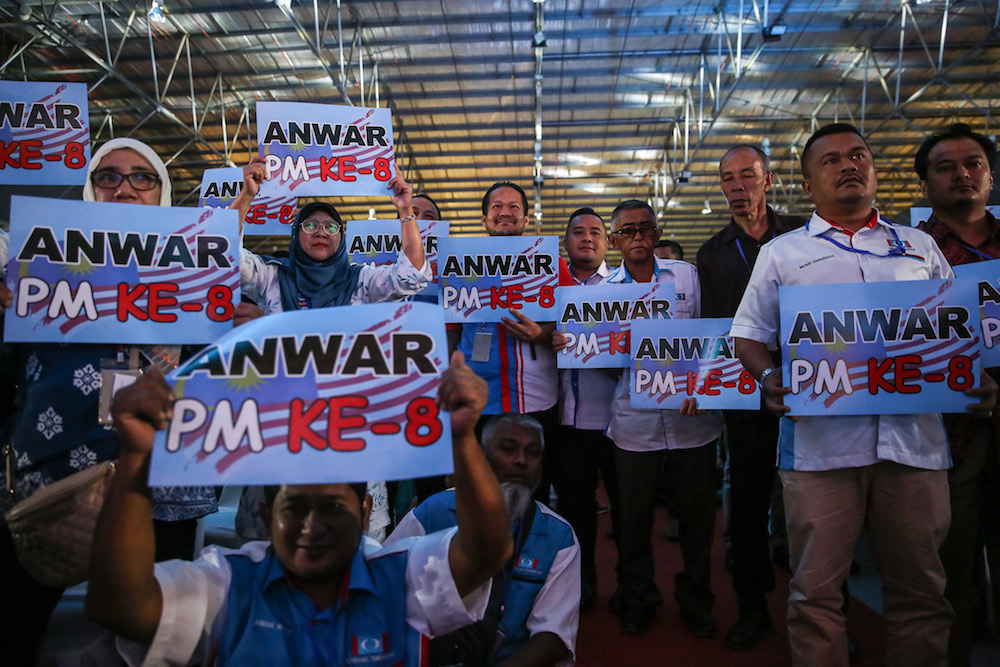 Following the Azmin faction’s walkout, Anwar then said he personally remained open to a reconciliation of their two camps but stressed that he must also acknowledge those within PKR who are demanding stern action against the so-called “cartel”, including the group’s expulsion from the party.

It would also seem that Azmin’s reconciliation may not bode well as those aligned with Anwar have now openly signalled his “betrayal” with party information chief Datuk Seri Shamsul Iskandar Md Akin further labelling them as “anti-democrats”. In defiance of Anwar’s warning that those who attend the “rival” event in support of Azmin last night would be sacked, thousands turned up to the purported briefing on the Shared Prosperity Vision 2030.

Azmin too did not hold back last night, portraying himself as a “bigger reformist” who had “suffered” much earlier than Anwar, and warning that he may be at the absolute end of his patience.

“You do not know who Azmin Ali is. In his calmness, you know little of what he’s capable of,” Azmin warned.

Whether Azmin shows what he is capable of in the coming days may well make or break PKR. 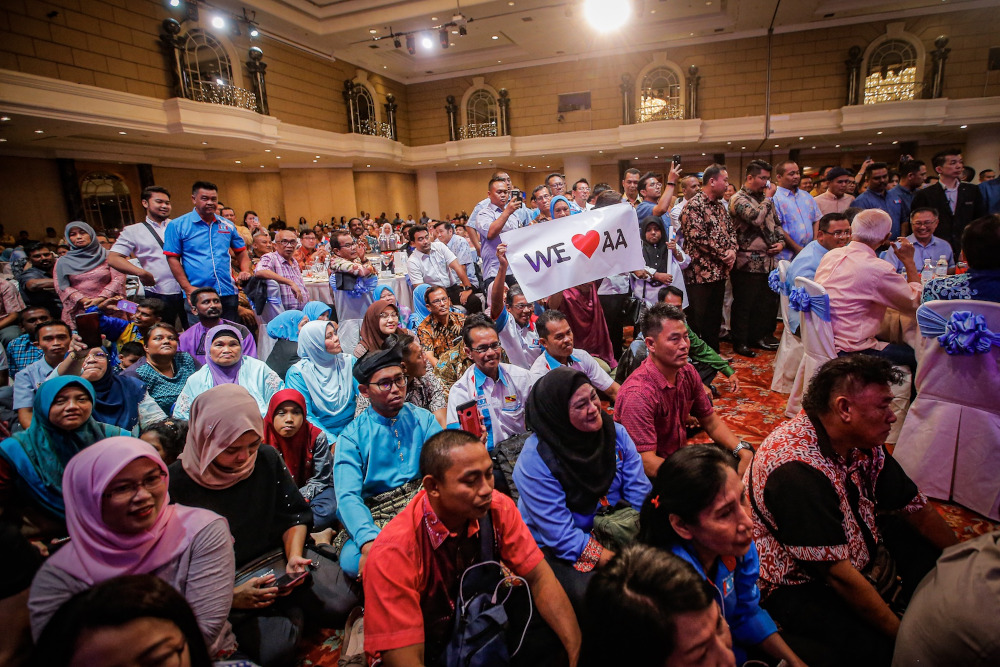