GEORGE TOWN, Oct 2 — The residential property market in the country is picking up this year and even recorded a higher value of transactions as at September this year compared to the whole of 2018 for the primary market, an international real estate federation revealed yesterday.

This far surpassed the total value of transactions of RM12.91 billion for the primary market for the whole of 2018, he said.

“This shows that the various policies introduced by the government to spur the property industry were effective for the first half of this year,” he said. 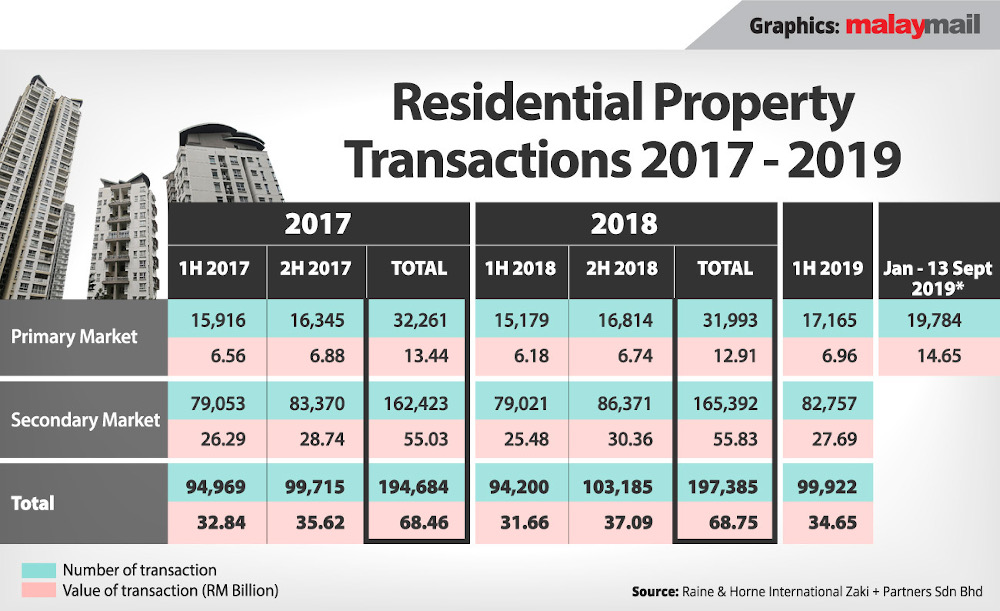 Citing figures from National Property Information Centre that was compiled by Raine and Horne International Zaki & Partners Sdn Bhd, Geh said the Housing and Local Government Ministry and Finance Ministry have been proactive in consulting stakeholders in the property sector to come up with effective policies for the industry.

He added that both the primary and secondary markets saw increases in the first half of 2019 compared to the same period last year.

He said the total value of transactions for the first half of 2019 is RM34.65 billion, which is also more than the RM31.66 billion recorded in the same period last year.

“I believe the government’s policies to spur the industry were effective and this positive trend may continue until the end of this year,” he said.