A pair of otters frolic in a lake at Taman Tasik Metropolitan Kepong. — Picture by Hari Anggara
Follow us on Instagram, subscribe to our Telegram channel and browser alerts for the latest news you need to know.
By JERRY CHOONG

KUALA LUMPUR, Sept 22 — Somewhere in the urban confines of the city hides a little-known secret in one of its green lungs: A romp of wild otters.

Nestled north of Jinjang is Taman Tasik Metropolitan Kepong, a 222-acre public park popular with the residents of Selayang and Batu Caves. For years it has served as a recreational area for families, joggers, and kite enthusiasts looking to catch zephyrs. 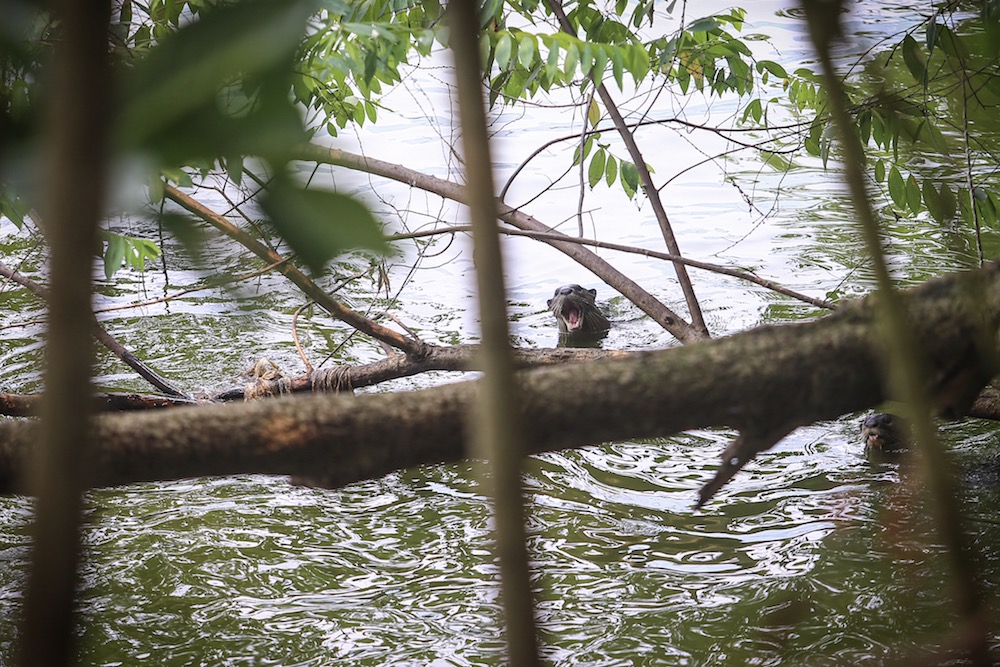 Despite the area’s popularity, it was only recently that otters were spotted in the park’s vast lake.

The sleek, semiaquatic mammals can sometimes be seen during midday when they emerge from their nests to hunt for fish, frolic and, if one is lucky to see it, come on land to bask in the sun. This can be an unusual sight for urban dwellers, of course, as otters are normally found in coastlines, freshwater rivers, wild lakes, marshes, and oceans.

Shying from human contact, the otters often pause to stare at people looking on with interest, quickly swimming away if any come too close.

Based on their size, it is possible that the otters residing in Taman Tasik Metropolitan Kepong are of the L. perspicillata species, or the smooth-coated otter, that is listed as ‘threatened’ on the animal conservation list. Despite the ongoing haze, many park-goers had no issue coming out to enjoy the Malaysia Day holiday at the park. Speaking to Malay Mail, some said they knew of otters in the park’s lake while others expressed surprise and bafflement when told.

Marketing executive S. Vijendran, 31, said he came regularly to exercise here and confirmed seeing the otters for at least a year prior.

“The first time I saw them, it came to me as a total surprise. This was a year ago, when I was jogging in the early evening around the lake.

“Doing so, I stopped when I came across four to five otters quickly scurrying across my path to some bushes. So I was quite at a loss at first,” he said, adding that he has seen them several times since and always in the evening.

When told of their possible conservation status, Vijendran fully agreed the otters ought to be protected and said authorities should inform visitors not to approach the creatures in case they are harmed.

“I am also concerned if the authorities will be heeded, though. I mean, the lake has certain spots where fishing is not allowed. But you still see people doing so with no bother. If that is the case then I fear the otters will become even more endangered,” he said.

But mechanic Muhd Nor Aiman Dol Baharin, 27, and accounting student Nurul Erna Said, 26, have been visiting the park for years now but this was the first time they had heard of the otters.

“I know there are otters to be found in Sungai Gombak, some distance away, since I have seen them before. But I did not know they are also here,” Nor Aiman said.

However, he found it unsurprising as much of Kepong was once covered in secondary forest, before the trees were felled to make way for development in the past decade.

“It may be that the otters once lived along the small rivers in Kepong, but had to find somewhere else to live because of that,” Nor Aiman said.

Nurul Erna expressed concern for the otters, reasoning that authorities should protect them since they are on the conservation list.

“They could die out eventually, and I fear some unscrupulous individuals may take advantage and catch them. So many animals in the world have died already, we should do more to protect such rare creatures,” she said. 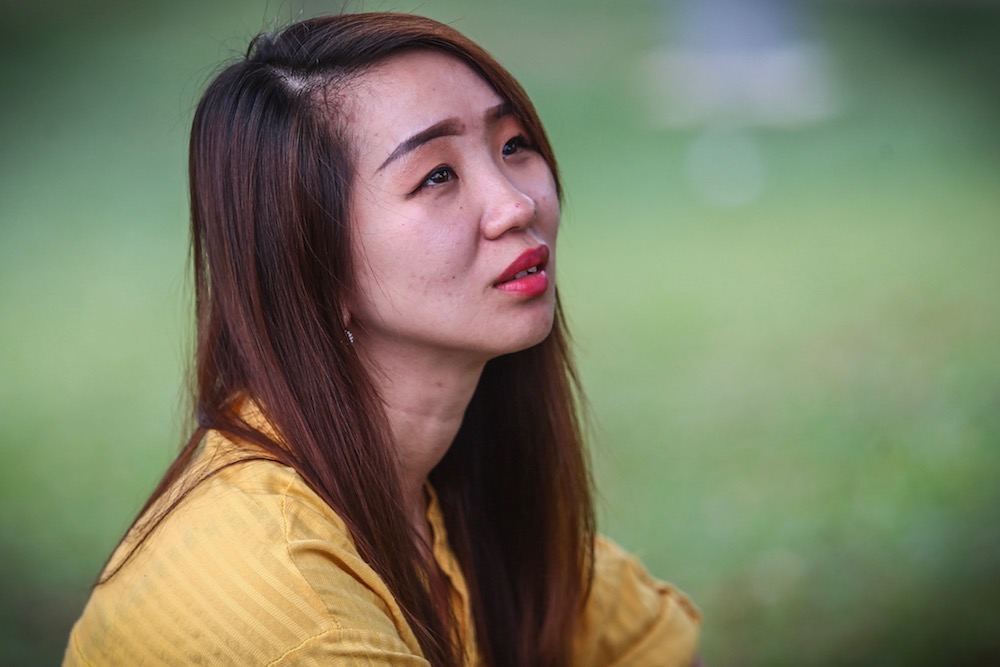 For office secretary and infrequent park visitor Ivy Tee, 26, the information was startling.

“This is quite surprising, as I know otters are more commonly found in jungle rivers and sometimes beaches where few humans go.

“Yes, I think the authorities should endeavour to protect the animals. They have a right to stay in the lake since they are not disturbing anyone. Actually, I think people themselves might not dare to disturb the otters,” she said.

Teacher Siti Aishah Zakaria, 36, and her relative, marketing officer Ishak Ngah, 37, were fascinated when told about the otters.

“Well, this is unexpected. In the city area, of all places. I can only wonder if they will be able to live undisturbed should word of this spread,” Ishak said. 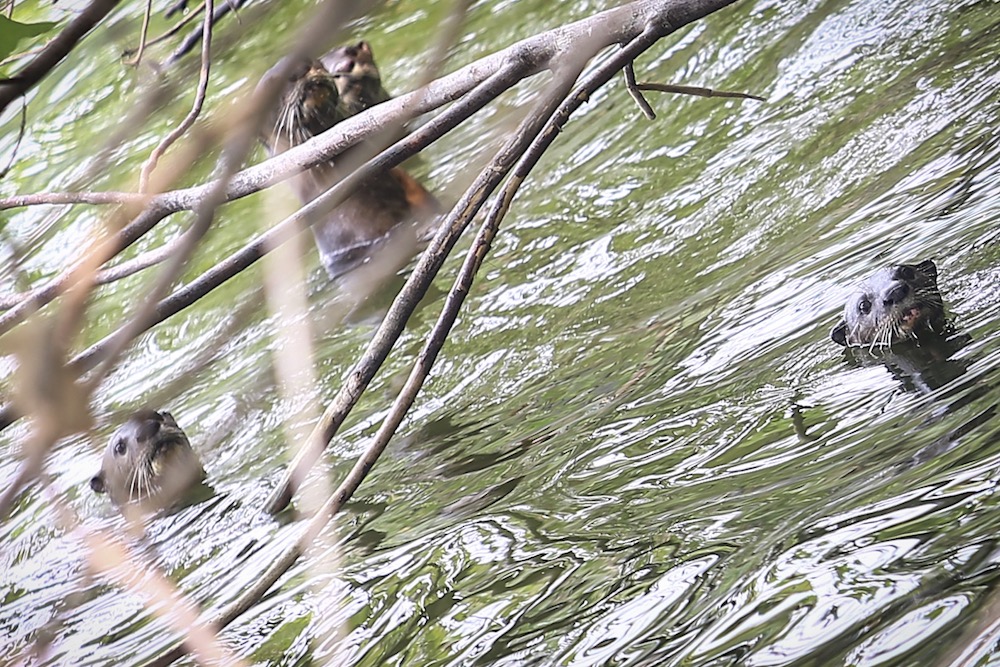 “Protecting them is a must, and the authorities would do well to raise awareness that the otters can be seen, but not come into contact with. After all, we owe it to our children and the next generation to preserve the animals of the world,” said Siti Aishah.

Secondary school student P. Seshwina, 17, wondered how the otters came to be at the lake but feared the attention could cause them harm, intentional or otherwise.

“If they are safer living in the lake, then every effort should be made to accommodate them. If need be, fence of the areas where they are regularly seen, so that the public will know not to disturb such endangered creatures,” she said.

Toy stall owner Choy Min Kin, 57, has been operating his business near the park’s playground for nearly two decades and said he was accustomed to the otters, having seen them around for several years now.

He also said he was raised in the countryside where such sights were more common.

“But I imagine for city people, it must be a novelty of sorts,” he said. 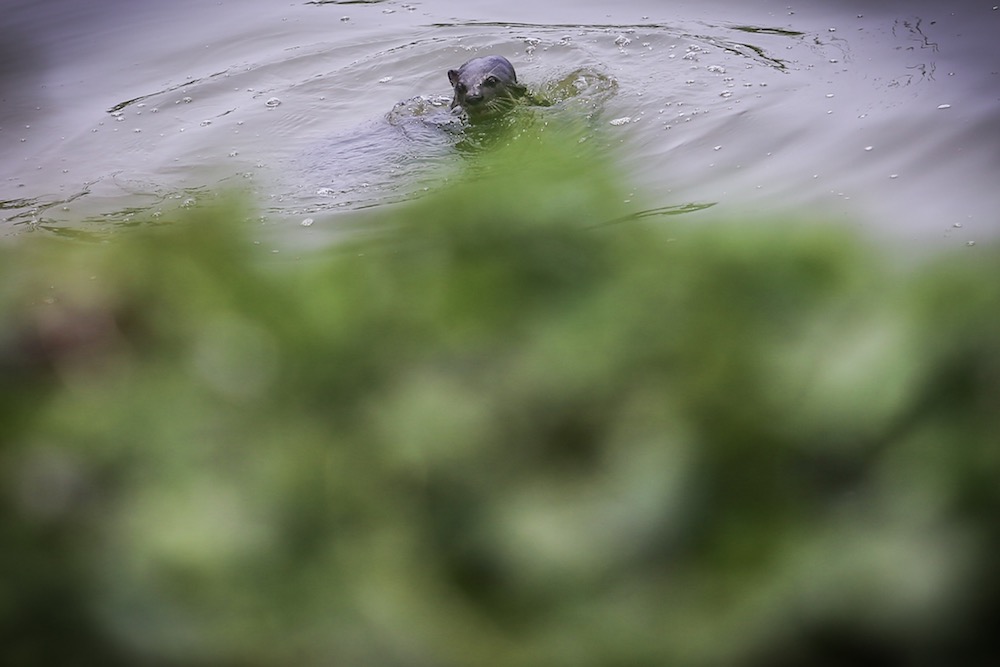 When asked if he believes the otters should be protected as they may be endangered, Choy merely raised his eyebrow as though that is the most obvious thing in the world.

“That goes without saying. You should see what happens when families have the opportunity to spot the otters. It brings such joy to little children, their faces light up just like that seeing the animals scampering about.

“My only question is, the park is so big, so the authorities will have a hard time keeping track of the otters,” he said.