Alowonlw Oluwajuwon Gilbert, the suspect in the murder of Serdang Hospital chief nurse Siti Kharina Mohd Kamarudin, is led to the Magistrate Court in Sepang May 27, 2019. — Picture by Miera Zulyana
Follow us on Instagram, subscribe to our Telegram channel and browser alerts for the latest news you need to know.
By KENNETH TEE

SEPANG, May 27 — A 36-year-old Nigerian man was charged with murdering Serdang Hospital nursing sister Siti Kharina Mohd Kamarudin, in the Magistrates Court in here, this morning.

The accused, Alowonle Oluwajuwon Gilbert from Benin City, Nigeria was charged under Section 302 of the Penal Code.

The murder charge was then read to Oluwajuwon by a court interpreter in English in front of Magistrate A. [email protected] Acho.

According to the charge, he had committed the murder against Siti Kharina, 41, at Tower 1, Third Avenue Condominium in Cyberjaya, Selangor between May 9 and May 15.

The incident was alleged to have taken place between 12.41am until 2.30pm on the aforementioned dates at a condominium unit.

Oluwajuwon faces the mandatory death penalty if he is found guity.

No plea was recorded from the accused who was unrepresented. Deputy public prosecutor Nasharina Nazlan prosecuted.

The court fixed July 31 for mention, pending the submission of several documents.

Among the documents that need to be submitted to court are the chemist report, the DNA report, the forensic report on seized close-circuit television recordings and a report on a mobile phone seized during the case. 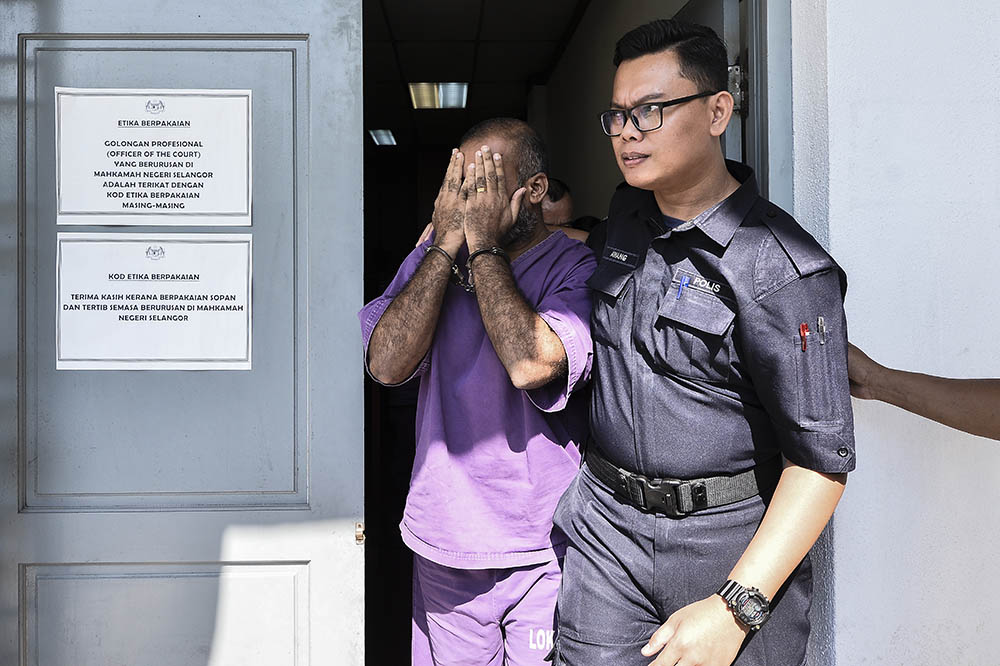 The Pakistani male suspect is seen at the Magistrate Court in Sepang May 27, 2019.

The same court later released a 35-year-old Nigerian woman and a 38-year-old Pakistani man who had been arrested on suspicion of involvement in the murder earlier.

However, both were ordered to surrender their passports until the end of the court case.

Siti Kharina was reported missing on May 8 and was found dead with slash wounds on her chest, neck and head by the owner of her rented condominium unit in Cyberjaya on May 15. 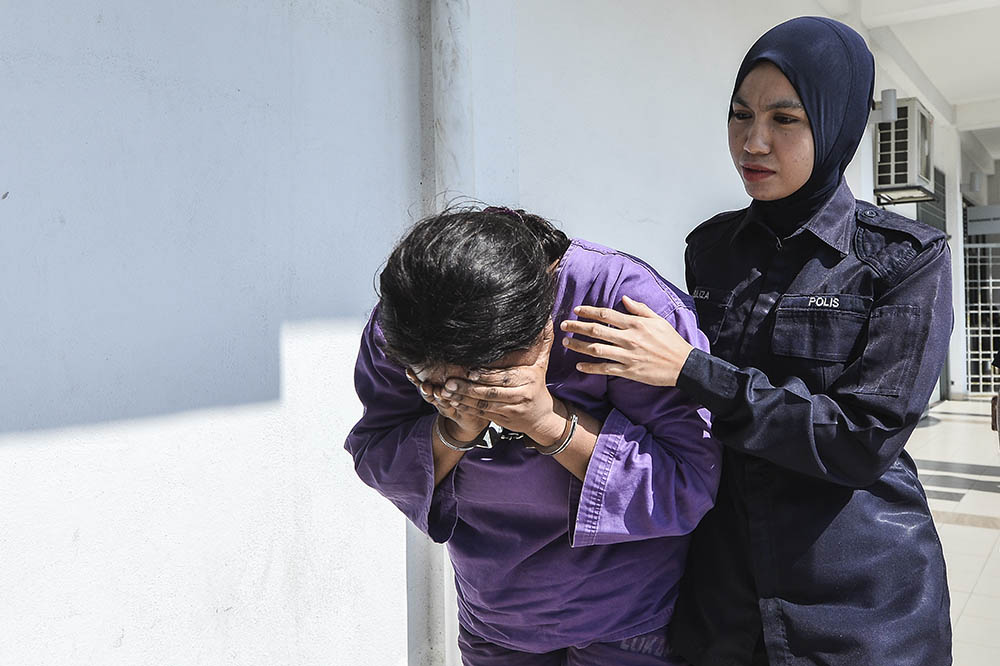 The Nigerian female suspect covers her face as she is led to the Magistrate Court in Sepang May 27, 2019.