How much do you know about Malaysia's first female Chief Justice Datuk Tengku Maimun Tuan Mat? ― Bernama pic
Follow us on Instagram, subscribe to our Telegram channel and browser alerts for the latest news you need to know.
By By Ida Lim

KUALA LUMPUR, May 3 ― Datuk Tengku Maimun Tuan Mat yesterday became the first woman in Malaysia's history to head the country's judiciary as the top judge in the position of chief justice (formerly known as lord president).

But who is Tengku Maimun and what is she known for?

Here are some quick facts about Tengku Maimun: A 59-year-old mother of four hailing from Kota Baru, Kelantan and with a long legal and judicial career since graduating from Universiti Malaya in 1982 with a law degree.

Having worked in Kelantan, Negri Sembilan, Terengganu, Kuala Lumpur and Selangor, Tengku Maimun then went on to the Palace of Justice in Putrajaya when she was appointed as a Court of Appeal judge on January 8, 2013 before being elevated slightly over five years later as a Federal Court judge last November 26. 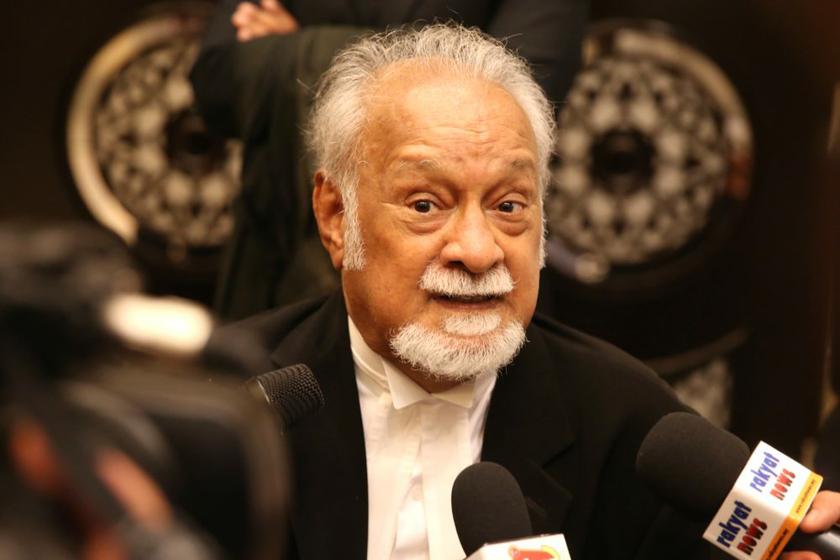 At the Court of Appeal, Tengku Maimun in her dissenting judgment said there was a ‘miscarriage of justice’ in the sedition case of Karpal Singh (pic) as the trial judge's misdirection rendered his conviction unsafe. ― Picture by Choo Choy May

Since January 2013, Tengku Maimun has presided together with other judges at the Court of Appeal and the Federal Court over multiple high-profile cases.

Tengku Maimun was part of a three-man panel at the Court of Appeal which in August 2013 unanimously reversed the High Court’s murder conviction of two former police commandos over Mongolian model Altantuya Shaariibuu’s 2006 death. (The Federal Court in January 2015 reinstated the murder conviction).

Recently, Tengku Maimun was highlighted to be the sole judge in a three-person Court of Appeal panel in 2016 to have disagreed that DAP veteran Karpal Singh should be convicted with sedition. (She was alleged to be the only judge who held firm to her decision in spite of prior judicial interference attempts, but this claim by a sitting judge is currently under investigation).

Karpal was only posthumously cleared of his name almost five years later in March this year, when the Federal Court unanimously acquitted the late political leader over his legal opinion as a lawyer and MP regarding the then Perak Sultan's role in the 2009 Perak constitutional crisis.

In December 2018, a Court of Appeal panel chaired by Tengku Maimun prior to her promotion unanimously dismissed Tenaga Nasional Berhad’s appeal over a High Court decision which found the company’s negligence caused the 2013 flash floods in Bertam Valley, Cameron Highlands.

Travelling back slightly in time, Tengku Maimun was the dissenting judge in the Court of Appeal’s 2-1 ruling in December 2014, where she disagreed that the High Court was wrong to issue a court order to compel the Inspector-General of Police to find Hindu mother M. Indira Gandhi’s child that was abducted by her Muslim convert ex-husband. (The Federal Court in April 2016 ordered the IGP to track and arrest the ex-husband over his disobedience of court orders to return the child). Former prime minister Datuk Seri Najib Razak at the Federal Court on March 27, 2019 where a stay on his trial was lifted. ― Picture by Miera Zulyana

Unlike her more senior predecessors in the past decade who all had relatively short tenures save for Tun Arifin Zakaria who served for five years and six months, Tengku Maimun is now the chief justice exactly two months before she turns 60 years old.

What this means is that Tengku Maimun can continue to serve as a judge for another six years until July 2, 2025 when she hits the retirement age of 66, and can subsequently provide further service for an additional six months well into early 2026 if the Yang di-Pertuan Agong approves it.

This will be unlike her immediate predecessor Tan Sri Richard Malanjum, who had the briefest tenure in history with just nine months left before his April 12 retirement and who nevertheless made his mark as a reformist keen on modernising the judiciary and as a defender of constitutional rights.

Tengku Maimun steps in at a challenging time for the judiciary, as the courts' image has been battered in recent times with “shocking” allegations made by a sitting Court of Appeal judge in an affidavit, as well as previous controversy over the alleged unlawful extension of two of the country's top judges' tenure which bypassed the constitutional age limit of 66 years and six months.

But lawyers have already shown great confidence over Tengku Maimun's ground-breaking appointment as chief justice, praising her as “a fair-minded judge with good judicial temperament and sound knowledge of the law” and as a judge well-known for her sound decisions and independence.

The Malaysian Bar said Tengku Maimun will have the opportunity to carry out reforms to the judiciary to take it to greater heights and erase past negativities, believing that she will do all that is necessary to make the judiciary one which Malaysians can be proud of and to dispense justice in a “fair and just manner”.

In her career spanning 37 years so far, Tengku Maimun started off as a legal officer in the Southern Kelantan Development Board (Kesedar) on February 17, 1982, before becoming the Seremban Municipal Council's legal officer about two years later on March 1, 1984.

Tengku Maimun later became an assistant parliamentary draftsman in the Attorney General's Chambers' drafting division that is tasked with drafting the country's laws on March 19, 1986, before becoming a magistrate in Port Dickson on October 1, 1987 and a federal lawyer at the Legal Aid Bureau in Kuala Terengganu on November 16, 1989.

After almost five years, she was appointed on March 1, 1998 to serve as special officer of the Chief Judge of Malaya who oversees the High Court judges in Peninsular Malaysia, before serving again as deputy registrar in the Kuala Lumpur courts from July 15, 1999.

Tengku Maimun then became Sessions Court judge on March 1, 2001 while at the same time serving as the Chief Justice's special officer after taking on the latter role two months earlier on January 5, before repeating the same feat of wearing two hats in 2004 as both a registrar in the High Court of Malaya and as chief registrar at the Federal Court.

She then continued serving as chief registrar in a single role from July 1, 2005, before continuing on to preside over cases as a judicial commissioner from October 2006 and then receiving confirmation to be a High Court judge from 2006 onwards.