In Malaysia, special unit formed to monitor insults against Islam

Mujahid says there will be no compromise on any acts that insult Prophet Muhammad and Islam. ― Picture by Mukhriz Hazim
Follow us on Instagram, subscribe to our Telegram channel and browser alerts for the latest news you need to know.
By KENNETH TEE

Mujahid, who is also in charge of religious affairs, said his ministry will not compromise on any acts that insult Prophet Muhammad and Islam, pointing out that the country has laws that should be meted out against those who are found guilty of such.

“The initiative to set up the unit supervised by the Islamic Affairs Department (Jakim) is to monitor any writing or provocation deemed insulting to the Prophet and Islam across all media platforms, including social media.

“I have instructed the unit to accept any complaints about insults directed towards Prophet Muhammad and Islam and to immediately report them to the police and the Communications and Multimedia Commission,” he said in a statement here.

He said all complaints can be forwarded via WhatsApp to 010-3005260 or via email to [email protected].

“I hope all of us can stand shoulder to shoulder to protect and preserve the harmony of our country. I believe the authorities have done the necessary to address this issue,” he said. 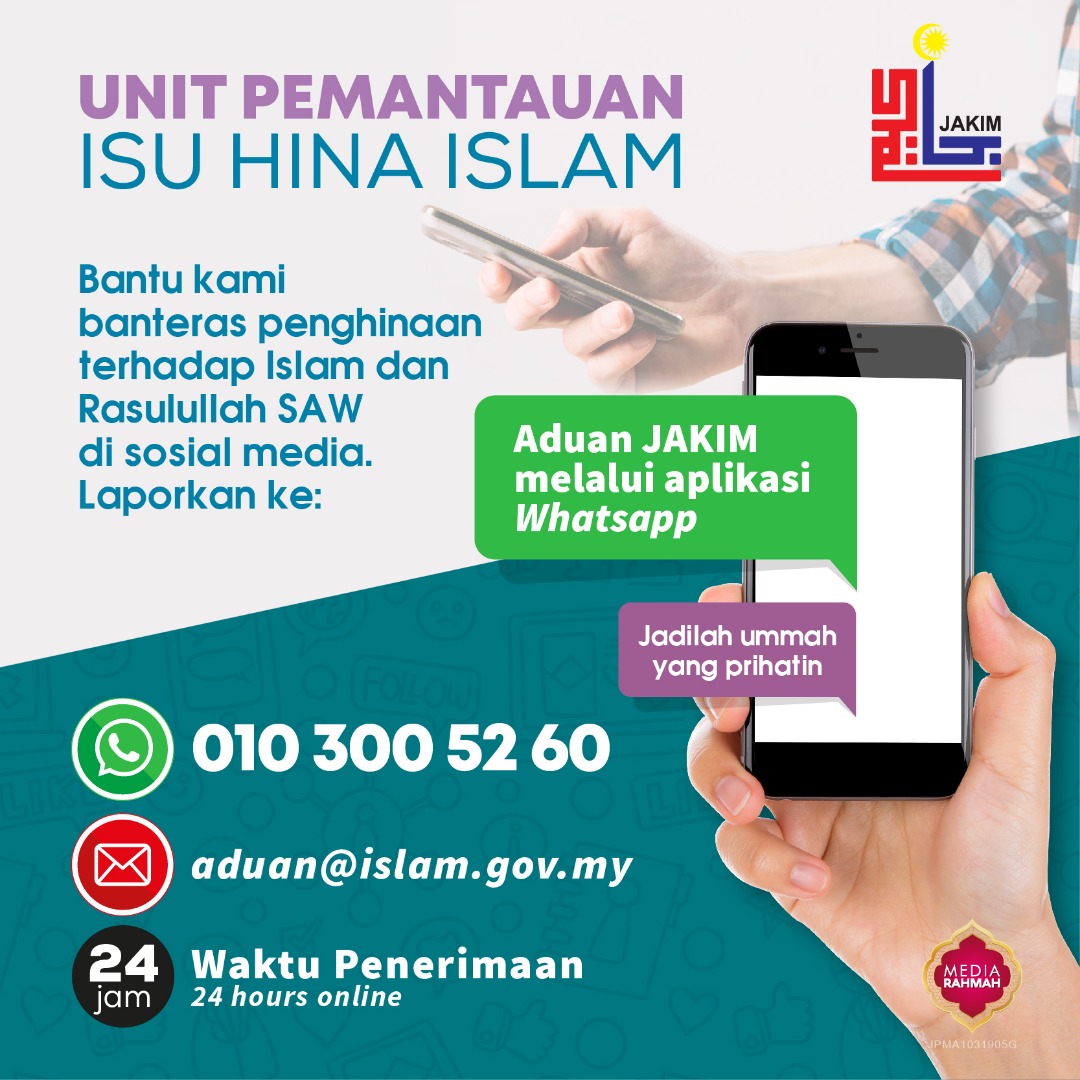 Jakim will monitor any writing or provocation deemed insulting to the Prophet and Islam across all media platforms. — Picture via Jakim

Earlier Inspector-General of Police Tan Sri Mohamad Fuzi Harun said the police have detained a 28-year-old man for allegedly insulting Islam and the Prophet Muhammad on social media, within 24 hours of detaining a 43-year-old suspect for the same.

Last month, Home Minister Tan Sri Muhyiddin Yassin said that the government will treat seriously any alleged attempts to insult religions and cause disharmony in the country.

Muhyiddin, who described recent alleged attempts to insult Islam as a dangerous trend, noted that it has also triggered outrage among Muslims.