10 things you might not know about Malaysia Day (VIDEO)

Did you know these 10 things about Malaysia Day? — Screengrab of Reuters archive footage
Follow us on Instagram, subscribe to our Telegram channel and browser alerts for the latest news you need to know.
By By Ida Lim

KUALA LUMPUR, Sept 16 — Malaysia turns 55 years old today and here are some less known facts about this historic day to help you ring in the celebrations.

1. What is Malaysia Day?

Malaysia Day (September 16) is literally when the country Malaysia was formed. Yes, it’s not August 31, 1957 as that was when the Federation of Malaya gained independence from the British.

Fifty-five years ago, the Federation of Malaya (what is now Peninsular Malaysia), Sarawak, North Borneo (now Sabah) and Singapore — or 10 million people in all — decided to come together as one nation. Brunei decided against being part of Malaysia.

(Note: Singapore was part of Malaysia for almost two years until August 9, 1965 when it was expelled from Malaysia.)

Singapore’s flag is shown here with Malaysia’s flag. Singapore was part of Malaysia from September 16, 1963 until August 9, 1965. — Screen capture via Reuters archive footage

2. Did you know Malaysia Day was meant to be on August 31?

The Malaysia Agreement was signed by the British, Malaya, North Borneo, Sarawak and Singapore on July 9, 1963 and Malaya’s Parliament passed the Malaysia Act on August 20, 1963.

Malaysia Day had initially been planned for August 31, 1963, but was forced to be deferred to September 16, 1963 to give a United Nations (UN) mission time to determine and complete a report on whether the people of Sabah and Sarawak wanted to be part of Malaysia. 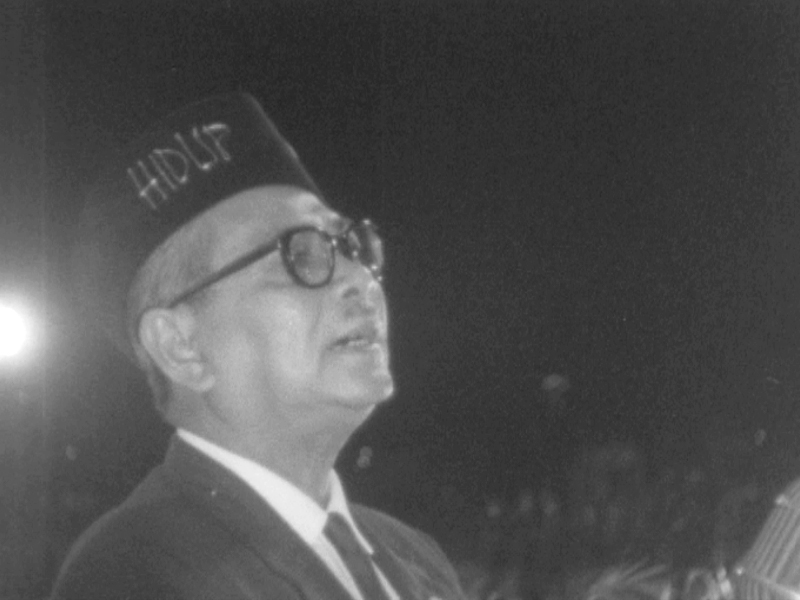 Tunku Abdul Rahman had in July 1962 talks secured the British’s agreement for Malaysia to be formed on August 31, 1963, but the actual date was postponed to September 16. — Screen capture via Reuters archive footage

3. Who raised the Malaysian flag in the national capital for the first time?

“Bapa Malaysia” Tunku Abdul Rahman Putra Al-Haj handed over the Malaysian flag to his son Capt Tunku Ahmad Nerang — who was in the Royal Malay Regiment — to raise during the September 16 ceremony at Merdeka Stadium in Kuala Lumpur as the national anthem played.

A total of 760 people formed a giant “M” during the ceremony attended by a reported crowd of 30,000, while 13-year-old Rosnah Akashah — who was awarded the Pingat Hang Tuah medal the previous year for bravery when saving a drowning child — released 101 pigeons.

Also, on September 16, ceremonies were held simultaneously in Malaya’s partner states, with Sabah’s attended by Malaya’s deputy prime minister Tun Abdul Razak Hussein, during which the Sabah and Malaysian flags were raised.

There was also a 17-gun salute; the state anthem was played after then newly-sworn in Sabah Chief Minister Donald Stephens read a proclamation declaring Sabah as an independent state within Malaysia.

At the ceremony in Sarawak, federal government representative Mohamed Khir Johari read the Malaysia proclamation before the Malaysian flag was raised and national anthem played.

The new Sarawak flag was raised and new state anthem played after then Sarawak Chief Minister Stephen Kalong Ningkan read out the declaration of Sarawak’s independence as a state within Malaysia.

In other places such as Penang, its chief minister and governor also released 101 pigeons at a Malaysia Day ceremony attended by 10,000 people, while crowds in Kota Baru, Kelantan were reported chanting “We want Malaysia” and “Long live Malaysia.”

4. Did Tunku Abdul Rahman shout ‘Merdeka’ after reading out the proclamation of Malaysia?

Yes. Seven times, in fact, or the same number of times he shouted back in August 31, 1957 (Merdeka Day) when he read the declaration of Malaya’s independence.

The public ceremony where Malaysia’s first prime minister, Tunku Abdul Rahman, read the proclamation of Malaysia was actually delayed by one day to September 17 so the heads of state from Sabah, Sarawak and Singapore could attend.

5. What did Tunku Abdul Rahman say on Malaysia Day?

Click here to see his message on Malaysia Day that was published in the newspapers of the day, in which he traced the “road to nationhood” for Malaysia that stretched over two-and-half years before the birth of Malaysia was realised.

As for his speech during the inaugural ceremony, Tunku Abdul Rahman spoke of how Malaya enjoyed independence six years before “brothers” Sabah, Sarawak, and Singapore, and welcomed them as British colonialism and rule ended over the latter three that day.

“We are determined to defend the sovereignty and independence of Malaysia together with our new brothers for all time,” he had reportedly said, also expressing hopes that the new Malaysian flag will be a strong symbol of unity for Malaysians.

“The new flag of Malaysia is slightly different to the old flag of the Federation of Malaya because the star has gained three new points which denote three new States, making 14 in all, and also the stripes now number 14 as well,” he had said.

Malaysia officially notified the United Nations on September 16 of its formation and provided the new national flag for it to be flown together with the flags of the 110 other countries. 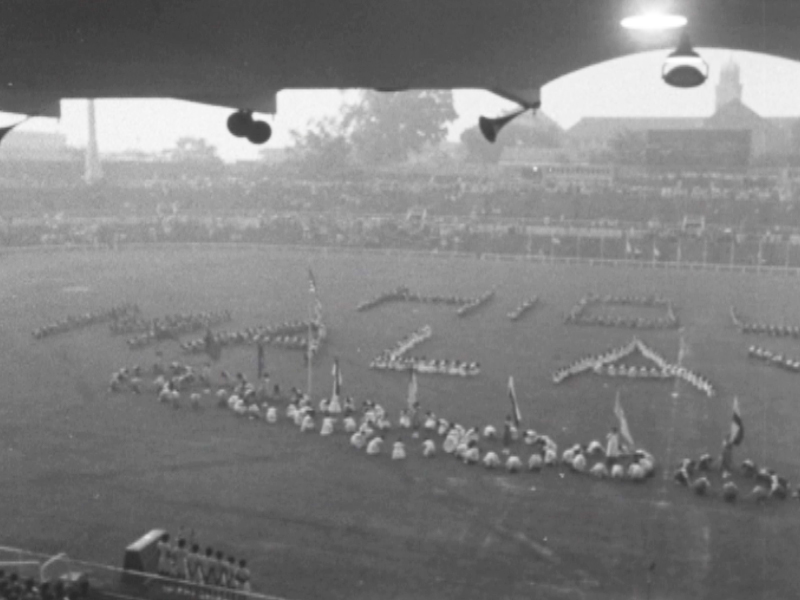 6. How did Malaysians celebrate Malaysia Day in 1963?

Celebrations took place throughout the country in capital cities and major towns. No expense was spared.

On the eve of Malaysia Day, the soon-to-be Malaysians joined dances and those at the Selangor Club in Kuala Lumpur drank a toast at midnight.

On Malaysia Day in Kuala Lumpur, there were thanksgiving prayers at the Kampung Baru mosque, followed by a children’s rally (Stadium Merdeka), a cultural show (Stadium Negara), a variety show and fireworks display (Lake Gardens).

Singapore not only held a week-long celebration, but even temporarily lifted a ban on fireworks and firecrackers during this period. They had an air show, illuminated floats, a sea carnival and sea sports, a sea dragon float illuminated by 6,000 light bulbs, and yes, a fireworks display.

In Sabah where the government spent $1 million for the celebrations, people there had barbequed buffalo meat and local rice wine tapai, some after trekking for days through the jungle or arriving via four-wheel-drive vehicles.

Raub in Pahang celebrated for nine days with events such as sports, parades, processions with lanterns and floats, fun fair, stage shows and even joget.

A performance in September 1963 as part of the Malaysia Day festivities. — Screen capture via Reuters archive footage

7. When did Malaysia Day become a national holiday?

It was only on the 47th anniversary that Malaysia Day became a public holiday. That was eight years ago.

It is unclear if it was due to previous calls for due recognition to be given to Malaysia Day, but then prime minister Datuk Seri Najib Razak announced on October 19, 2009 in Parliament that the Cabinet made a “historic decision” to celebrate Malaysia Day from 2010 onwards by making September 16 a national public holiday.

“With this, Malaysians will celebrate two national days as a pair/twin,” he said in Dewan Rakyat then.

He added that Merdeka Day on August 31 will stay a reminder of the struggle to achieve independence and celebrated with official events such as parades, while Malaysia Day would be feted with ceremonies aimed at strengthening unity and understanding between different ethnic groups, among other things.

Just six days before Malaysia Day, the Kelantan state government (controlled by precursor to PAS, the Pan-Malayan Islamic Party) on September 10, 1963 sued the federation of Malaya and Tunku Abdul Rahman in a bid to annul the Malaysia Act.

“Never, I think, has a judge had to pronounce on an issue of such magnitude on so little notice and with so little time for consideration,” he said then.

He noted that the court was sitting in “exceptional circumstances” as time was running out, and that an unusually emphatic judicial opinion was required for the matter as it concerned political stability in the region and the interests of 10 million people — including about 500,000 in Kelantan.

Did you know that Bank Negara Malaysia’s first-ever coloured coin was issued in conjunction with the 50th anniversary of the formation of Malaysia?

This coin features the Jalur Gemilang in all its glory on its obverse side. With only 10,000 issued in 2013, the commemorative silver coin with a face value of RM10 was sold at RM200 each.

Trivia: It was also on September 16, 1963 that Bank Negara was renamed as Bank Negara Malaysia.

This was also the day when the new flag for the Royal Malaysia Police first went up, while the Singapore police force merged into the Malaysian police force the next day.

The country’s maiden first-day covers with commemorative postage stamps in the denomination of 10 sen, 12 sen and 50 sen were issued in conjunction with Malaysia Day.

For a brief timeline of how Malaysia came to be and this gutsy nation’s early years, read Part 1, Part 2 and Part 3 of Malay Mail’s recap that also feature Reuters archive footage from 1962 to 1966.