KUALA LUMPUR, July 27 — The case of former prime minister Datuk Seri Najib Razak who has been charged with criminal breach of trust (CBT) and abuse of power involving RM42 million of SRC International Sdn Bhd funds, is to be heard before a new judge.

According to a source, High Court judge Datuk Mohd Sofian Abd Razak who had recorded Najib’s plea would be transferred to New Civil Court 10, effective August 1.

“It is a normal routine for a judge to be transferred to another court,” the source said.

Another source said that the transfer letter was signed by Chief Judge of Malaya Tan Sri Zaharah Ibrahim earlier this week.

It is learnt that judge Mohd Nazlan Mohd Ghazali from the New Commercial Court 1 will replace Mohd Sofian at the Criminal High Court 3.

Reporters failed in their attempt to get Mohd Sofian’s reaction on the matter.

On July 4, Najib, 65, pleaded not guilty before Mohd Sofian to three counts of criminal breach of trust and one count of abuse of power involving SRC International Sdn Bhd funds totalling RM42 million.

It was reported that the Malaysian Bar had called for Mohd Sofian to recuse himself from the case as his elder brother, Datuk Seri Mohd Soffi, held a position in Umno and also the Pahang state government.

However, the Federal Court Chief Registrar’s office in a statement issued on July 6 said the selection of Mohd Sofian to preside over the trial of Najib was done randomly.

Najib quit as Umno president after the Barisan Nasional, of which Umno is the backbone, lost in the 14th general election after being in power for six decades,

The Federal Court Chief Registrar’s office said that from June 13, 2017, the registration of criminal cases at the Lower Court and High Court in Kuala Lumpur was done online through its e-filing portal.

According to the statement, the registration process began when the prosecutors filed their cases in the e-filing system which would then distribute them randomly to judges handling criminal cases.

Case management as well as hearing of an application by the defence, for a gag order to prohibit the media from publishing polemics on the merit and charges faced by Najib, were fixed for August 8. — Bernama 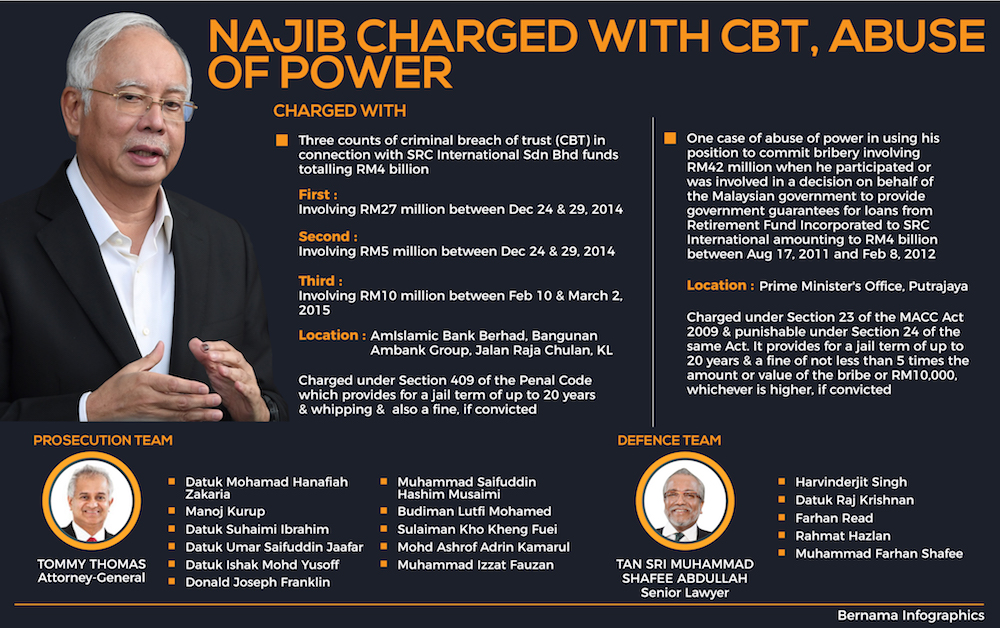