Ahmad Farouk Musa (pic) had previously said Mustafa Akyol did not preach at a mosque, but had only given an intellectual talk at the Royal Selangor Golf Club and a hotel. — Pictures by Choo Choy May
Follow us on Instagram, subscribe to our Telegram channel and browser alerts for the latest news you need to know.
By By Ida Lim

KUALA LUMPUR, Dec 4 — Despite summoning Islamic Renaissance Front (IRF) chairman Datuk Dr Ahmad Farouk Musa to answer to a Shariah charge today, the Federal Territory Islamic Affairs Department (Jawi) has not confirmed if he must appear before the Shariah Court.

When contacted, Dr Ahmad Farouk said he had early this morning sent a text message to a Jawi officer to draw attention to a letter by his lawyer, Rosli Dahlan, from November 29 about the matter.

“Rosli Dahlan asked them where I should appear on 4th December. And they did not reply to that specific letter,” he told Malay Mail today.

In the letter to Jawi’s director and enforcement division that was sighted by Malay Mail, Rosli had referred to his previous letters dated October 30, November 9, and November 17 to Jawi, along with several requests to the agency.

Noting in the November 29 letter that Jawi had previously confirmed the case was only at the investigation stage, Rosli had asked Jawi to provide all documents and information requested previously and to confirm that Dr Farouk did not need to appear in the Shariah court today, as well as to inform Dr Farouk of where he has to appear and of a new date to do so.

When contacted, Rosli confirmed that there has yet to be any reply to his November 29 letter — the latest in a series of letters to Jawi and the chief Shariah prosecutor for the Federal Territories.

“I hope that Jawi/ Japens are sincere and will see the legal issues of their actions so that we can resolve this amicably,” he said to Malay Mail today.

On October 2, Dr Ahmad Farouk was served with a bond order, in which he must acknowledge that he had been arrested for the alleged offence of abetment under Section 43 of the Syariah Criminal Offences (Federal Territories) Act 1997 and to confirm that he would appear this morning to “answer this charge”, or pay RM5,000 in lieu.

The bond order did not specify if Dr Ahmad Farouk must appear at the Kuala Lumpur Shariah court or at Jawi’s enforcement division.

Rosli subsequently requested clarification on where Dr Ahmad Farouk should appear today and sent letters dated October 30 and November 9, with the Federal Territories chief Shariah prosecutor Ibrahim Deris replying on November 13 that he has yet to receive any notification on the case and that the investigation papers were still with Jawi’s investigation and enforcement division.

“In relation to that, we are presently unable to provide any information or document as stated by you, as it is still under the action of Jawi,” Ibrahim said in his letter.

Ibrahim also said then that Jawi’s prosecution unit no longer exists and is no longer part of Jawi, adding that he is now in the Federal Territories Shariah Prosecution Department (Japens WP) newly-formed by the government and which is now administered under the Prime Minister’s Department since November 1.

In a November 17 letter to Ibrahim, Jawi and Jawi’s enforcement unit, Rosli had asked Ibrahim to confirm if there would be any prosecution against Dr Ahmad Farouk and if he was not required to show up in the Shariah court today.

Rosli had also said the Jawi’s prosecution unit’s replacement by JAPENS from November 1 onwards was confusing as this was no notification was given previously, stating that he hoped it was not a trick to avoid fulfilling his client’s requests.

In his November 20 reply, Ibrahim said in a letter that Rosli could obtain clarification from Jawi’s enforcement division on where his client had to appear today.

“Once again I explain that for this case, the Investigation Papers still have not been presented to me and I have never ordered any prosecution on your client,” he said.

Ibrahim also explained that Japens WP was formed to make the separation of powers between the Federal Territories’ Shariah prosecutor and Islamic religious enforcer more distinct, promising to act professionally to resolve this case despite still operating currently out of the same premises.

“With Japens WP coming into existence starting from November 1, 2016, our position is the same as the Attorney-General’s Chambers, just that Japens WP is only in force in the Federal Territory and related to prosecution at the Shariah court only according to Act 505’s Section 58(2) provision, while the Attorney-General’s Chamber is in force in the whole Malaysia,” he said. 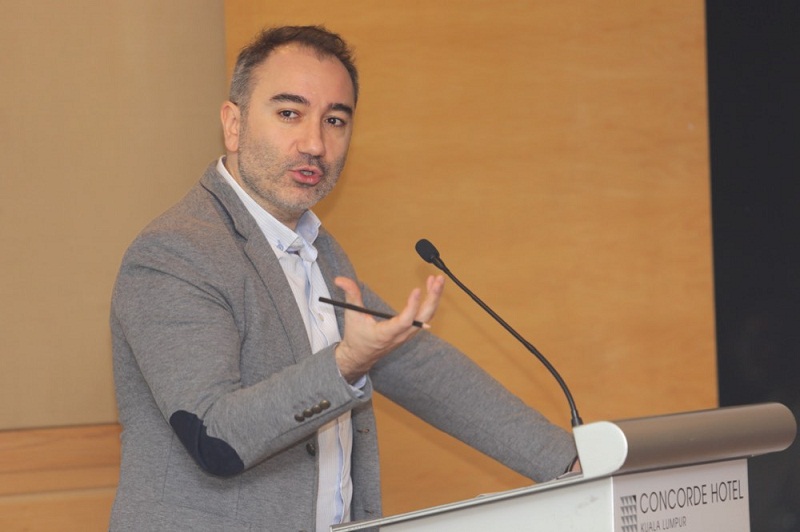 Turkish writer Mustafa Akyol was released after JAWI questioned him and was not charged in court with the alleged offence that he was investigated for.

In the same November 17 letter, Rosli asked Jawi to confirm whether Dr Ahmad Farouk had to appear at its enforcement division or at the Shariah court today.

Rosli had also urged Jawi to provide various information such as the facts of the case if it was still probing Dr Ahmad Farouk, further noting that Jawi may have been mistaken as Turkish writer Mustafa Akyol’s visit to Malaysia was actually jointly-organised by the G25 group and companies IRF and REFSA.

“As we have explained, IRF is governed by a board of directors. Dr Farouk Musa is only one of IRF’s directors.

“If the enforcement and prosecution action is directed against the organiser of Mustafa Akyol’s visit, why is it only Dr Farouk Musa that is targeted when the organiser is not Dr Farouk Musa but the bodies stated above,” Rosli had written, further requesting an appointment with Jawi to find the “best approach” to handle the case.

In a brief November 23 response, Jawi said it had received a letter from Dr Ahmad Farouk’s lawyers on November 6 and noted that “that case is still at the investigation stage”.

It did not state whether Dr Ahmad Farouk had to appear at the Shariah court or at Jawi’s office today.

Jawi had in late September recorded a statement from Akyol — writer of the 2011 book Islam without Extremes: A Muslim Case for Liberty — for allegedly giving a religious talk without official accreditation, an offence under Section 11 of the Shariah Criminal Offences (Federal Territories) Act 1997.

After an overnight detention by local authorities, Akyol was released without being charged and has since left the country.

The offence Akyol was alleged of committing is punishable by a maximum RM5,000 fine or three-year jail term or both, with anyone convicted of abetting such an offence to face the same penalties.