In a nutshell: The PAC’s report on 1MDB

According to the PAC, it kicked off its inquiry last May 19 with a briefing by the Treasury secretary-general and the Economic Planning Unit’s director-general, before concluding proceedings on February 11 with the interview of 1MDB’s former chairman Tan Sri Bakke Mohd Salleh and former CEO Datuk Shahrol Azral Ibrahim Halmi.

Prior to the release of its own report today, the PAC had also received last month the final audit report from the National Audit Department based on the latter’s separate inquiry from last year’s March 10 to June 15.

Some key points of the PAC’s report on 1MDB can be found here: 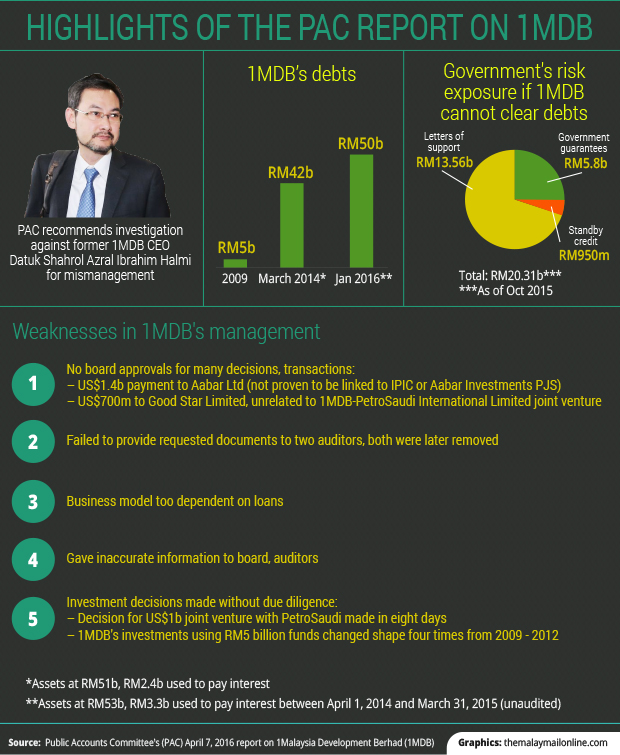 The full 106-page PAC report can be found here.