So everyone’s talking about the Umno smartphone; here’s the story of its maker

Chili Mobile founder Abdul Rahim Mohammad posing with the Umno smartphone at his booth. ― Picture by Kamles Kumar
Follow us on Instagram, subscribe to our Telegram channel and browser alerts for the latest news you need to know.
By KAMLES KUMAR

KUALA LUMPUR, Dec 12 — If your universe exists on Twitter, Facebook and Whatsapp, you may already be familiar with the Umno smartphone that made its debut this week at the Malay political party’s annual general assembly.

Priced at an auspicious RM888 per unit and available in two colours: black or white, the phone’s specs boasted a 5.5-inch high-definition IPS screen, a 2GB RAM processor, 16GB of internal memory, a 2,500mAh battery that also has dual-SIM card input, a 13MP rear camera and a 5MP front-facing camera and runs on Android 5.0 Lollipop.

It’s called the Umno smartphone because it has been customised to show the Umno logo on its boot screen, lock screen and home screen. It also has a back cover with the party logo imprinted.

But you would have known all that by now. What you may not know is that was made by a Malaysian company, Chili Mobile, touted to be the country’s first customisable phone producer. 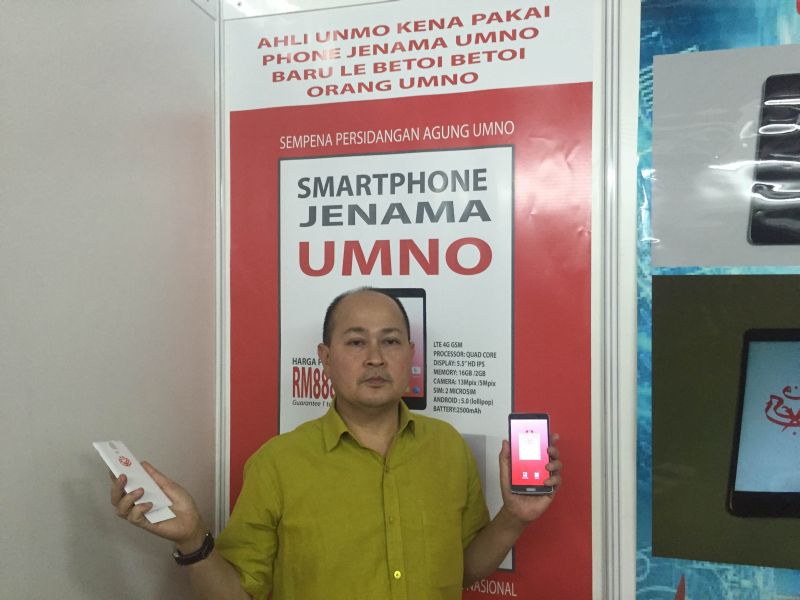 Malay Mail Online met up with the little-known local cellphone maker’s founder Abdul Rahim Mohamad last night and found out that only 2,000 units of the Umno branded smartphone was produced exclusively for the general assembly. To date, 600 units have been sold.

And here’s the surprise. Abdul Rahim said the phone is not exclusive to Umno. His company simply took advantage of their customisable platform to create a special phone for the country’s largest political party at its annual assembly in an enterprising effort to boost its sales.

“It is Umno’s convention, so I do (sic) it for Umno. If tomorrow is PAS’ convention, I will do it for PAS also.

“I’m not a politician. I am a businessman, so I take the opportunity when I can,” he said when met at his booth located on level three of the Putra World Trade Centre, where the Umno assembly is taking place.

Abdul Rahim said the Umno smartphone has been well-received by delegates there. Some have even asked him if they could customise their phones with their party division and even branch names.

“Our approach is that we can customise your phone for any organisation, clubs, co-operative. Anyone.

“You can request what brand and specifications you require and we will do it for you. You can choose the processor, memory, camera capacity, battery capacity and so on and we will make the phone for you,” he said, adding that customers can even ask for “Pekida, PAS and other logos” if they wished.

The Cyberjaya-based start-up said their smartphones were a partnership with the Malaysian Investment Development Authority and the Science, Technology and Innovation Ministry.

Usually, the phones would be priced at RM2,000, Abdul Rahim said, which would make the Umno phones a steal at RM888.

Malaysia’s Twittersphere hotted up with pictures, questions and remarks about these gadgets yesterday, and appears to still be trending at the time of writing under the hashtag #UMNOsmartphone. 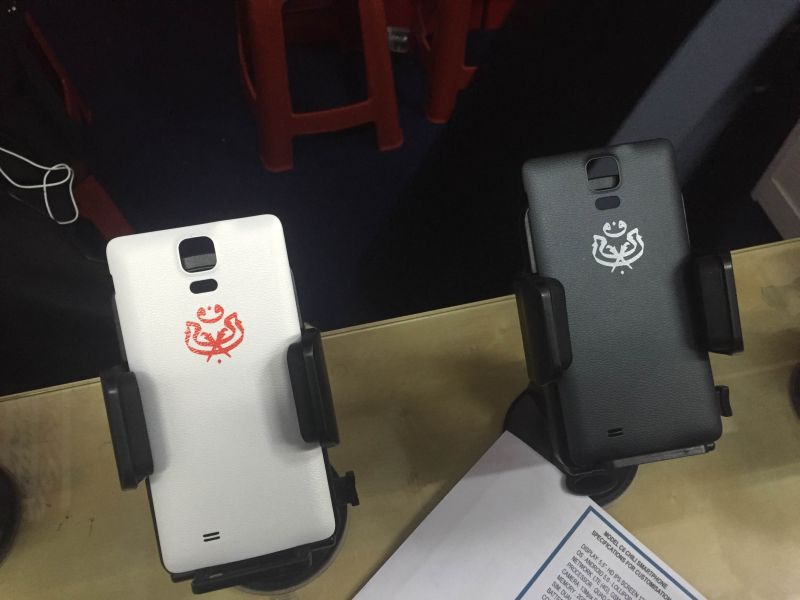 The Umno smartphone has been customised to show the Umno logo on its boot screen, lock screen and home screen. It also has a back cover with the party logo imprinted.

The responses were mixed, though many were largely supportive of the idea of a locally-made customisable smartphone while others poked fun at the possible features the phone might contain, and yet others who were sceptical it would take off.

Twitter user Vicky Tan suggested that the Umno smartphone “is a plot to remove other smartphones in the market!”

Accompanying her post was a cool modified ad promoting the Umno smartphone brandishing the party’s logo in four colours that bore a striking similarity to the new iPhone 6S models.