Ambiga: Get ready for street protests again unless MPs act to suspend Najib

The civil activist claimed the public was frustrated with the Najib administration’s handling of the country’s finances and 1Malaysia Development Berhad (1MDB), and will react by taking to the streets.

“Yes, I do,” she said when asked if the public’s dissatisfaction with the government could cause a street rally.

“Because you see, when you don’t give people options, you don’t give a way out, you don’t provide solutions, people are struggling, of course it will happen,” she added during a press conference at the Kuala Lumpur and Selangor Chinese Assembly Hall.

She added that civil societies will even spearhead the move if her suggestion to form a national government gains no traction with MPs.

“Bersih is organising (a rally), so Hakam will be part of it,” she added.

Ambiga’s suggestion for what she called a “national government” as a temporary caretaker administration is to form a non-partisan Cabinet by pressuring MPs to call for an emergency Parliamentary session and select new ministers capable of leading Malaysia for the next 18 months.

“The idea of the national government for all parties is that it will be a government consisting of MPs from both BN and opposition. (The) idea is that in times of crisis, and this has happened in many countries like recently in Sri Lanka, everyone puts aside their political differences and does what is best for the country,” she said.

Immediately after the formation of a national government, Ambiga said that independent election commissioners should be appointed so that the election following the 18-month temporary government can be done fairly.

The national government should also address the “scourge of corruption” by further empowering the Malaysian Anti-Corruption Commission (MACC) and making the Whistleblowers Act 2010 free from intimidation.

She reiterated that only members of parliament which were voted in by Malaysians have the power to bring about positive change and now, more than ever, is the time they must make a stand.

“We cannot look to anyone else except for the lawmakers we’ve elected and put there. Only numbers in Parliament is going to make a difference. That’s why I say to the members of parliament, for goodness sake, now is the time.

“We’re going to give our MPs a chance to do their work and if they fail us, then the people will act,” she said.

Prime Minister Datuk Seri Najib Razak is currently faced with claims that US$700 million (RM2.6 billion) was allegedly funnelled into his personal bank accounts through 1MDB and several other government agencies.

The ringgit being rated as the region’s worst performing currency over the first half of this year, with its value having dipped below the Asian Financial Crisis peg of 3.80 to a dollar, has also fuelled the public’s anger towards the current government, Ambiga noted. 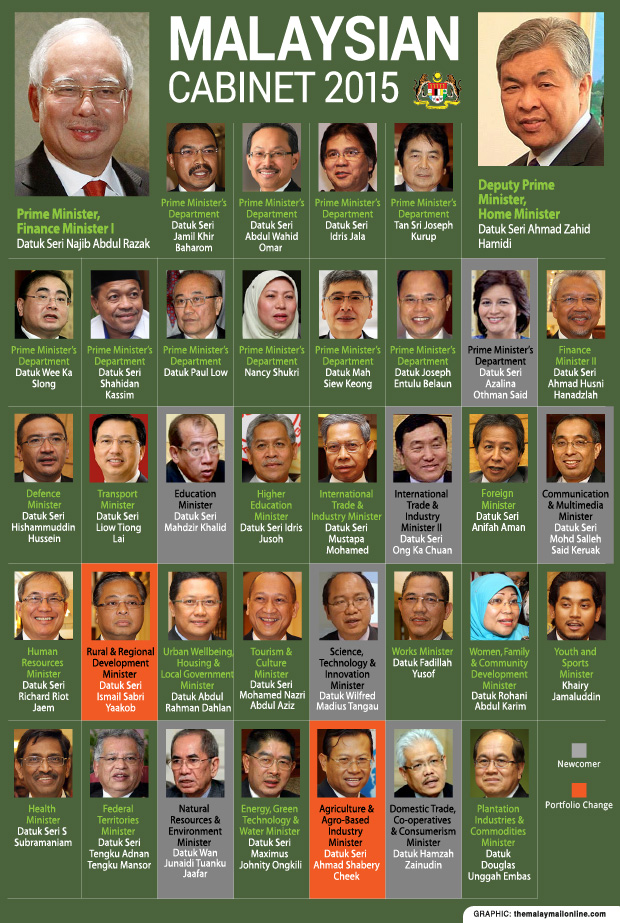