KOTA BARU, March 18 ― The amended Shariah Criminal Code II (1993) bill tabled by Kelantan today no longer listed sex between women, sex with corpses, and sex with animals as crimes, striking out Sections 19 to 21 in the previous enactment.

Section 15(1) prescribed the punishment for liwat between unmarried couples as the same as committing zina, or illicit sex ― which could include stoning until death.

Currently under Section 14 of Kelantan’s Shariah Criminal Code Enactment 1985, liwat is punishable by fine not more than RM5,000, jail not more than three years or both, and six lashes.

The Islamist party also reportedly plans to table two private members’ bills on the same matter in Parliament sometime later this month which, if passed, will enable Kelantan to implement the criminal justice system. 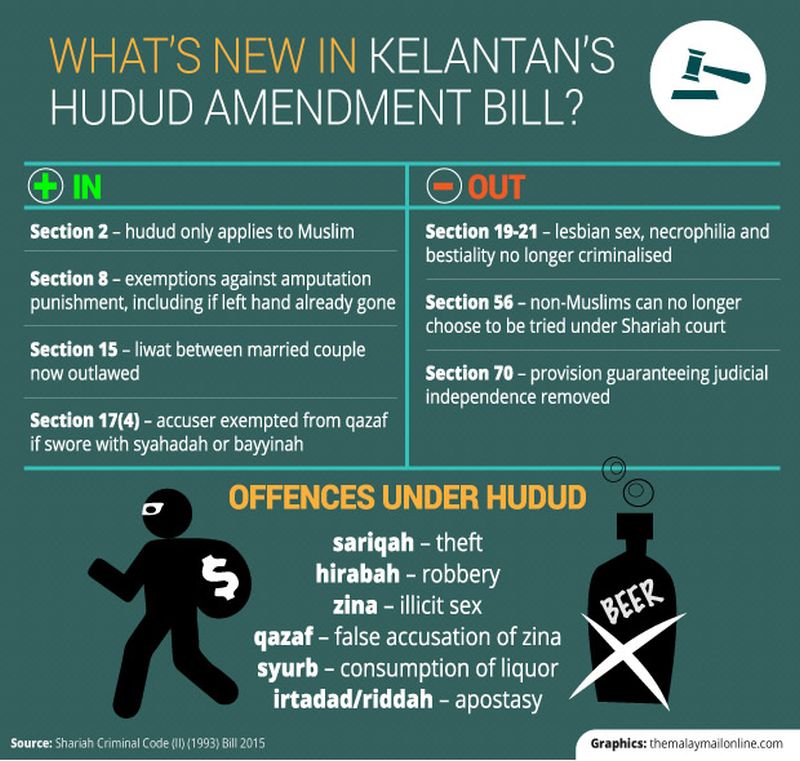