After over a year of MCO, Klang River shows signs of improvement with less waste collected, more wildlife sightings

After over a year of MCO, Sungai Klang showed signs of improvement with less waste collected and more wildlife sightings. — Picture by Selangor Maritime Gateway
Follow us on Instagram, subscribe to our Telegram channel and browser alerts for the latest news you need to know.
By ARIF ZIKRI

KUALA LUMPUR, July 14 — It has been over a year since the first movement control order (MCO) came into force which resulted in restricted public activities.

While most Malaysians are staying at home during the multiple phases of the MCO, the Klang River is finding its way to thrive again.

Landasan Lumayan Sdn Bhd’s (LLSB) Selangor Maritime Gateway (SMG) project which is responsible for the rehabilitation and rejuvenation of the river has seen less waste being collected from the river since the first MCO.

LLSB managing director Syaiful Azmen Nordin said the monthly average collection of waste has gone down from 1,500 metric tonnes (MT) in 2016 to about 900MT now.

“Last year during the first month of MCO, collection was at 580MT, and we achieved Class III and better, 90 per cent of days in that one month.

“While we are awaiting the official data for June 2021, which is the first month of our phase one of the National Recovery Plan (NRP), we are expecting a lower volume as well,” Syaiful told Malay Mail.

He added that the river was producing less smell and was cleaner now.

Since their inception in 2016, SMG has removed 67,000MT of waste from the 56 kilometres stretch of Klang river.

From that amount, 51 per cent of the waste were non-organics.

This included glass, aluminum, plastic, cardboard, rubber and even tyres and furniture.

“Between the first quarter of 2020 and 2021, the average monthly difference in the amount of waste extracted was only a reduction of 5.5 per cent.

“We have been seeing a declining trend in the volume of waste we are extracting from 2016 till now.

“But the reduction in volume is starting to become smaller and at some point soon it will not be reduced further unless there is a drastic shift amongst people and industries that are mindful about river protection,” he said. 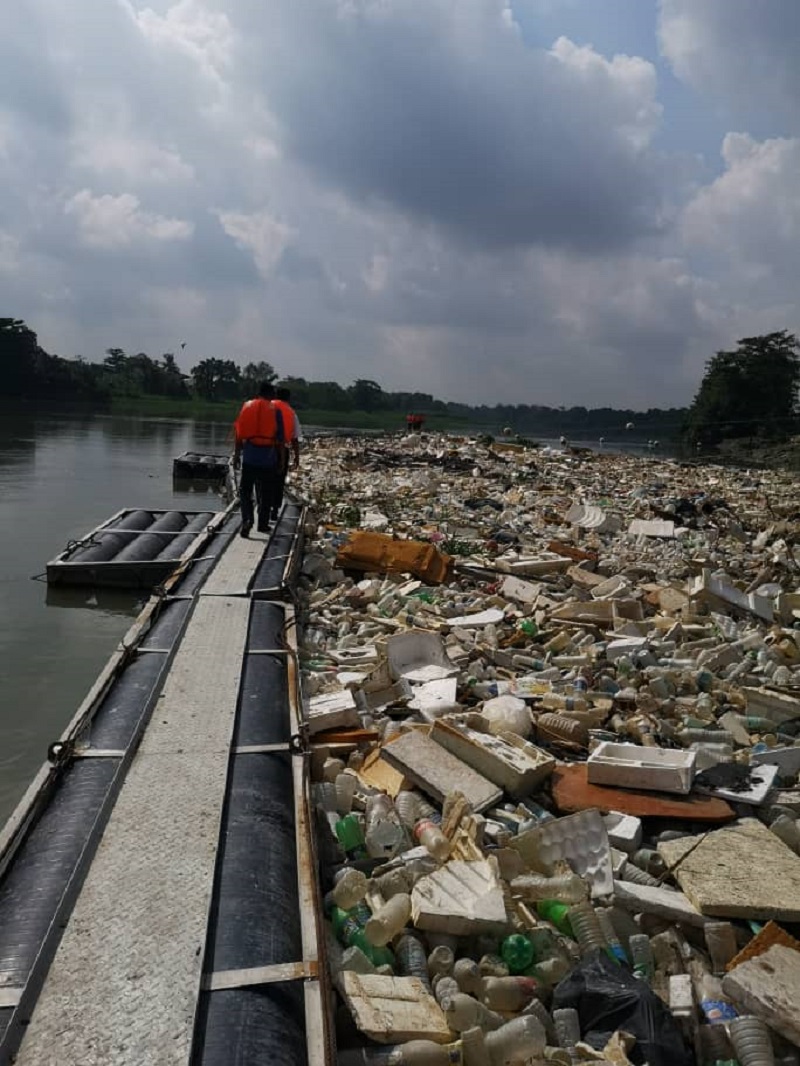 Waste collected at one of SMG’s log boom. — Picture by Selangor Maritime Gateway

Syaiful added that they have received reports of wildlife sightings at some of their catalyst project sites such as at the Taman Awam Pangkalan Batu and at their Mangrove Point which is set to open by the first quarter of 2022.

“Eagles have been spotted near our Mangrove Point and there continue to be sightings of crocodiles as well, all of which point to a healthier river,” he said.

SMG is also working towards their next phase of recovering and repurposing the waste they’ve collected to divert it from landfills.

Amongst the efforts was discussing with Nestle Malaysia for a test project to recover solid items from their log booms for recycling and seeking solutions to upcycle their waste via waste-to-energy or waste-to-product.

LLSB was mandated by the Selangor State Government to revive Klang River through cleaning, rehabilitation, and rejuvenation under the SMG project. 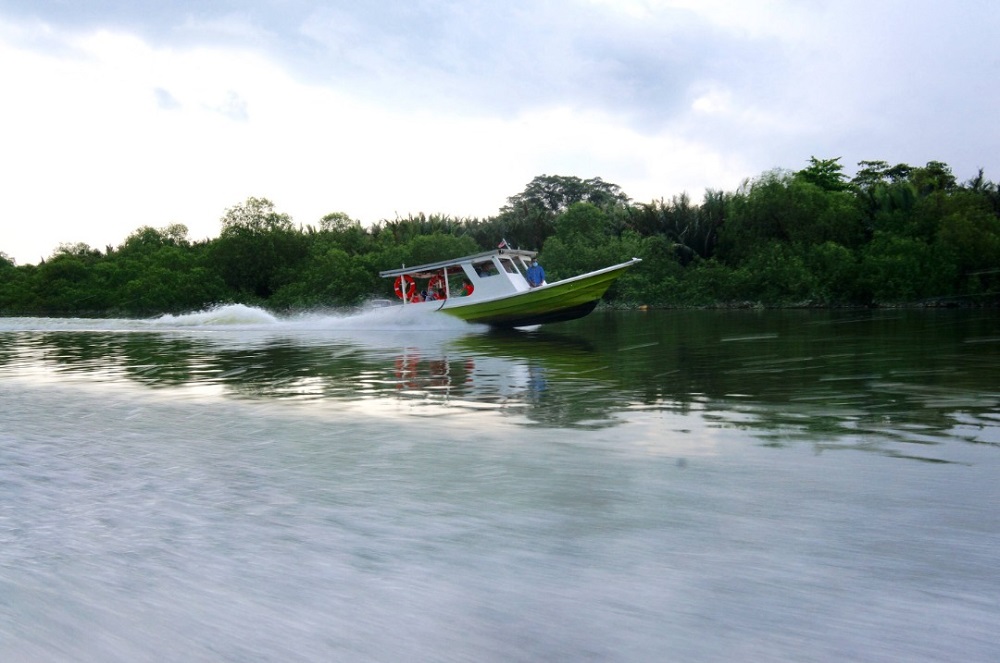 According to water expert Zaki Zainuddin, although Sungai Klang have seen some improvement since the first MCO, however the effect is not the same for other rivers in Malaysia. — Picture by Selangor Maritime Gateway

The other side of the coin

Although the Klang River has seen some improvement since the first MCO, the effect was not the same for other rivers in Malaysia.

Water expert Zaki Zainudin said the location and activities at the river basin itself also played a role in determining the water quality.

“It all depends on the activities at the river basin.

“The river basin is formed from upstream to downstream, it flows by gravity into one area where the water is concentrated in.

“The point where rain falls, that is considered as the river basin and whatever that is occurring within the river basin, will affect the water quality of the river.

“Water quality depends on the river basin’s location as well, be it in the industrial area, commercial area or residential area. If the area within the river basin is polluted then so will the water,” Zaki told Malay Mail.

Zaki said the MCO had restricted only some activities whereby land-use activities such as factories and agriculture were still operating.

“Let’s say you’re in an area where the mainland is used for agriculture like palm-trees or for example for mining or logging activities, it’s ongoing and does the MCO affect any of this land used? Of course not.

“So, the MCO doesn’t really affect rivers with these kinds of land disturbances. The pollution from the erosion will still be the same,” he said.

However, Zaki also pointed out the reduction of human activities in urban areas caused by the MCO also meant a reduction in pollutants contaminating the rivers.

“If you go to urban areas like Selangor and Kuala Lumpur, the MCO has restricted certain activities, pollution generating activities in these areas.

“For example, dine-ins are not allowed, carwash are closed and even the markets are limiting their operations. These kinds of services usually release a pollutant called sullage or grey water which primarily consists of organic matters from food waste.

“So with the MCO happening and these premises aren’t allowed to operate, of course the amount of pollutants will reduce and there will be some improvement in water quality,” Zaki said, adding that this improvement could only be seen at an urban setting. 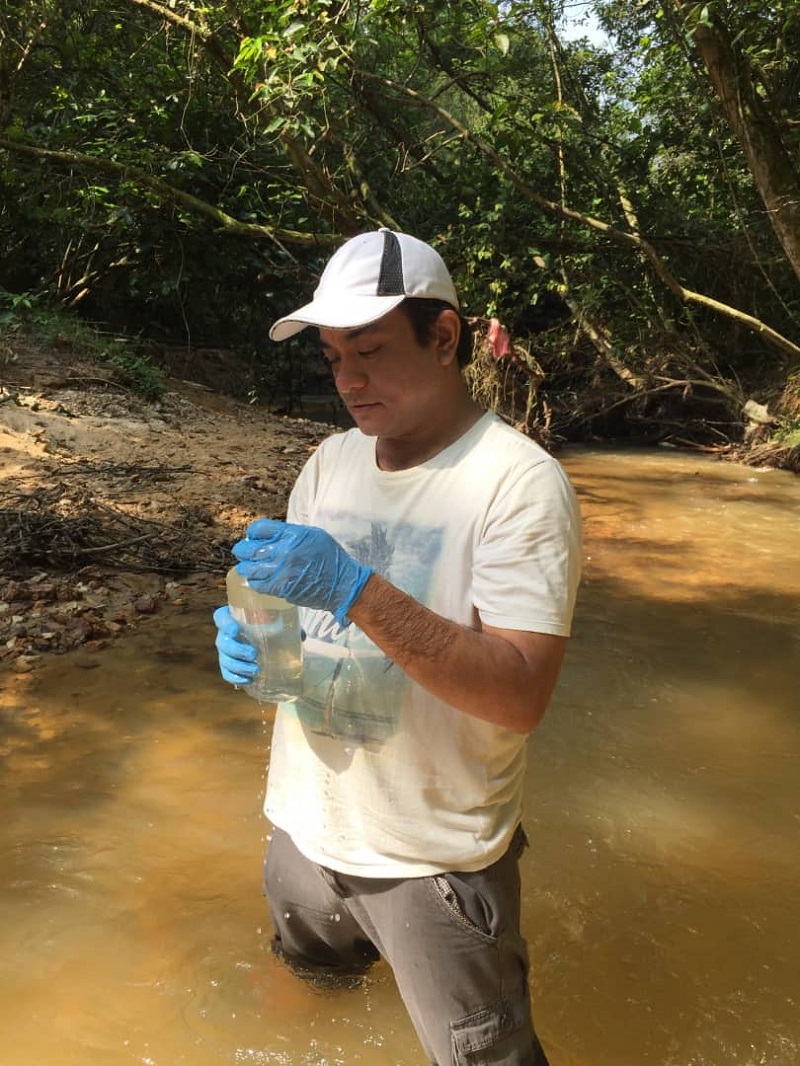 Besides that, Zaki also expresses his concern post-MCO as he estimated that industrial companies will have the tendency to recoup their losses and will start operating double time than usual which could lead to them producing more pollutants.

“Producing more pollutants is one thing another thing is having some people trying to cut corners.

“Although there are laws regulating pollution and waste but some parties, they want to cut cost in terms of pollution control.

“If they cut corners in pollution control then it will become a problem to the environment as well,” he said.

Zaki also said that there will also be a tendency for new kind of developments, investors and industries coming into the country post-MCO and it is important to manage these industries carefully as some industries can bring more pollutants than others.

Locating the new upcoming developments is also important as Zaki suggested that these developments should avoid being built on sensitive areas like along the rivers or near the upstream or location that could risk the waters.

“Take for example what happened in Sungai Selangor and Sungai Goh last year which has caused the water disruption and has affected many.

“These kinds of activities, if it were to be located upstream could pose a risk to the water intake,” he said.