MPSJ officials dragging a stray dog to their van, as it cries in pain, despite a man’s efforts to stop them. — Screengrab via Facebook/We Are Malaysian
Follow us on Instagram, subscribe to our Telegram channel and browser alerts for the latest news you need to know.
By MARK RYAN RAJ

A video posted on the We Are Malaysians Facebook page yesterday has since received over 1,000 views and nearly 1,500 shares.

In the clip, a group of seven or eight MPSJ council workers, animal control staff were seen gathering around a car, where the stray was seeking safety.

Despite continued pleas from the woman recording the video to the MPSJ officials to stop, the officials carried on anyway and dragged the wailing dog out from under the car.

A man, presumably the woman’s husband, tried to stop them as the poor dog was dragged out by its paw and was undoubtedly shrieking in pain.

The woman was left in tears as she shouted, “Don’t do that! It doesn’t bite!”, as the MPSJ officials kept dragging the dog back to their response van. 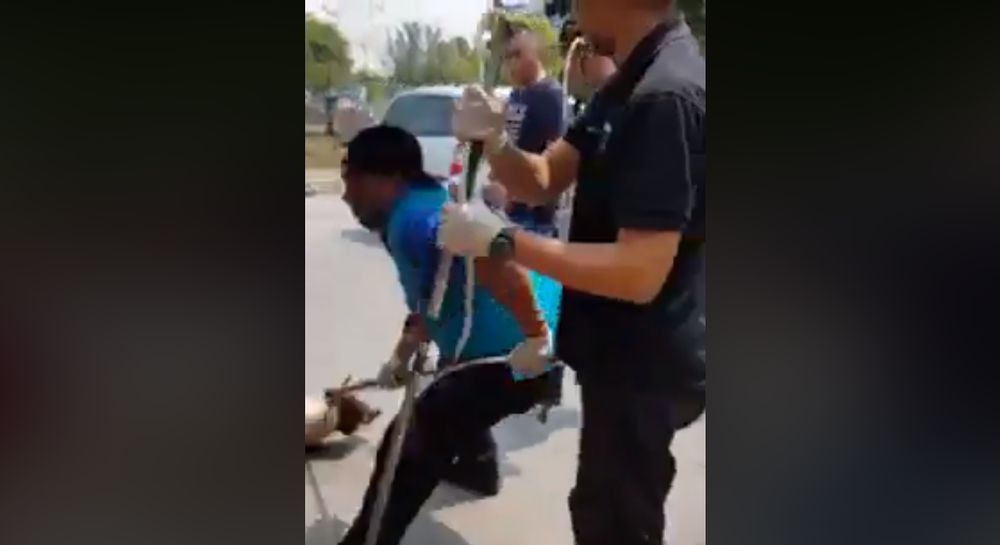 A screenshot of the MPSJ official flinging the dog into the van by its neck. — Screengrab via Facebook/We Are Malaysian

She continued to beg and plead with the officials to “not catch the dog” because it never hurt anyone and she used to feed it because it did not have a home, as they proceeded to fling the dog by the neck into their van.

They then said the couple was disrupting the work of public officers and they had no reason to be filming.

MPSJ officials then asked the pair to “make a report” if it is, in fact, their dog, as they then left the scene.

Social media users didn’t take kindly to the attitude of the MPSJ officials as many commented on their dissatisfaction with the council workers. 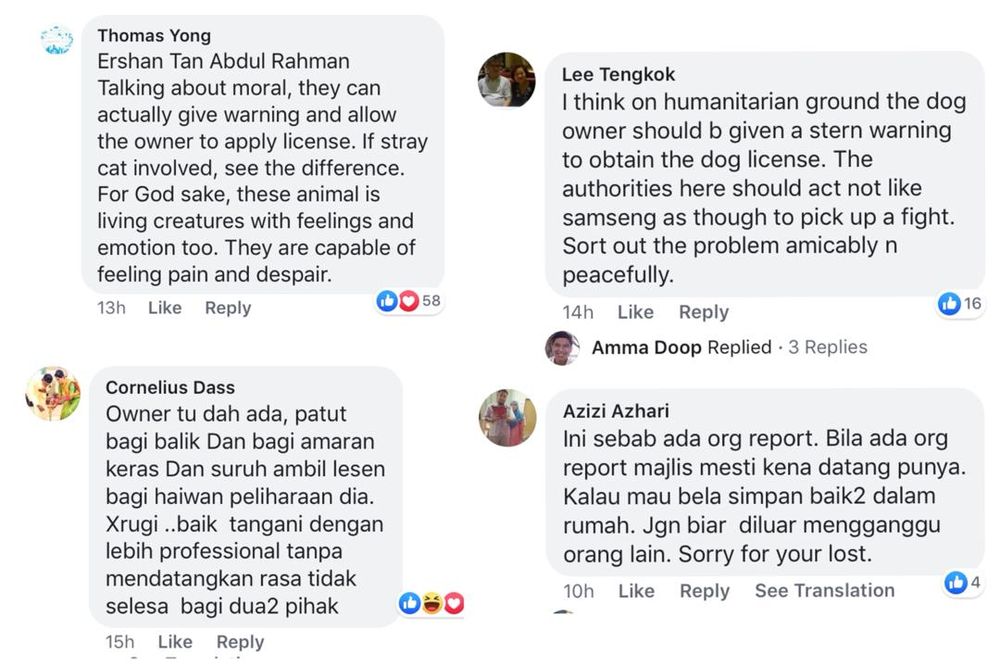 Social media users’ reactions to the video. — Screengrab via Facebook/We Are Malaysians

Many criticised the aggressive handling of the dog, saying that the officials lacked empathy because the dog is a living creature too and is capable of feeling emotions such as pain and despair.

“The owners were already there, they should have given them a stern warning and asked them to apply for a dog license instead, that would have been more professional,” wrote a user.

Others defended the public officers saying that they were only doing their job, as a complaint had been made, and said that the owners should have kept the dog at home.

MPSJ said in a press statement that they were only responding to a complaint after a student was supposedly bitten by a stray dog in Puchong.

The town council also noted that the couple were “interrupting” and “preventing” their workers from carrying out their duty, which provoked a reaction from them.

“It is understood that the MPSJ officers were trying to carry out their duties to the best of their ability, despite the provocation from the couple, however, we believe that our officers could have handled the situation with more care,” said MPSJ’s deputy director Azfarizal Abdul Rashid in a press statement.