From yee sang to location boo-boo, Malaysia vs Singapore rivalry heats up with website mistakes

Malaysians who lambasted the article on BBC’s Travel article that hailed yee sang as ‘Singapore’s salad’. — Screenshot from BBC.com
Follow us on Instagram, subscribe to our Telegram channel and browser alerts for the latest news you need to know.
By By Joe Lee

PETALING JAYA, Feb 20 — The friendly rivalry between Malaysians and Singaporeans reared its ugly head once again online as an American website added fuel to the fire.

This comes a day after the BBC claimed that ‘yee sang’ originated from the island republic.

Before the dust had settled on fuming Malaysians who lambasted the article on BBC’s Travel that hailed “Singapore’s salad” — American website thezoereport.com listed Singapore as in Malaysia and referred it as “the Malaysian island city-state”.

The faux pas was spotted in the list titled The Most Expensive Cities In The World To Live In, According To Experts. — Screenshot from thezoereport.com

Both Malaysians and Singaporeans alike roasted the site for its error.

The Malaysians won’t be happy. Singaporeans will roll eyes.@thezoereport - u need to check ur facts before you hit “Publish”. Singapore & Malaysia are neighbours, not the same country. https://t.co/QRt4m9TyhQ

Welcome back to the federation of Malaysia, Singapore...courtesy of some really brilliant journalists from the Western continents https://t.co/rA1iIkRmkG

Well the writer probably missed the part where Singapore dropped out of the formation of Malaysia and became a country on its own 🤷‍♀️ https://t.co/jsY63qe4RI

The faux pas was spotted in the list titled The Most Expensive Cities In The World To Live In, According To Experts.

Yesterday, an article in BBC’s Travel segment online that read Singapore’s Salad That Makes You Rich, the ‘yee sang’ was “brought to Singapore by Chinese immigrants in the 1930s” and before “four Singaporean chefs then created their own recipe of the “salad” in 1964, which has now become the “focal point of every Singaporean Chinese New Year celebration”. 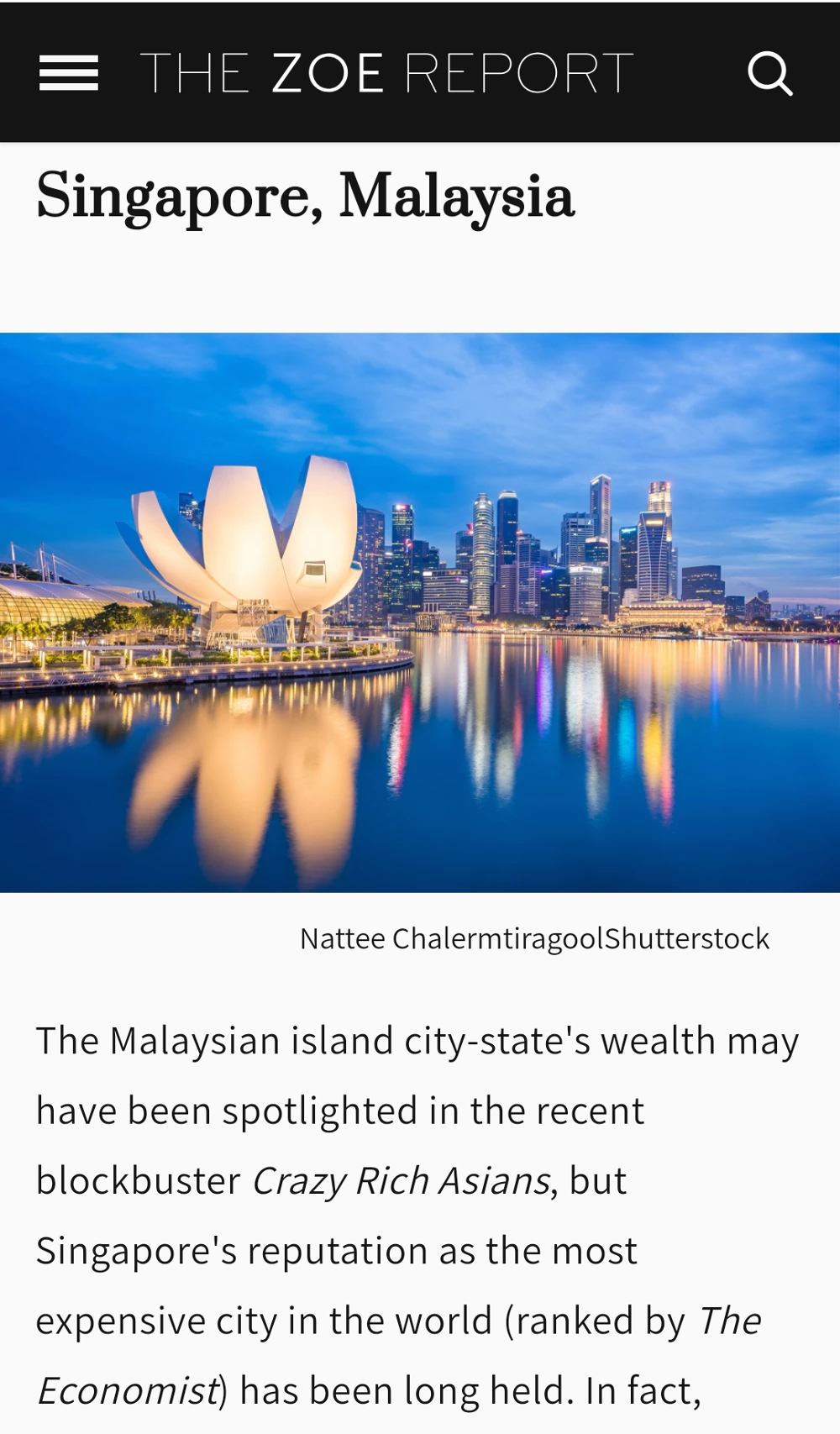 The origin of the seasonal favourite, has been attributed in the book, A Toss Of Yee Sang as cited by website Cilisos, to Loke Ching Fatt, a Chinese immigrant who settled down in Seremban in the 1920s, before introducing his own take of the dish since the 1950s.

Malaysians were less than amused with BBC’s version and vented online.

Have they not any shame?

Malaysia has full claim and full rights to this! #bbc #yeesang

Dear BBC, yee sang or salad tossing during Chinese New Year was not created in Singapore. It was malaysia specifically seremban tho I didn't know that. Pls in future just assume any good food originated from Malaysia but western world lets Singapore take credit. pic.twitter.com/QRHR4Wcnmx

In Ampang, babysitter nabbed after baby dies under her care