Umami for your 'wantan mee': How Shoyu Bros transformed a classic Japanese sauce into a contemporary Malaysian condiment

PETALING JAYA, June 1 — One of my favourite ramen is a bowl of shoyu tantanmen; it tastes creamy, nutty and absolutely savoury.

That bowl, that rich broth, would simply not taste the same without a good quality shoyu or what we recognise as Japanese soy sauce.

But it’s not just ramen or other Japanese staples such as teriyaki or tamagoyaki (rolled omelettes) that benefit from the umami notes of shoyu.

Even Malaysian favourites such as wantan mee and half boiled eggs would taste that much more intensely savoury with a dash of shoyu. Beyond its role as a sauce or dip, shoyu can be an incredible marinade such as for barbecued chicken wings.

But surely that’s a far-fetched proposition, to use Japanese shoyu for Malaysian delicacies? Perhaps not if you ask Shoyu Bros, possibly the first Malaysian maker of artisanal shoyu. 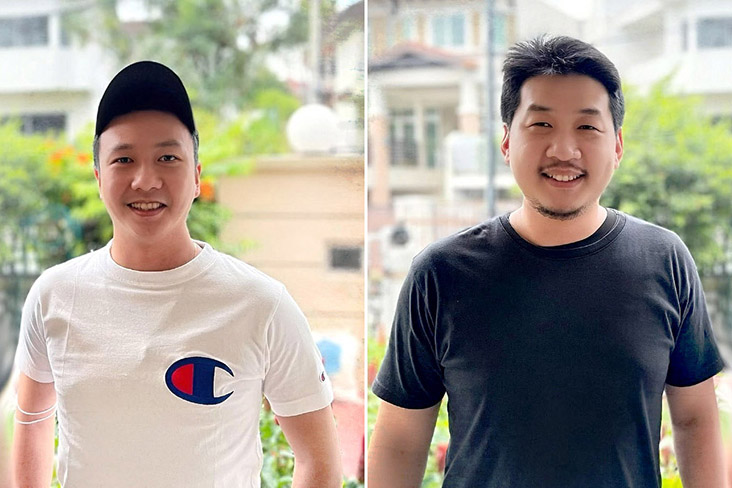 Khoo shares, “Tan is the head chef at The Rare Food Co. while I’m a business development manager at my family’s manufacturing company, Sandpaper. Although both of us are in different industries, we remained best friends throughout the years.”

Perhaps it’s precisely their different careers that brought them closer; each contributes to their startup in crucial ways, Tan with his culinary background and Khoo with experience in public relations.

Tan says, “Launching a business isn’t as easy. While many of our peers warned us against going into business as close friends, there are examples that prove it can work — just take a look at Ben & Jerry’s, Grab and Airbnb – by starting with a friendship before a brand. Look how far they’ve come.”

Shoyu Bros is an artisanal brand of 'shoyu' made in Malaysia.

Starting a food business was a no-brainer, according to Khoo. He shares, “Bryan and I always had a passion for food. One day while Bryan was trying to create a recipe for his menu, he came across a very unique garlic and thought of incorporating the ingredient into shoyu or soy sauce to create an artisanal food condiment.”

As the duo had no prior knowledge of making shoyu, they decided to approach a local food condiment company with a joint venture proposal. Tan shares, “The company, a third generation soy sauce manufacturer for 40 years now, agreed to guide us on the process so we could take care of all operations on our end to launch our shoyu product in the Malaysian market.”

But what is shoyu? Isn’t it just Japanese soy sauce?

Khoo explains, “While soy sauce contains 100 percent soy, shoyu is made with 50 per cent soy and 50 per cent wheat. Our shoyu is aged for over nine months and only the first drawn is bottled to ensure the highest standards of taste are maintained.”

The result is full of umami notes, of course, but more specific than the umami of mushrooms or umami of miso. Fermented flavours, yes, but also earthy and smoky, almost woody. 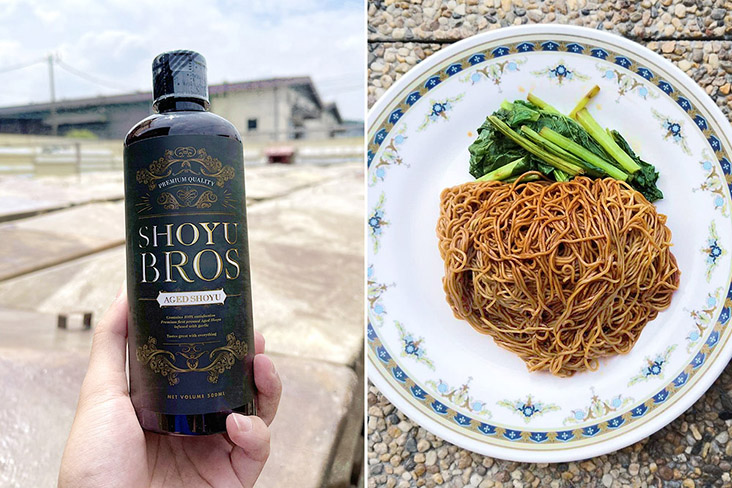 Beyond traditional Japanese dishes, Shoyu Bros can elevate Malaysian favourites such as wantan mee too.

Such an unusual flavour, Tan explains, comes from “months of unhurried traditional ageing using premium Canadian non-GMO soy beans with garlic under the Malaysian sun. In fact, our biggest obstacle at the beginning was infusing our shoyu with garlic. It took us months and many late nights to achieve a satisfying final product.”

As Shoyu Bros was a new brand in the market, Khoo recalls that they had to build confidence “in the eyes of every household. Therefore at the start of the business we decided to incorporate a traditional business model which is to execute door to door offline sales before we brought our business online.”

Their approach was to ensure that the majority of the prospects or customers they connected with could experience the unique taste of their Malaysian-made shoyu firsthand. Being able to explain the finer points of their products made a difference too.

Another aspect that was emphasised was the design of their bottles. There was a need for the look to be both classic and contemporary, to distinguish their product from the run-of-the-mill options saturating the market. This is not just soy sauce — that message had to be clear. 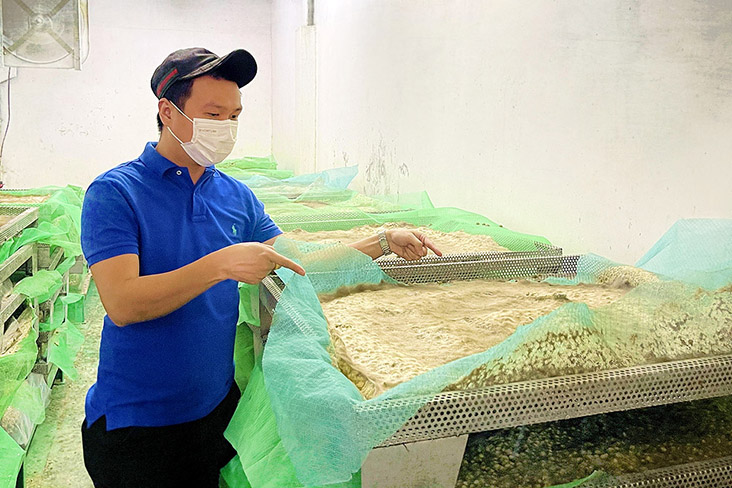 The duo turned to another childhood friend for help. Khoo says, “Our friend Fazil who owns a prominent digital marketing company in Malaysia helped with the design of the label. We wanted our labelling and packaging to be different from your conventional soy sauce labels, and Fazil took it to another level.”

With a one-two punch of a personal touch with their atypical (for startups these days) offline sales strategy and attention grabbing design, Shoyu Bros soon saw encouraging results with increased sales and repeat customers.

Tan says, “After getting repeat orders from our traditional business model strategy, we knew it was time to bring our business online. We then started selling Shoyu Bros on Instagram, and we were very fortunate to be overwhelmed with orders.”

As both have full-time jobs, they have had to juggle their schedules to incorporate deliveries for their side business. Typically Tan would handle deliveries in the morning before work while Khoo does the evening deliveries after work.

It’s very much a lean startup model and entrepreneurial lifestyle. Khoo says, “Being able to sleep long hours was a luxury back then when we started as we had to balance our business and also our full-time jobs. But I guess you will never regret working hard because hard work always pays off at the end of the day.”

Those sacrifices seem to be paying off, judging by the customer response which has been ecstatic thus far. Tan shares, “Some say it tastes like truffle and garlic, while others rave about its sweet base and a very unique woody flavour. My favourite is ‘Once you try Shoyu Bros, you will never go back to your conventional soy sauce’!”

Keeping operations running during the crisis came with its challenges. Khoo says, “We had seen a surge in online orders during the movement control order (MCO) and festive seasons. We had a hard time keeping up with the orders coming in as we were not prepared for such huge orders from our retail partners and social media platforms.”

Shoyu Bros has since tripled their production capacity since the first MCO. The rapid scaling up has been a humbling experience and, as Tan observes, one of gratitude: “We were one of the very fortunate ones, especially being a new start up to have survived this global pandemic which has struck all businesses one way or another.”

The company is currently solidifying their position in the retail market; the goal is to be at a competitive level with other soy sauce adjacent brands since shoyu is still a niche product.

Half boiled eggs taste great with 'shoyu' too!

Khoo adds, “Moving forward we will be focusing more on marketing content and strengthening our distribution system throughout Malaysia. Hopefully one day we will be a brand known all around the world.”

What an achievement that would be — for a sauce originating in Japan to be synonymous around the world with a Malaysian brand!