Malaysia Book of Records representatives Nurul Fatihah Mahmood (left) and Jwan Heah pictured with the boba model cup. — Picture by Choo Choy May
Follow us on Instagram, subscribe to our Telegram channel and browser alerts for the latest news you need to know.
By TAN MEI ZI

Spanning 2.1 metres in diametre, the model is a supersized rendition of the popular brown sugar bubble tea that captivated Malaysian taste buds in 2019.

Exhibition-goers then formed a long line that snaked its way around the hall to get a free cup of milk tea dispensed from the model itself.

Thanks to their creative stunt, Kong Fo Cha is now officially credited in the Malaysia Book of Records for creating “The Biggest Boba Model Cup”. 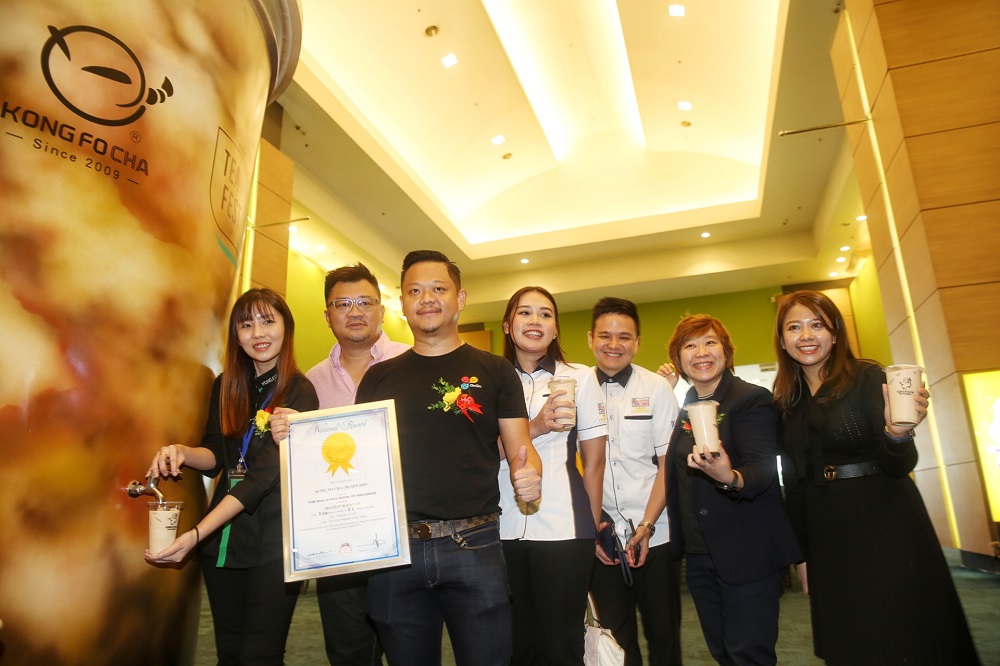 “We’re still quite new in Malaysia and we want to be a unique name that stands out to local boba lovers.

“Besides focusing on drinks, we are planning to introduce some food items into our menu as well so people will see as more than just a bubble tea brand,” said Chua.

The giant boba cup will continue to be on display at the TeaFest event until December 29 and Kong Fo Cha have plans to use the model again in its future promotions.

Malaysia currently has 102 bubble tea brands operating in the country right now with a mix of local and international names. 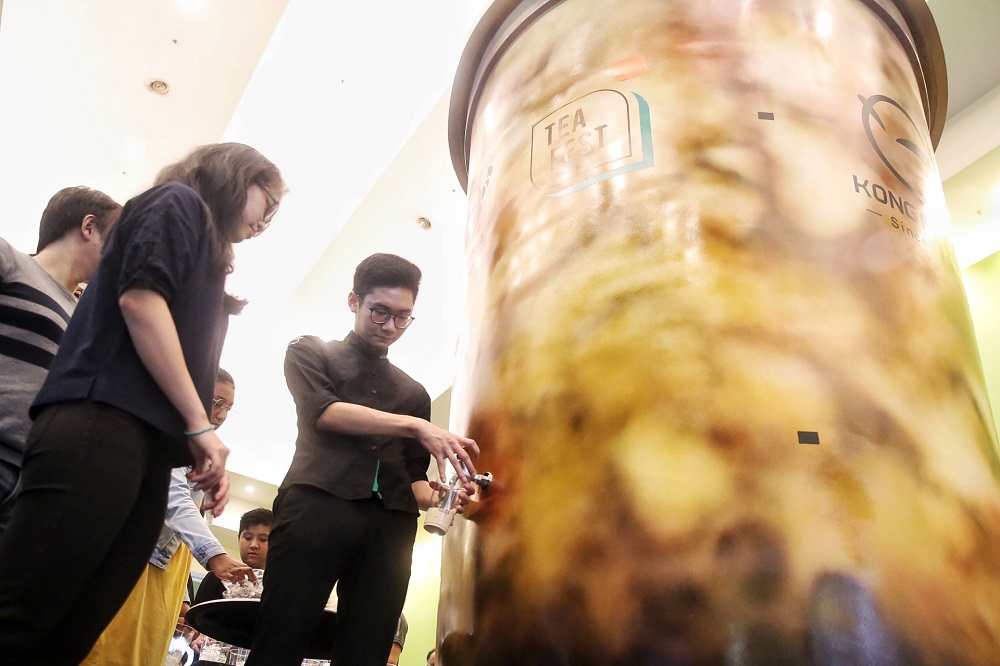 Visitors lining up for a taste of Kong Fo Cha’s milk tea. — Picture by Choo Choy May

Kong Fo Cha brewed its first cup for a customer in 2009 and the brand now has outlets in Hong Kong, Canada, Singapore, South Korea, Australia, and Malaysia.

It is one of the platinum sponsors for this weekend’s TeaFest exhibition, which aims to match investors interested in franchising or licensing bubble tea brands while offering boba enthusiasts a chance to sample various drinks in one spot.

Business networking app OnOn is listed as a partner for the three-day event, which expects more than 50,000 guests to attend.