People walk at the border crossing between Poland and Ukraine, after Russia launched a massive military operation against Ukraine, as seen from Medyka, Poland, February 25, 2022. — Reuters pic
Follow us on Instagram, subscribe to our Telegram channel and browser alerts for the latest news you need to know.

PARIS, Feb 26 — Russian forces have made thrusts into Kyiv before falling back to the outskirts, facing tough resistance from Ukrainian troops on day three of the invasion ordered by President Vladimir Putin on February 24.

Here AFP describes the situation, based on statements from both sides as well as assessments by Western defence and intelligence officials.

Russian ground forces have pressed deep into Ukraine from the north, east and south but have encountered a resistance from Ukrainian troops whose intensity has likely surprised Moscow, according to Western sources.

“Russia has made some progress in its operations. But Ukraine retains control of the key cities,” said a Western official, who asked not to be named.

The official said that Ukrainian military was offering “strong resistance” in key cities, expressing fear over the potential “indiscriminate” use of violence by Russia if its timescale for the invasion was not met.

Ukraine’s military said Russia had attacked troops on Victory Avenue that leads to the centre of Kyiv but that the assault had been “repulsed”.

Russia has so far not succeeded in fully taking any Ukrainian city, although its forces have been bearing down on Kyiv as well as Kharkiv, which lies close to the Russian border.

Russia has claimed control of southern urban centres, including Melitopol and Kherson, north of the annexed Ukrainian peninsula of Crimea, but this has not been confirmed by Western officials.

A senior US defence official told reporters yesterday that the momentum of the Russian advance, particularly around Kyiv, had slowed over the last 24 hours.

“They have not achieved the progress that we believe they anticipated they would,” the official said, speaking on condition of anonymity. 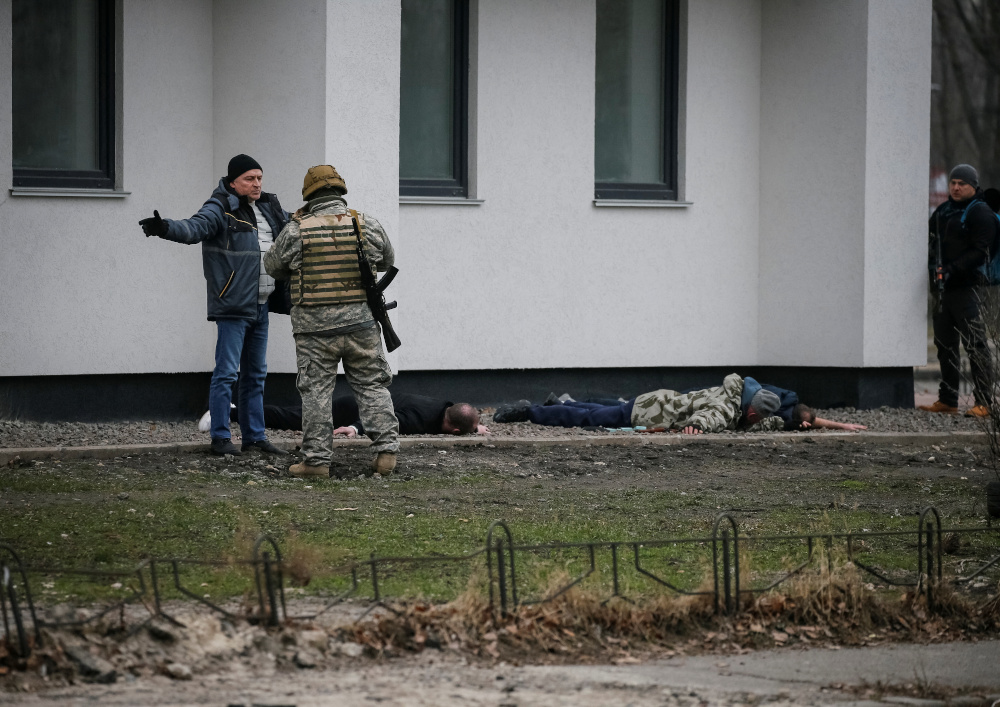 The conflict has been marked by radically different versions of events from both sides, with Western officials warning of prudence in a war likely to be marked by disinformation.

“On losses, we have no figures. We must be wary of the figures that will be announced by both sides because it will be part of the information war in this conflict,” said a French military official, who asked not to be named.

The official warned over the frequent use on social media of “archive images” that purported to show current events.

Ukraine’s President Volodymyr Zelensky hailed the heroism of 13 border guards on Snake island in the Black Sea who were killed after purportedly telling a Russian military warship to “go fuck yourself” rather than surrendering.

Moscow however said that over 80 Ukrainian servicemen on the island had surrendered and given up their weapons.

Ukraine meanwhile said that a Russian missile had struck the upper floors of a high-rise Kyiv apartment block, saying this showed that Moscow was directly targeting civilians.

Moscow denied this, saying it had been hit by a Ukrainian air defence missile that had malfunctioned.

The Ukrainian defence ministry said 2,800 Russian soldiers had been killed, without providing evidence.

Ukraine’s health minister said today that 198 civilians, including three children, have been killed so far by Russian forces.

Moscow has yet to report on casualties. 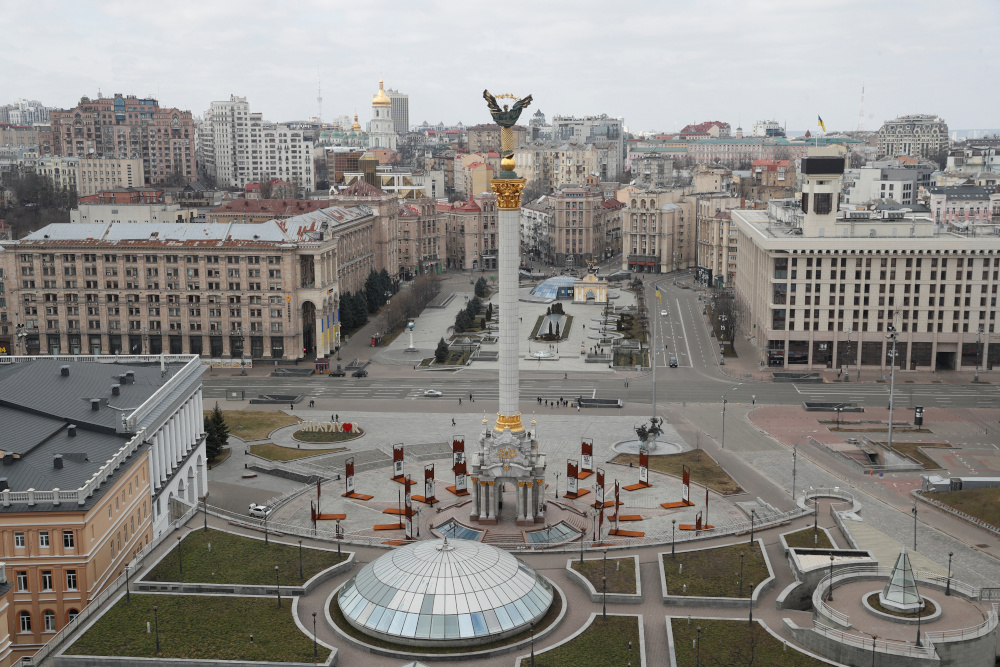 Western sources agree that days of fierce fighting looms for control of Kyiv with Zelensky — who has insisted on staying in the capital — in physical danger.

The French official reaffirmed Western arguments that Putin’s aim appeared to divide Ukraine in two by taking control of the territory east of the Dnieper river, including Kyiv.

“The fighting for Kyiv is likely to be quite long, destructive and deadly. Given the size of Kyiv and the organisation of the city, the fact that buildings are going to be hit seems almost inevitable,” said the official.

The Western city of Lviv, to where many Kyiv residents and foreign diplomats have travelled in search of security, appeared safe, at least for now.

“It will depend on the success that they (Russian forces) have as to whether they could potentially go further west,” said the Western official, adding the the security of Lviv was being closely examined “day-by-day”.

In the south, Russians continue to push to Kherson but are also widening the front, landing amphibious forces to Crimea’s east to threaten Mariupol.

Russians have also sought to take control of the Kakhovka hydroelectric plant on the Dnieper river north of Crimea, launching cyberattacks on the plant, the US official said. — AFP