APRIL 26 ― It will not come as a shock to those who have been watching the political scene to see the Umno-led Barisan Nasional (BN) win a resounding victory in the upcoming general election despite its scandal-ridden record of tainted leadership and mismanagement of the country’s economy and society.

It may also not be a surprise that Pakatan Harapan (PH) in its present form of coalition contesting the election will lose more than a few seats.

The big question is by how much the BN will win; and if that happens, what will a much weakened Opposition mean for the country.

It is quite likely that BN with the support of Sabah Umno and Sarawak’s GPS will be returned easily to government. The grouping will have considerably more seats over the 112 simple majority needed in the new Parliament.

In an extreme scenario, BN may even be able to garner a simple majority in its own right without the assistance of GPS.

Umno won 54 seats in the 2018 general election, losing 17 seats to defections, which the party will be eager to pick back up. Umno is likely to win back a number of Bersatu seats, as well as some from PKR and Amanah one. This will return the party to its previous position as the dominant partner in any governing coalition.

Bersatu will formally remain as part of the federal government until the dissolution of parliament. Led by Tun Dr Mahathir Mohamad during the 2018 election, campaigning on the corruption of then prime minister Datuk Seri Najib Razak, Bersatu won 12 seats.

The party was able to swell parliamentary numbers to 32, with Umno and PKR defections, even with the loss of six members, four going on to form Pejuang, after the Sheraton Putsch in February 2020.

Bersatu is now basically a party made up of defectors who will be targeted by the parties they defected from in the coming general election. It is expected the majority of Bersatu seats will be taken by Umno, leaving Bersatu with a strength of between eight to 24 members in the best-case scenario.

PAS is likely to hold on to most of its seats, possibly losing one in Kedah. PAS will once more become a primarily East Coast-centric party. However, despite its limited influence in the west coast states, the party will continue to exercise an influence in the nation’s socio-economic and religious sectors that is out of proportion to its electoral standing.

GPS is likely to pick up a few seats, taking it above the current 18 seat tally, from the Opposition based upon the last state election results.

The next election won’t be so good for the Opposition whether from the Peninsular or East Malaysia. Based upon previous state elections, PH is headed for the political wilderness.

This will be particularly so for PKR. PKR won 48 seats in the 2018 general election but lost 12 seats primarily from the Azmin Ali defections in February 2021. In a worst-case scenario, PKR could end up with as few as 26 seats in the next Parliament.

DAP is very likely to retain a large share of the urban and non-Malay votes despite disappointing its supporters during its brief stint of power sharing. But electoral gerrymandering and voter malapportionment will mean that voter support for the party will not be reflected in a bigger number of parliamentary and state seats they can win with a fair electoral system.

It will also mean that urban constituencies will continue to have their concerns marginalised or ignored. The DAP's biggest threat will be a regenerated MCA and how much Chinese voters will shift loyalties towards the MCA to look after non-Malay interests within a BN government.

DAP representation may go down from the current 42 members to around 38. A revived MCA is also unlikely to have much influence over a Malay dominated national agenda even though promises are likely to be made by the BN that it will represent the interests of non-Malays during the coming electioneering.

Amanah may fare badly and could lose half its representation of 11 members, primarily to Umno and maybe even PAS in a couple of seats.

As for Pejuang, even with Dr Mahathir's active campaigning it is hard to see it having any impact or even to hold on to its current four seats. 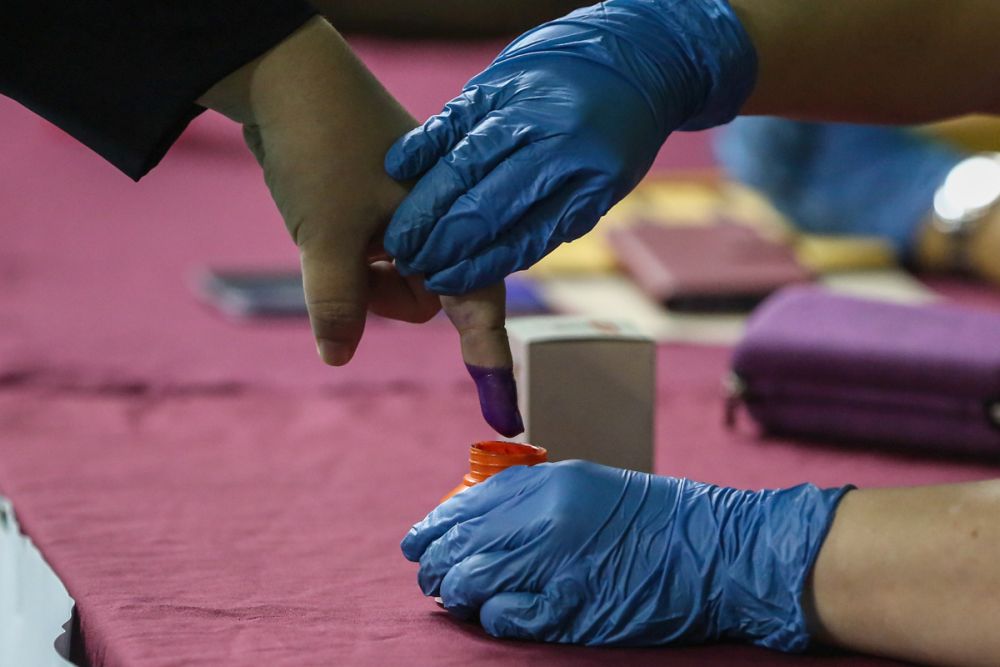 In the rough and tumble Sabah political landscape, Warisan may be able to retain its seven seats and regain the vacant Batu Sapi seat. Most probably any attempt to branch into the peninsula will be strongly rejected by voters unless it works with Peninsula-based parties and wins the support of the Opposition grassroots in constituencies that they contest.

This means there will be fewer PH MPs in the new Parliament. The current 90 members could go down as low as 58 seats in a BN counter tsunami.

This raises the question, what can the Opposition do in the coming general election to minimise the potential losses? This is the stark reality PH must look at, and tailor their strategy accordingly.

Making no changes will create the most fragmented Opposition party environment ever seen in Malaysian politics. Three and even four cornered electoral contests are going to give the election to the BN on a silver platter.

The Opposition vote will be split in so many ways that will make it ineffective and without a significant number of Yang Berhormats to check Umno, the BN and PAS in state and federal level politics. This is the most likely election result which can lead to even greater mismanagement, more flagrant abuses, heightened cronyism and further decline in the nation’s development unless the Opposition collectively can develop another potential scenario.

Based on the previous state elections, PH, and in particular PKR is very vulnerable. In order to maximise its electoral performance PH will need to enter into some pact with other parties. The cost of not doing so will cost PH very dearly electorally.

This may even mean that PH may have to enter into some form of electoral agreement with Bersatu.

However, most of the party rank and file in Amanah, DAP, and PKR appear unable and unwilling to accept the Bersatu partnership, let alone leadership.

This effectively kills off any potential agreement with a party that betrayed PKR, especially with the Azmin Ali faction that brought the PH government down in February 2020.

Keeping to principle vis a vis Bersatu will cost PH seat numbers but this may be the price to pay, rather than carry this albatross into the future.

A more politically principled and promising strategy is for PH to reach out to the smaller parties and to try to work out a common understanding on the election platform and objectives that can be shared.

There has been much discussion about forming a khemah besar or "big tent" approach to the next general election. There are many forms being discussed at this time. One issue with khemah besar is that the only thing some parties will have in common is their opposition to the BN government.

This would be a coalition without any ideology, except for the acceptance of Anwar Ibrahim as their candidate for prime minister. During the coming election campaign, BN candidates will very easily make fun of the khemah besar, which may become known as the khemah kosong, at ceramahs.

The bottom line is Malaysians are not going to vote for a coalition without any plan to improve their lives under the current economic situation, where inflation is now running rampant making food more expensive.

Some Opposition parties see PKR as an electoral liability. This is exacerbated with strained relations within the leadership, which is going to hinder the creation of any unified approach to the coming general election.

Rather than non-PH Opposition parties standing alone, effectively competing against each other, cancelling each other out, they could form their own electoral pact of coalition. Gerak Independent, Muda, PSM, and even Warisan could cooperate electorally with a non-competition agreement. This would make a lot of sense for these parties.

The non-PH parties will have to make a decision whether to stand in electorates held by PH parties. One argument made for standing against PKR is that it will give voters another choice in seats that PKR may lose.

Gerak Independent has already made the decision but the case for it is a weak one and can be reversed. PKR did set the precedent by standing a candidate against Dr Michael Jeyakumar Devaraj in Sungei Siput during the 2018 general election.

Strategists in the Opposition must plan for their parties to save themselves from a defeat that has longer term impact. If regaining the government in this general election is not a reality, they must do the next best thing. That is to put themselves into a good position to take over the government in GE16.

PKR members themselves are already saying this. The collective Opposition must think very wisely about how to tackle the coming general election.

One possible game changer in establishing a more cohesive and effective opposition is Muda. Should the party be able to successfully get the youth vote out especially in the semi urban constituencies, Muda can help lay the ground work for the Opposition's revival.

In these constituencies which can determine the outcome of as many as 70 Parliament seats, the B40 and middle-class votes are up for grabs and can be won with a youth oriented socio-economic platform that resonates with the electorate.

The party may also provide an opportunity for the younger party members in the established opposition parties to work together for the new Malaysia which is likely to take several steps backwards in the coming GE15.

* Murray Hunter is an independent researcher and former professor with the Prince of Songkla University and Universiti Malaysia Perlis.

** Lim Teck Ghee is a former senior official with the United Nations and World Bank.

*** This is the personal opinion of the writer or publication and does not necessarily represent the views of Malay Mail.