JANUARY 10 — It is alarming that PAS President Datuk Seri Abdul Hadi Awang accused the media of playing judge in the stock trading controversy implicating the Malaysian Anti-Corruption Commission Chief Tan Sri Azam Baki. Citing ‘Islam requires everyone to be respected, even those who are guilty, as it was a sin even for someone who is guilty to be disrespected’, he is again using religion to distract Malaysians from holding those in powerful positions accountable.

Firstly, as the fourth estate of democracy, the media and journalists have the fundamental responsibility to hold the State, especially government officials, accountable for their actions. This is especially so when Lathiha Kunaratnam, an investigative journalist, provided fact-based reports that raised a legitimate question in the public’s interests. 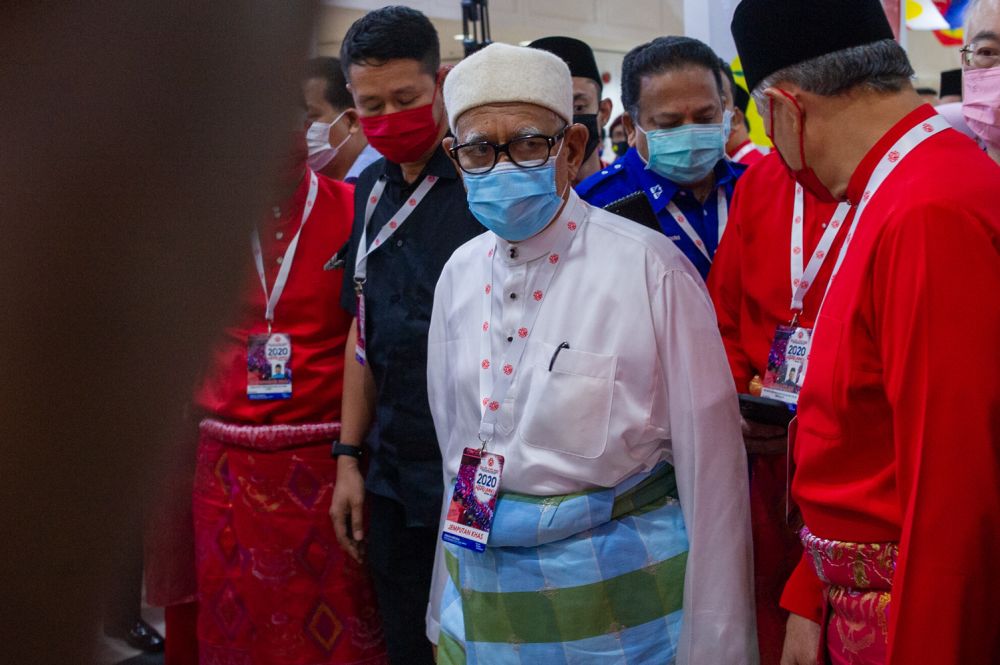 If Azam Baki thinks that Lathiha’s reports are wrong, he could have provided fact-based reasoning to counter these allegations. Instead, he provided ludicrous statements such as the shares were bought by his brother who borrowed his name and resorted to intimidating the whistleblower, when MACC should be protecting her.

Secondly, Malaysian politicians regularly appeal to race or religious divides by manipulating the media and playing up racial rhetoric, which constrains the adoption of much-needed reforms. This is not the first time politicians, especially PAS, are using religion to divert attention from important issues such as corruption.

The recent Timah controversy (an issue on a wine’s label) and Budget 2022 occurred at the same time. However, it is found that the media and public discussions are focused on the Timah controversy instead of Budget 2022. Why is it so? Discussion about Timah can only bring about the change of a product label. On the other hand, the Budget is truly about the advancement of the economy, creation of job opportunities, promoting better education and more.

It is also worth noting that the public’s discussion and anger on the three pages of Jawi in a textbook was greater than the release of corrupt politicians such as Musa Aman and the fake halal meat scandal. Why are Malaysians angrier with three pages of a textbook than politicians squandering millions or billions of Malaysian Ringgit or the rampant corruption causing Muslim individuals to unknowingly consume meat that infringes their fundamental right to practice their beliefs?

This is largely attributed to media manipulation and the use of race or religion to distract Malaysians from holding those in powerful positions accountable by politicians.  And now, Hadi Awang is again using religion to muddle public discussion, when he, as a Member of Parliament, should be acting in the public’s interests and calling for a thorough investigation of Azam Baki.

Understanding how and why politicians are using race or religion to escape accountability, we must

(1) strongly condemn Hadi Awang and other politicians who misuse race or religion to distract Malaysians from holding those in powerful positions accountable.

(2) We should then redirect the discussions to more important issues such as combating corruption and abuse of power by the powerful. We need to

A. pressure the government to investigate the allegation against Azam Baki to uphold the integrity of the MACC and the State;

B. pressure Azam Baki to withdraw the letter of demand and stop the harassment against the independent journalist;

D. pressure the government to move ahead with the establishment of the Malaysian Media Council as a transparent and independent self-regulatory body to avoid government or MACC from becoming the sole arbiter of truth; and

E. pressure the government to repeal repressive laws that restrict freedom of expression and press freedom.

With rampant corruption, there is an urgent need for more investigative journalism and stronger media scrutiny to keep those in powerful positions in check.