SEPTEMBER 15 — “Jahit sudah, kelindan putus.” So goes a Malay saying which, when translated, states that “the sewing is done, then the thread snaps.”

Is that the sorry narrative that the powers-that-be wish for the fate of gender equality in Malaysia? Its rise and then fall?

The high point was when Parliament, in a unanimous bi-partisan acclamation in September 2001, amended the Federal Constitution to outlaw discrimination on the basis of gender.

This was widely seen as restoring the dignity of our country’s womenfolk. The time had come, declared then minister Rais Yatim, for equal citizenship rights for women as given to men citizens to be embedded in our Constitution.

Somehow, a little known provision tucked in a schedule to the Constitution went unnoticed. It read that a child born outside the country to the foreign spouse of a Malaysian citizen father became a citizen by operation of law. That is, virtually automatically.

There was no parallel provision according a similar status to a child born outside the country to a Malaysian mother married to a foreigner.

What then becomes of the newly-enacted salutary Constitutional non-discriminatory gender amendment? Of course Parliament never acts in vain: no empty rhetoric. 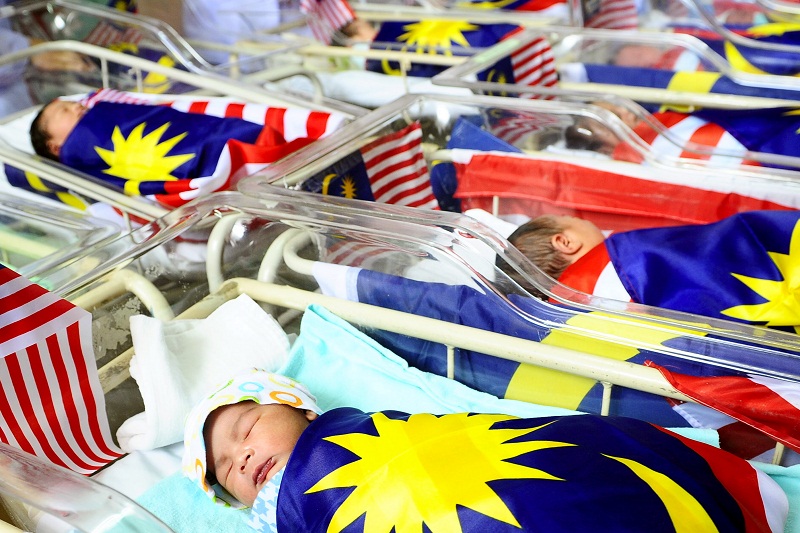 The High Court has ruled that children born overseas to Malaysian mothers with foreign spouses should be automatically conferred Malaysian citizenship. — Bernama pic

The genius of the law then resolves any such conundrums. Especially as regards a document such as the Constitution. It is always speaking. It has no timeline. It endears forever.

As declared by the Federal Court: a Constitution is a living organic document. Much like any other living organism it moves with the times; solving intractable problems that the modern age throws up. Likened to a prism which when subjected to a ray of passing light, a hue of colours emerge. Displaying a range of magnificent images.

And so the cardinal tool of Constitutional interpretation: to resolve through a harmonious and purposive interpretation the seemingly discordant provisions.

That’s exactly how Justice Akhtar Tahir resolved the conundrum in a recent High Court case brought by Malaysian mothers. And declared the right for their child to gain automatic citizenship — to equal the right given to Malaysian fathers.

Thus ridding the country of the discrimination of gender inequality, described by the UN Secretary General as “(t)he most pervasive human rights violation of all.”

In his address to the Human Rights Council’s 2021 session, he goaded for proactive action as the great imperative in this regard. So as to efface a blight fed by two of the deepest wells of injustice in our world: the legacy of centuries of colonialism; and the persistence, across the millennia, of patriarchy.

Indeed, the argument made in Court against according rights to the child harked back to the 1805 Napoleonic Code. Anchored in the most arcane of basic, patriarchal supremacy. Declaring the wife as the chattel of the man on marriage, voluntarily subsuming all her rights!

The applause for the judge’s decision was astounding and global. Drawing swift support even from present-day government ministers. Including the Women, Family and Community Development Minister. The decision, she said, “sheds new light on the aspirations of women nationally, in which the automatic granting of citizenship would be able to reflect the government’s capabilities, which are in fact to create equality for women, especially those who are called mothers.”

The Law Minister Datuk Sri Wan Junaidi lauded the decision as “illuminating.” Any discriminatory provision with that fundamental principle ought to be removed by harmonious interpretation, he stressed.

Other leading lights were equally strident in their support. Together with a welter of civic citizenry.

But even as the dust swirled amidst the expectant child clamouring to claim the long lost right to fly the Malaysian flag, the dreaded happened.

The decision has been appealed. Many asked in perplexion — is this newly-minted government bent on perpetuating such an odious discrimination? What of the discordant and supportive voices in their cabinet ranks?

So, has the proverbial thread truly and irretrievably snapped? Only time will tell. And perhaps, even heal.

* Gurdial, a former law professor, feels discrimination is a scourge to be fought on all fronts.