Elon Musk’s Starlink satellite service to cover Malaysia in 2023 but should you place a USD 99 deposit today?

MAY 15 — Starlink, the satellite broadband service operated by Elon Musk’s Space X, is now available in 32 countries worldwide. It mainly covers North America, Europe, New Zealand, and selected areas of South America and Australia. The coverage map has also included the estimated availability dates for the rest of the world with Malaysia expected to be covered in 2023.

Starlink is now available in 32 countries around the world. People ordering from areas marked “available” will have their Starlink shipped immediately → https://t.co/slZbTmHdml pic.twitter.com/CecM1pkf5D

Previously, Malaysia was expected to be covered in 2022, so it looks like they have pushed its estimated timeline by a full year. If you refer to their map, the entire Malaysia is indicated as coming soon with the text “starting in 2023”. Starlink is accepting orders from Malaysia

Even before the service is officially available, the website is already allowing customers to reserve their Starlink by placing a deposit of USD 99 (about RM435) today. It is also mentioned that the availability is subject to regulatory approval and the orders will be fulfilled on a first-come, first-served basis. 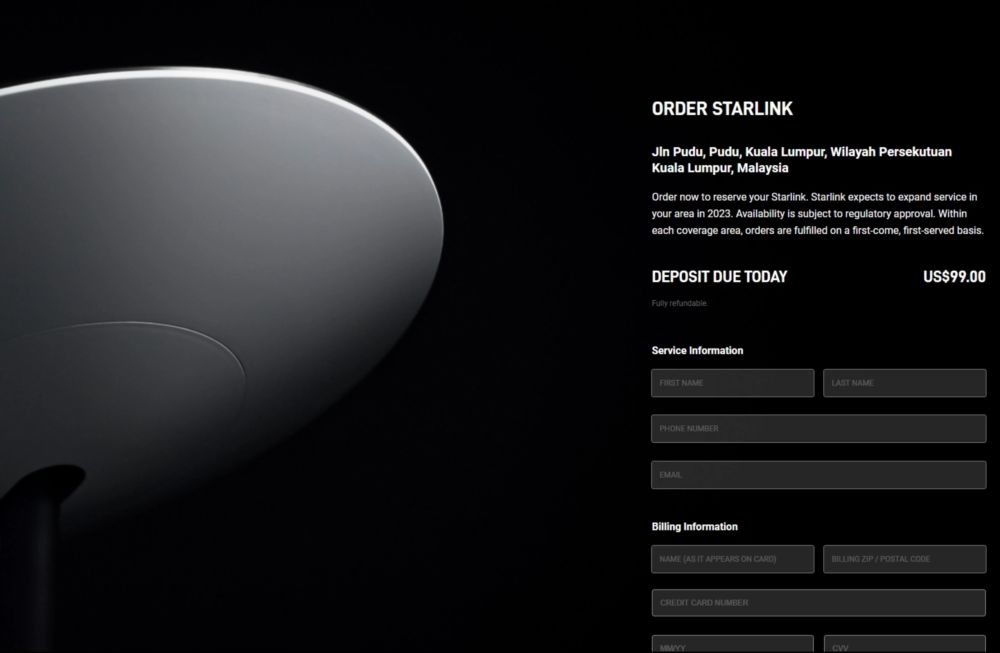 While Starlink will definitely work in areas within its satellite coverage, it will require a Network Facility or Service Provider license (NFP/NSP) from the Malaysian Communications and Multimedia Commission (MCMC) in order to provide commercial services to Malaysian users. At the time of writing, we couldn’t find Starlink or Space X listed on MCMC’s licences register. Therefore, it is best to wait until Starlink gets the necessary approvals from our local regulators.

However, don’t expect it to be cheap. Starlink has recently increased its prices with the hardware costing USD 599 (about RM2,634) and the monthly subscription fee costing USD 110 (about RM483) According to Starlink, its satellite can provide download speeds between 100 to 200Mbps with latency as low as 20ms in most locations. The low ping is made possible with Starlink’s low earth orbit (LEO) satellites which revolve at a much lower altitude compared to geostationary satellites.

As a comparison, the current ConnectMe satellite service by MEASAT which provides 100% coverage in Malaysia can provide download speeds up to 30Mbps and a high ping of 500ms. With the upcoming MEASAT-3d launch scheduled next month, the new High Throughput Satellite (HTS) will be able to deliver even faster speeds up to 100Mbps. Satellite connectivity is vital for rural and unserved places where there’s no fixed or terrestrial connectivity available. Due to its portable nature, it is also seen as a quick interim solution to provide high-speed connectivity while waiting for the expansion of fixed broadband and mobile coverage. 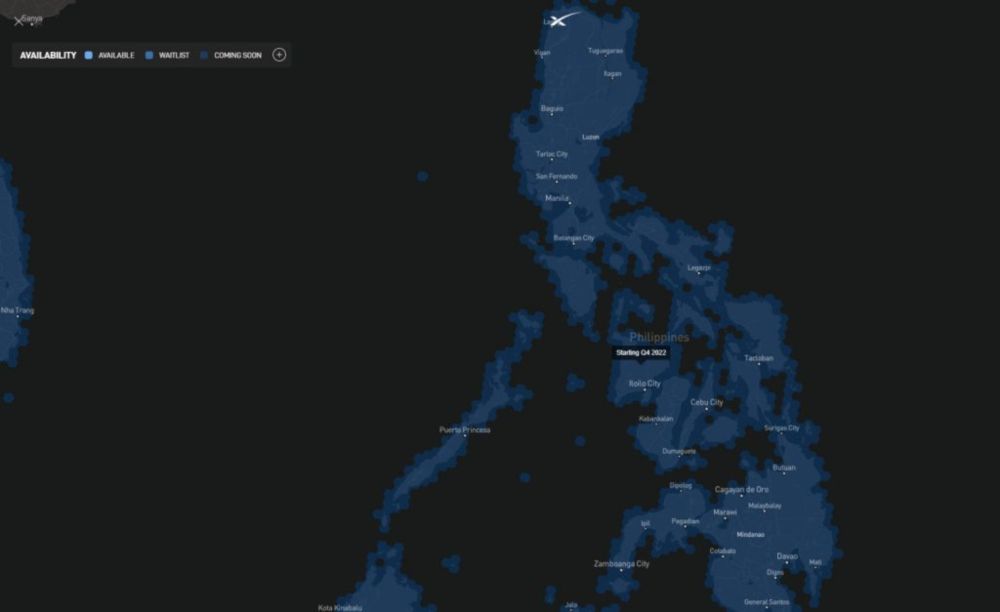 In the Southeast Asian region, the Philippines is expected to be the first country to launch the Starlink service and it is listed to be available in Q4 2022. On 31st March, the Philippines’ Trade Secretary Ramon Lopez said their business permit application is being processed while the company scouts locations for its gateways. Space X is reported to be setting up a wholly-owned subsidiary in the country and is planning to deploy three gateways in the first phase of the launch. — soyacincau