Malaysia is still struggling behind most of its neighbours when it comes to mobile speeds. — SoyaCincau pic
Follow us on Instagram, subscribe to our Telegram channel and browser alerts for the latest news you need to know.
By ALEXANDER WONG

KUALA LUMPUR, Jan 22 — Mobile and fixed broadband connectivity has become more crucial during the current pandemic as most people are now working and learning from home. Speedtest has revealed its Global Index for December 2020 which reveals some interesting trends worldwide.

Narrowing down to our Asean region, it appears that Malaysia is still struggling behind most of its neighbours when it comes to mobile speeds. However, Malaysia did fare better for fixed broadband with a top 3 position in the region. 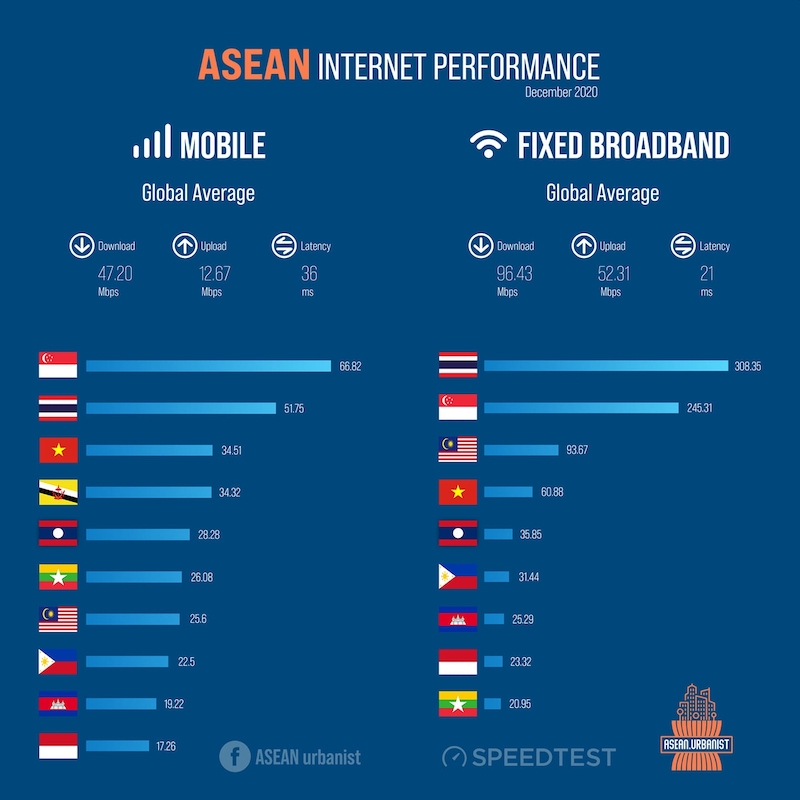 It’s worth highlighting that Thailand, Singapore, Vietnam, Laos and the Philippines have already launched commercial 5G services. Malaysia has postponed its commercial 5G deployment until late 2022, or early 2023.

When it comes to fixed broadband, Thailand is #1 in the region with download speeds of 308.35Mbps, overtaking Singapore which clocked an average speed of 245.31Mbps. Meanwhile, Malaysia takes the #3 spot at 93.67Mbps. On the global scale, both Thailand and Singapore are leaders in the fixed broadband space, beating Hong Kong which is ranked #3 with 226.80Mbps and Romania at 190.60Mbps. It is obvious that Malaysia has a lot of catching up to do. Its average 25.60Mbps speed for mobile is ranked #87 worldwide, while the average fixed broadband speed of 93.67Mbps is ranked at #44.

As illustrated in the graph below, Malaysians had experienced a significant dip in mobile speeds during the initial phase of the MCO. The trend was also reflected in OpenSignal’s report and it’s clear that several telcos were struggling to cope with the increased demand. 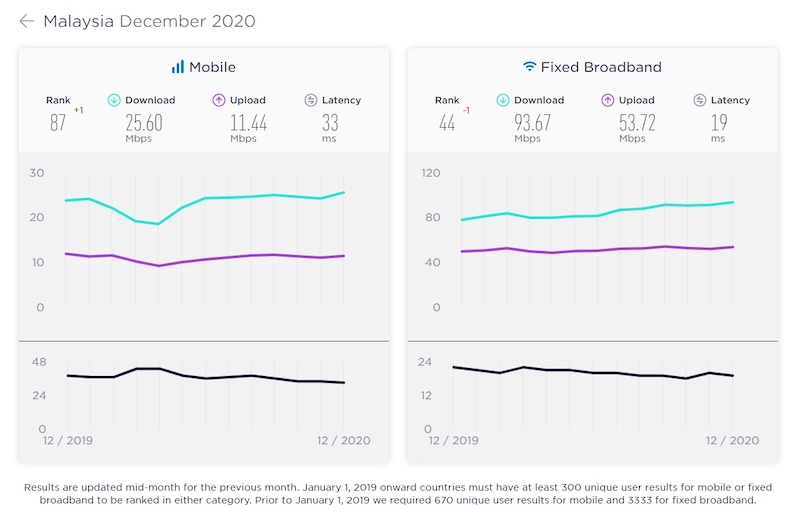 At the moment, the Malaysian government aims to improve the country’s current 4G speed and coverage with the Jendela plan. Some of its key objectives include increasing 4G coverage from 91.8 per cent to 96.9 per cent and increasing speeds from 25Mbps to 35Mbps by 2022. Apart from mobile, the plan aims to provide 7.5 million premises with access to gigabit fixed broadband access. The increased number of mobile sites as well as fiberisation is meant to serve as a strong foundation before 5G is deployed. The government also aims to shutdown 3G networks by the end of this year to free up valuable spectrum for 4G.

The MCMC has recently sent out invites for Jendela Phase 1 which will cover a total of 1,661 locations in 106 clusters throughout the country. To address connectivity issues at underserved rural communities, the projects will be funded via the Universal Service Provision (USP) fund. — SoyaCincau

Yay, more ads are (probably) coming to your iPhone

'The Sims 4': Third-party 'modders' bring abortion features to the game