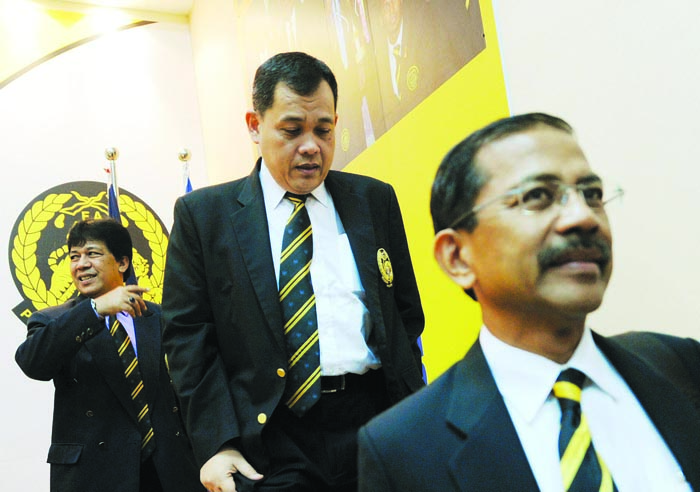 Not surprisingly, there were few questions on the fate of national coach Datuk K. Rajagobal but his assistant Tan Cheng Hoe and goalkeeper coach Faozi Mukhlas will know their fate when the technical committee meets next month.

According to an FAM official, who declined to be named, Rajagobal’s case was discussed only because it was the “hot topic at present”.

National Under-23 coach Datuk Ong Kim Swee, whose contract also ends on Dec 31, would serve as interim coach until FAM name a new man at the helm.

“Rajagobal has contributed a lot to Malaysian football. He is one of the longest serving national coaches but we need to move on,” said Subahan, who is also the national team manager.

“Ong is just a contingency plan should we not name a new coach. Whether it is going to be a foreigner or not is too early to say but I believe it would be sorted out in a couple of months, barring which Ong would take charge of the team in the final Asian Cup qualifier against Yemen in March.”

Rajagobal refused to comment on the decision, opting to wait until FAM officially informs him.

When asked about Ong’s contract extension, Hamidin would only say that “it would be discussed soon’’.

It would be interesting to see Kim Swee as interim coach in addition to overseeing the National Under-23 squad when FAM have yet to even tie him down with a contract.

FAM will be hoping that Fifa’s Transfer Matching System (TMS) would allow an extension beyond to the Dec 4 transfer window deadline for foreigners.

“We hope all teams would use their wisdom in signing players. They need to consider their financial abilities as well,” said Affandi, who is also heads the competitions committee.

“Apart from the AFC Cup regulations, we feel this increase (in foreign players)would bring balance and more quality to the league.”

In March, Rajagobal had expressed the difficulties in finding quality forwards in the M-League. He said: “Look at the league. Who are the strikers? The leading marksmen in the M-League are all imports.”