James Bond: From fantasy to reality

Monday, 29 Nov 2021 11:56 AM MYT By Alwyn Lau
Follow us on Instagram, subscribe to our Telegram channel and browser alerts for the latest news you need to know.
By Alwyn Lau

NOVEMBER 29 — Warning: There are spoilers ahead.

I know I’m old-fashioned, practically a movie dinosaur, but I’m sure I’m not the only one going "OMG" after watching the latest James Bond instalment, No Time To Die.

Having been raised on a diet of Sean Connery and Roger Moore kicking bad guys’ asses without breaking even a drop of sweat (in fact looking better and more suave after each fight), calmly using (and abusing) people along the route out of "impossible situations", and barely having an iota of emotional attachment to anyone (being pissed off only when their friends get killed by the bad guys), Daniel Craig’s Bond is just... not that fun.

Of all the Bonds, Craig’s seems to be the one who expresses pain and suffering the most. To be honest, I can’t even recall a single scene between Connery’s first Bond movie, Dr No (1962), and Moore’s last, A View To A Kill (1985), where Bond cries out in pain.

In Craig’s Bond outings, his emotional and physical suffering would make any movie-goer NOT want to be Bond, which is the exact opposite of how typical teenagers like me felt when watching Moonraker, Thunderball and so on.

Folks, we wanted to be that mean-ass English killing spy-machine who cared about authority, always had the best techie gadgets, the hottest babes and was not encumbered with burdens like, you know, human pain.

To reiterate, and just in case you’re a millennial, you should know that Mr James Bond throughout the 60s and up to the 90s was essentially a demi-god who could do whatever he wanted, independent of the laws of physics or basically any laws whatsoever.

That was fantasy. That was fun!

Yes, I get it. Hollywood today needs to tone down on "male toxicity" and what-not. Still, c’mon. 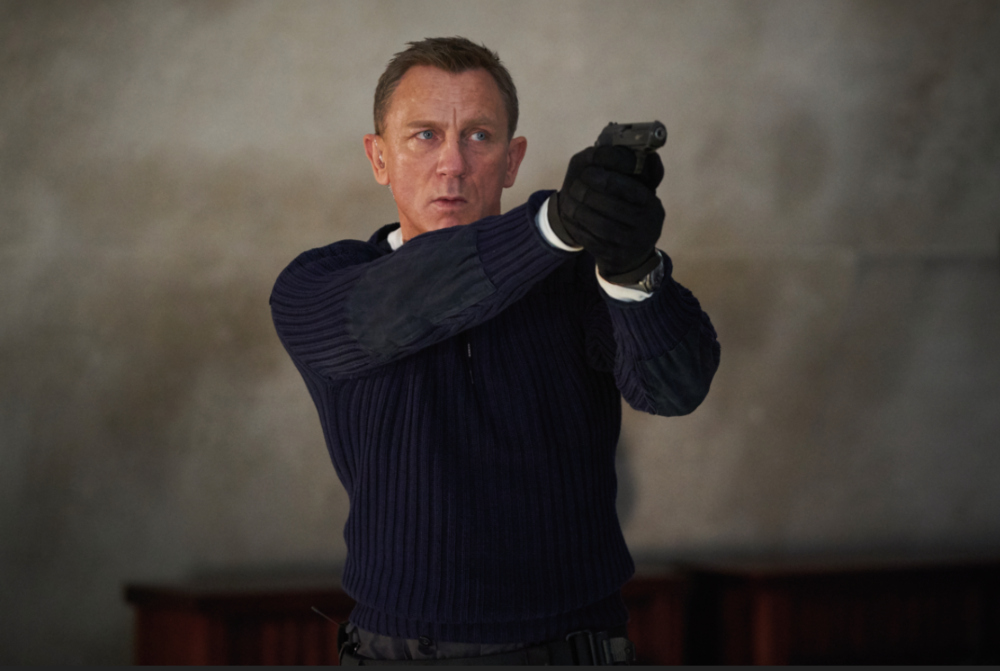 Of all the Bonds, Craig’s seems to be the one who expresses pain and suffering the most. — Picture courtesy of United International Pictures Malaysia

But don't get me wrong. I’m not saying I wasn’t entertained by No Time To Die. I mean, seeing Bond jump off a bridge holding on to a cable was amazing, as were his skills riding a motorbike about a hundred feet into the air.

Action-wise, I have no complaints.

Listening to Bond say “I miss you” and “please forgive me” within the first 15 minutes of the movie got me worried.

I get that the producers wanted to portray a more emotionally vulnerable Bond but frankly why. If the answer is, well, it’s just more aligned with reality, I have to ask why should reality be privileged when it comes to movies?

Folks, I want to escape when I go to the cinema. I have enough "reality" at work, in my family, reading the news. What’s so bad about a guy who can never be hurt, never die and always gets the job done?

(A small note that there was a scene which nostalgically transported me back to the earlier Bond days. This was when Bond and Paloma — played by Ana de Armas) had time to share a drink DURING a machine gun battle! Now that’s what I’m talking about!)

I watched the movie last week and I’m still rubbing my eyes in disbelief. What just happened?

I enjoyed the many decades of fantasy. Why did reality have to intrude?

* This is the  personal opinion of the columnist.