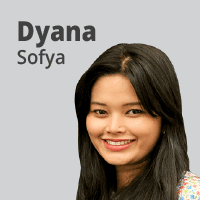 MARCH 9 ― On March 4, 2016 we saw national leaders from both sides of the political divide, civil society and other influential figures sign the Citizens’ Declaration.

Perhaps Tun Dr Mahathir Mohamad put it best when he said it was a meeting of “strange bedfellows.” Be that as it may, it was certainly a historic occasion for our country. Never have we witnessed political arch-nemeses, such as those who were present, coming together for a common political cause.

As I watched the events unfold “live” on my laptop screen, I had mixed feelings of amazement, trepidation and excitement. After all, those who had been jailed, exiled and prosecuted were now sitting together with the man who had caused them all the hardship.

But they did, not because they had suddenly forgotten and forgiven the man for his sins, but because they believed in the greater cause of saving Malaysia and her people.

Not everyone reacted the same way, of course. Some of my comrades, colleagues and friends felt betrayed and disappointed. I don’t blame them.

Some have labelled this pact as akin to an “unholy alliance”, or making a deal with the devil, so to speak. Funnily enough, I am also sure the same question is being asked by supporters of the other side ― the “devil” in this case being a variable.

This occasion reminds me of the coming together of the Big Three at the Yalta Conference of 1945. In the final days of World War II, President Franklin D. Roosevelt of the United States, Prime Minister Winston Churchill of the United Kingdom and Joseph Stalin, supreme dictator of the Soviet Union, arguably a group of stranger bedfellows, had come together to plan, design and decide on the final strategy against Germany and Japan.

Although their personal philosophies and national ideologies were completely different, their common wartime objective led to an unlikely partnership that ushered in the end of the war.

In comparison, what we saw last Friday in Malaysia was small potatoes. In truth, we have seen many unlikely partnerships in Malaysian politics. In 1990, DAP worked together with Umno rebel Tengku Razaleigh Hamzah, while in 1999 DAP joined hands with Datuk Seri Anwar Ibrahim.

Both had been Umno stalwarts but found common ground with the opposition following their fall from the ruling Malay party. If Malaysian politics has taught us one thing, it is that there is no shortage of political surprises. Whatever it is, we should keep the bigger picture in mind.

The Citizens’ Declaration proves that unity beyond partisan divide fuelled by common interest is possible. This is something leaders from the ruling regime fail to fathom.

Minister of Communication and Multimedia Datuk Seri Salleh Keruak even said that a declaration backed by 58 individuals does not reflect or represent 30 million Malaysians. According to that logic, he should able to understand that a government who lost the popular vote in the 13th general election does not represent the voters’ interests as well.

The next question asked by ordinary Malaysians is whether signing declarations would work. We should never underestimate the power of massive public pressure. Mounting public disapproval has caused many policy reversals and resignations in the world.

President Nixon was the first president of the United States in history to resign due to pressures from the public and leaders of his party over the Watergate scandal. General Saw Maung of Burma suffered from public nervous breakdowns and even believed himself to be the reincarnation of 11th-century warrior King Kyansittha during a golf tournament in Rangoon. His intense breakdown resulted from intense global and national public pressure after losing the 1990 elections to the National League for Democracy led by Aung San Suu Kyi, undermining his authority as the prime minister.

In 2013, Turkish ministers resigned from their Cabinet positions after growing public pressure following graft investigations. Datuk Onn Jaafar, Tunku Abdul Rahman, and Tun Abdullah Ahmad Badawi all resigned from office due to public pressure. At least these Malaysian gentlemen knew when they were no longer popular, unlike certain leaders we have today.

However, for public pressure to work, we need more than just endorsements from our leaders. We need participation from ordinary Malaysians. The more people take part in this, the greater the political influence it will generate.

The Save Malaysia cause is beyond the opposition’s political agenda. However, Malaysia cannot be saved without the people’s support. I would therefore like to end by quoting the prophetic toast made by the Soviet dictator Stalin at the Yalta Conference:

“It is not so difficult to keep unity in time of war since there is a joint aim to defeat the common enemy, which is clear to everyone. The difficult task will come after the war when diverse interests will tend to divide the Allies. It is our duty to see that our relations in peacetime are as strong as they have been in war.”