Voters are seen queuing up to enter the SMK Sri Muar polling station in Muar, Johor March 12, 2022. ― Pictures by Hari Anggara
Follow us on Instagram, subscribe to our Telegram channel and browser alerts for the latest news you need to know.

JOHOR BARU, March 12 ― Johor goes to the polls today for its 15th state election to enable its people to exercise  their rights to elect a new state government.

This election will also witness those aged 18 to 20, who are automatically registered with the implementation of Undi18, going to the polls as first time voters.

A total of 173,177 youths aged between 18 and 20 are eligible to vote in this Johor state election, making them the first in this age group to go to vote in elections in Malaysia.

There will be 1,021 polling stations, which will open their doors at 8 am today to allow the 2,539,606 ordinary voters, out of the total 2,597,742 registered voters in the state, to fulfil their responsibilities.

A total of 36,729 postal ballot papers had been issued by the Election Commission (EC), while about 87 per cent of the total voters, or 18,625 individuals, comprising policemen, soldiers and their spouses exercised their right as early voters last Tuesday (March 8).

The remaining polling centres will close at 6pm.

A total of 239 candidates from 15 political parties are contesting for 56 seats in this state election. 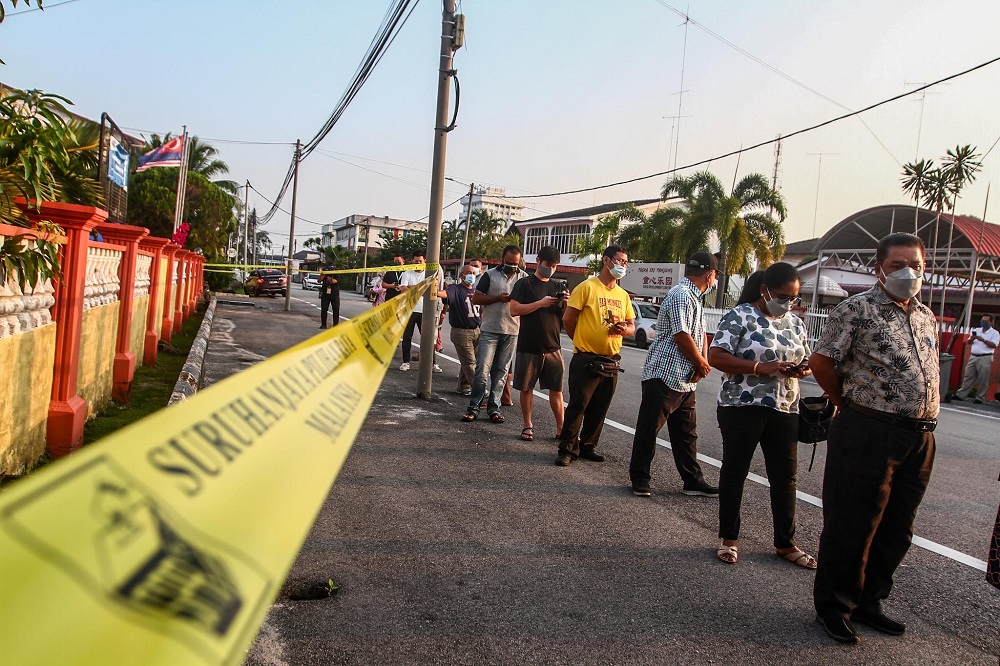 The EC has reminded all voters to comply with the standard operating procedures (SOP), which include wearing the face mask, using hand sanitiser, recording their attendance, and observing physical distancing.

The Election Commission has reminded all Johor voters to comply with the standard operating procedures (SOP), which include wearing the face mask, using hand sanitiser, recording their attendance, and observing physical distancing.

Voters with Covid-19 symptoms would be allowed to cast their votes at a special tent monitored by health officials, while those categorised as Patient Under Investigation (PUI) and Person Under Surveillance (PUS) must obtain prior permission from the district health officer to go the polling centre.

According to the Malaysian Meteorological Department (MetMalaysia), the weather this  morning is forecast to be clear, while thunderstorms is expected in the afternoon in seven districts namely Johor Bahru, Tangkak, Segamat, Muar, Batu Pahat, Pontian and Kulai.

The temperature throughout the day will hover between 23 and 33 degrees Celsius. ― Bernama