Wong Kueng Hui, who is now 27, had waited for the past 15 years to be recognised as a Malaysian citizen.
Follow us on Instagram, subscribe to our Telegram channel and browser alerts for the latest news you need to know.
By IDA LIM

KUALA LUMPUR, Jan 19 — In a majority decision today, the Court of Appeal ruled that a stateless man born in Sabah to a Malaysian father and a mother of uncertain nationality is entitled to Malaysian citizenship.

Wong Kueng Hui, who is now 27, had waited for the past 15 years to be recognised as a Malaysian citizen.

Court of Appeal judge Datuk Che Mohd Ruzima Ghazali today delivered the majority decision in Wong’s favour, saying that the High Court was correct in deciding in 2019 that Wong is entitled under the law to be a Malaysian.

The National Registration Department director-general, home minister and Malaysian government had in 2019 filed an appeal against the High Court decision in Wong’s favour.

Che Mohd Ruzima today examined the two arguments given by the Malaysian government in its appeal, including an “ouster clause” in the Federal Constitution’s Second Schedule’s Part III Section 2 that provides that government decisions in citizenship matters cannot be appealed or challenged in court.

Noting that the ouster clause operates unless there is procedural impropriety, the judge said that errors by the government can be challenged through judicial review.

“It is clear when there are errors in law by the authorities, that can be challenged through judicial reviews. And with that, we find the first ground does not have merits to be given consideration,” the judge said when delivering the majority decision online this morning through the video-conferencing app Zoom.

The government had also previously argued that Wong had failed to prove he is not a citizen from his mother’s country and that he would therefore not be qualified to be a Malaysian citizen.

“After examining the records of appeal, we find there was no error in the decision made by the High Court judge. The undisputed evidence shows Wong was born in Hospital Keningau, as the result of a marriage between the biological father who is a Malaysian and a mother whose citizenship status is not known,” he said.

While acknowledging that an illegitimate child would follow the mother’s citizenship status, the judge agreed that Wong was indeed stateless — or not a citizen of any country — and had thus fulfilled Malaysia’s constitutional provisions to be recognised as a Malaysian.

Article 14(1)(b) states that those who are born after Malaysia was formed and who fulfil any of the conditions in Part II of the Second Schedule are citizens by operation of law or entitled under the law to be Malaysians, while Section 1(e) is one of these conditions.

Section 1(e) provides that every person born within Malaysia and who is not born a citizen of any country are Malaysian citizens by operation of law.

The judge then delivered the majority decision to dismiss the appeal by the NRD director-general, the home minister and the Malaysian government, and gave no order as to costs.

The majority decision that was read by Che Mohd Ruzima was agreed to by Court of Appeal judge Datuk Gunalan Muniandy.

A general view of the Federal Court in Putrajaya December 14, 2020. — Picture by Yusof Mat Isa

Azizah said the facts showed that Wong’s biological mother died when he was 17, stating: “This is not a case where the respondent (Wong) has no knowledge of the birth mother at all.”

Noting that Wong had in fact made enquiries with the Indonesian embassy in Malaysia, Azizah said: “So the respondent knew the mother was from Indonesia.”

“As such, it cannot be said that it is proven that the respondent (Wong) is stateless. I will therefore allow the appeal with no order as to costs,” she said in briefly giving her dissenting views.

Wong himself had attended the Zoom session this morning when the majority and minority decisions were delivered.

When asked by Malay Mail for comments from him and his client, Haijan said: “Well, he’s overjoyed with tears. We have won two tiers of court so we sincerely hope that the government is not going to appeal further to Federal Court.” 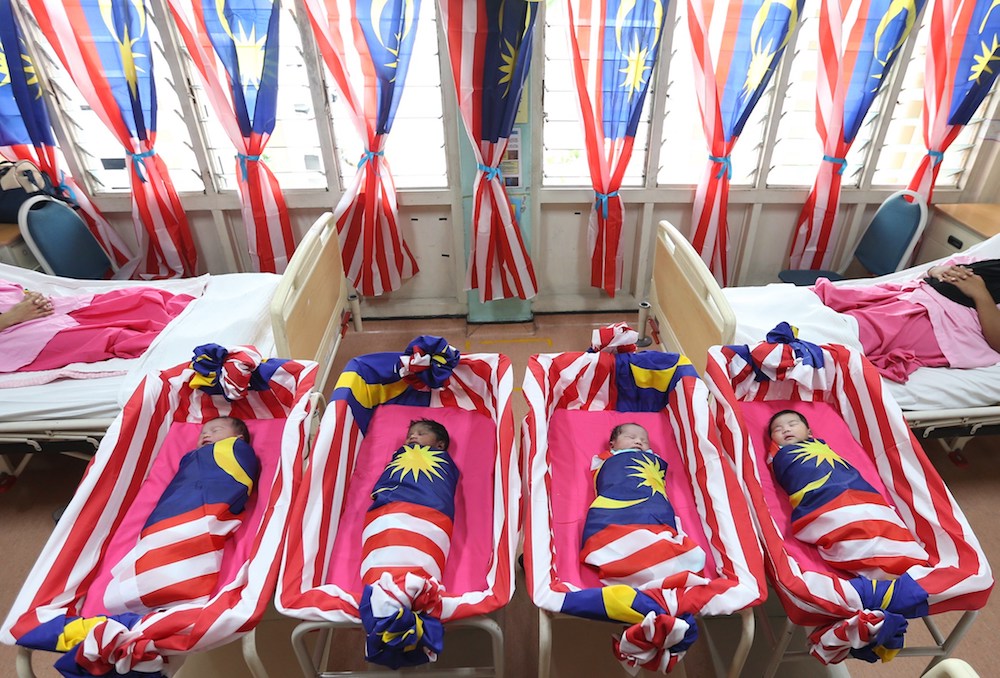 For Wong, it has been a long road to have Malaysia recognise him as a citizen, with the government having twice rejected his citizenship applications under the Federal Constitution’s Article 15A since he was a teenager.

(Article 15A states that the Malaysian government may register anyone under the age of 21 as a Malaysian citizen under such special circumstances as it thinks fit.)

Wong then applied for the second time through his stepbrother on June 27, 2014 when he was 19.

Wong had previously told the court that he had made frequent checks with the National Registration Department (NRD) in Sabah about his 2014 application’s status but was eventually forced to shift to Kuala Lumpur in December 2017 after being told that it was being handled by the Putrajaya headquarters, and had made frequent checks in December 2017.

It was only on March 21, 2019 when Wong contacted the Home Ministry again that he was told to collect a letter, and he had on the next day then collected a letter dated February 15, 2018 informing him that his second Article 15A application had been rejected but without any reasons stated for the rejection.

Wong said both he and his stepbrother were never notified of the decision before that and that he had by then turned 24 — which is past the age limit of 21 years old for Article 15A citizenship applications.

The Indonesian embassy on June 20, 2019 confirmed that it had not found any records of both Wong and his mother in its passport database, following a request from Wong on June 17, 2019.

Wong then filed a lawsuit through a judicial review on June 20, 2019 to seek several court orders, including to be recognised as a Malaysian citizen. 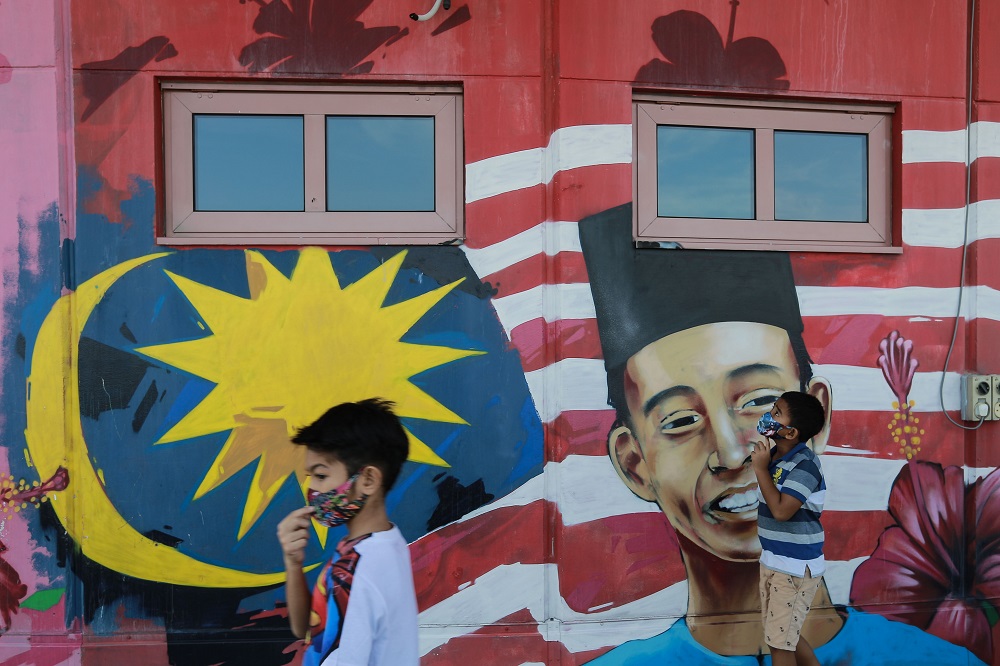 Children walk past a mural in Kuala Lumpur July 21, 2020. ― Picture by Ahmad Zamzahuri

The High Court had on October 21, 2019 recognised that the Malaysia-born Wong is a stateless person if he does not have Malaysian citizenship, and granted four orders in his favour including recognising him as a Malaysian under the Section 1(e) provision and quashing the 2018 rejection of Wong’s citizenship application.

The High Court judge Datuk Nordin Hassan had also ordered the NRD director-general to issue a MyKad identification card or a citizenship certificate to Wong to recognise him as a Malaysian citizen.

Following the Court of Appeal’s majority decision today in Wong’s favour, the High Court’s decision which included the issuing of the identity card was upheld and should take effect, unless the government files another appeal at the Federal Court.

During the October 2021 online hearing at the Court of Appeal which Wong had also personally attended, the government had argued that Wong should take on his non-Malaysian mother’s nationality instead of his Malaysian father’s nationality, due to his alleged illegitimate birth due to the absence of government records of the parents’ marriage.

Haijan had stressed that his client is a stateless person with no citizenship in any country and with only Malaysia — where he has lived all his life since birth — to call home, and had suggested it would be unreasonable to expect Wong to ask all the embassies about his late mother when he only has his own birth certificate and no other documents with information on the mother’s identity.