Lembah Pantai MP Fahmi Fadzil speaks to reporters outside the Dang Wangi district police headquarters in Kuala Lumpur January 7, 2022. — Picture by Hari Anggara
Follow us on Instagram, subscribe to our Telegram channel and browser alerts for the latest news you need to know.

Ahmad Fahmi, speaking to reporters after making the report, said they urged police to conduct a thorough investigation under Section 25 of the Securities Industry (Central Depositories) Act 1991 (SICDA) and Public Service Circular No. 3, 2002. Fahmi said Azam should also be temporarily relieved of his post until the investigation was completed.

“If the investigation proves that he did not commit any wrongdoing, he can continue serving,” he added.

Fahmi also wanted investigations to be conducted by a third party or an independent body like Parliament or Royal Commission of Inquiry.

Meanwhile, Akmal Nasrullah said police should also investigate the source of funds used by Azam’s brother for the share purchase.

Earlier, reports had gone viral on social media alleging that Azam owned a substantial amount of shares in several companies. 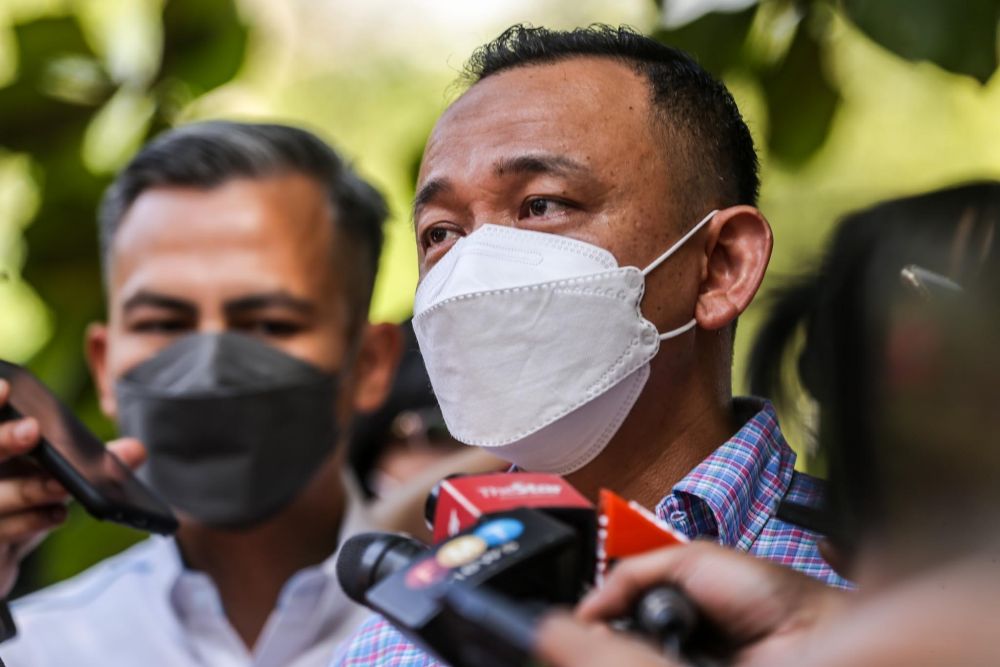 Azam, in a press conference on Wednesday, said he had explained to the Anti-Corruption Advisory Board (LPPR) that his share account had been used by his brother to buy shares in the open market with the latter’s own financing.

The Securities Commission (SC), in a statement yesterday, said it would seek clarification from Azam and also gather evidence on the use of his share trading account by his brother Nasir to buy shares in 2015.

According to the statement, Section 25 of SICDA stipulates that every securities account opened with the central depositories must use the name of the beneficial owner or the authorised nominee of the securities. — Bernama