With the flood emergency an ever-present thought, home is where the heart is for Malaysians this Christmas

People pose for pictures with Christmas decorations at the Mid Valley Megamall in Kuala Lumpur December 23, 2021. — Picture by Shafwan Zaidon
Follow us on Instagram, subscribe to our Telegram channel and browser alerts for the latest news you need to know.
By SHAHRIN AIZAT NOORSHAHRIZAM

KUALA LUMPUR, Dec 25 — This year’s Christmas celebrations have a bittersweet tinge for Klang Valley residents ever mindful of the fact that much of the country continues to grapple with the aftermath of last weekend’s unprecedented floods as well as the ongoing pandemic.

Malay Mail took a stroll around two popular malls in Kuala Lumpur to observe the Christmas eve crowds that had gathered to soak up the festive revelry, though it soon became apparent that recent events were still fresh in everyone’s mind.

A time for giving

At Pavilion Kuala Lumpur, we stopped to chat with 40-year-old Nalini Rajaendran who was taking pictures with friends against a Christmas tree. 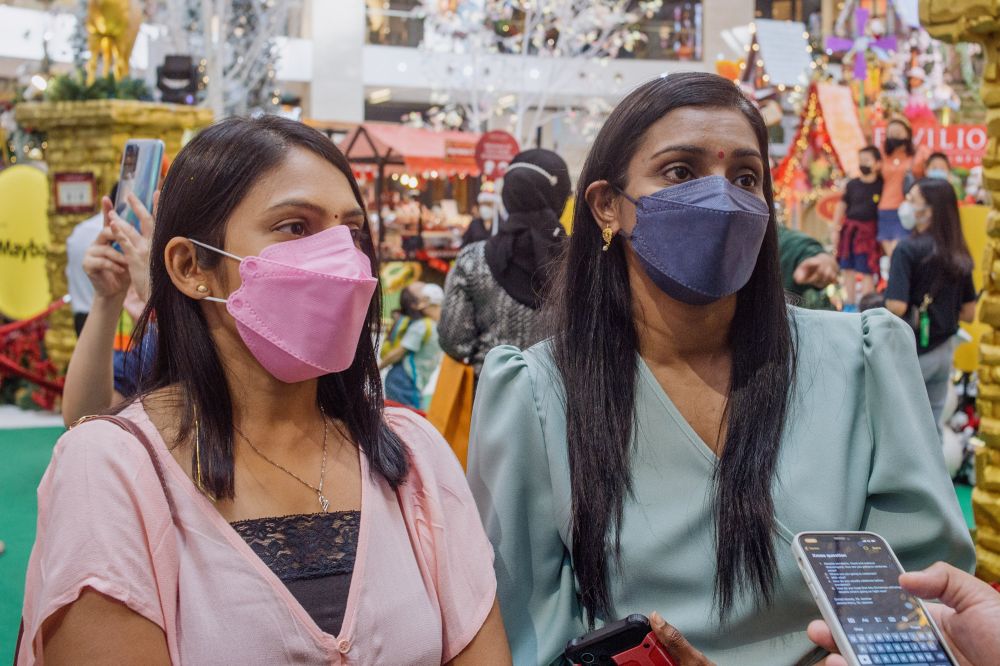 Nalini, who had travelled from Johor Baru to celebrate Christmas with her aunt here, revealed that she had packed preloved clothes that she planned to donate to flood survivors.

“Right now, I am having a small reunion with friends. But later, I will head to my aunt’s place for a small family gathering.

“I also brought along clothes from Johor Baru to donate to those affected by the flood here, because I think, as a Malaysian, I feel it is our responsibility to help each other,” she told Malay Mail.

Meanwhile, 25-year-old Amirah Rosman told Malay Mail that she was at the mall to clear her mind after spending the last three days scrubbing muddy floors and rearranging furniture at her sister’s flood-hit home in Klang.

Amirah said that she was going to watch a superhero movie with friends and would also be attending a small get-together tomorrow for Christmas.

“I am here to watch Spider-Man: No Way Home after helping to clean my sister’s place in Klang that was affected by the flood.

“It has been a hard, few days, but thankfully, not much was lost or broken. I am glad that the worst is over for us. I hope that the rest of the country will be able to get back on their feet again soon,” she said. 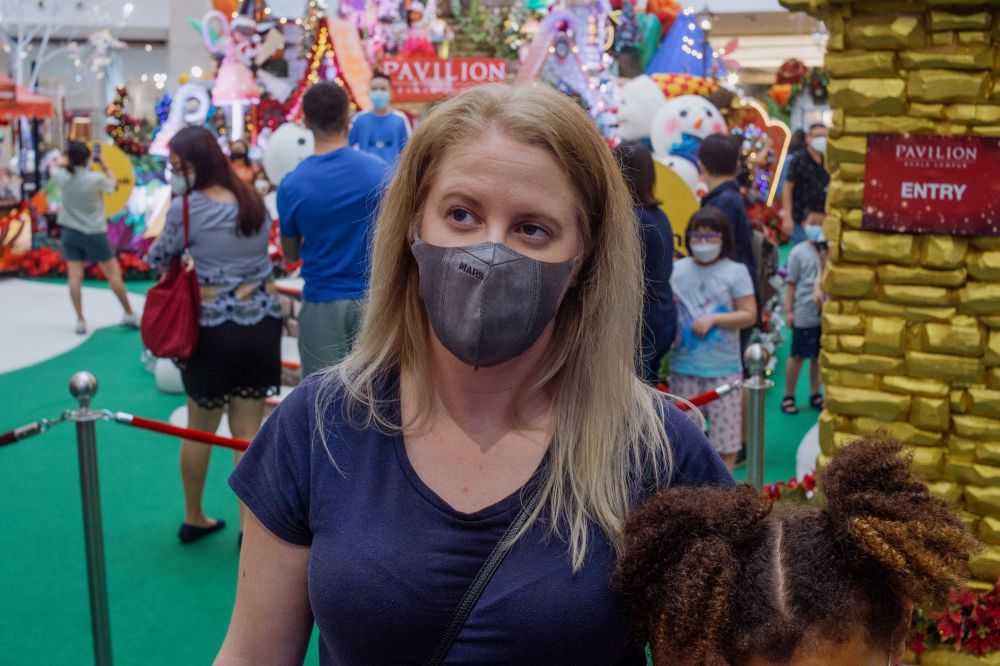 As for international school teacher Jenna Perry, this is the third year that the pandemic has put a halt to her plans to spend Christmas in her home country of the United Kingdom.

Instead, she said that she would be throwing a mini pyjama party yesterday, during which Christmas presents would be exchanged.

“We baked cookies on Thursday and we are going to have dinner at my place with another family joining us. It is going to be small but it is still going to be fun anyway,” she said.

After that, Malay Mail headed to Mid Valley Megamall where we encountered a family clad in festive red and white, topped off with jolly Santa hats, who were taking pictures while seated on one of the shopping centre’s many Christmas-themed benches. 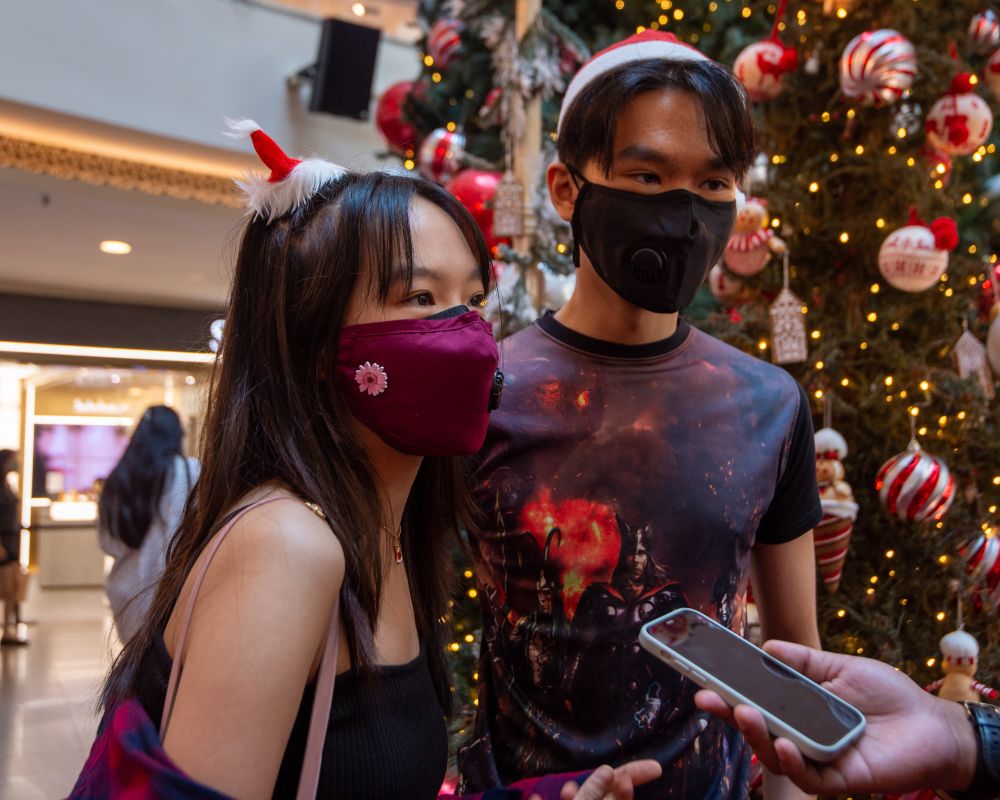 Nineteen-year-old student Ong Zhi Wen told Malay Mail that they were also going to have an intimate family gathering at home over the holiday weekend, instead of spending it with extended family.

He also expressed hope that the new year will be the light at the end of the tunnel.

“It is not wrong for us to dream that a miracle will happen and wish that all the recent misfortunes will be gone. I think that most people would like to see something like that happen.

“Because I think the country is in dire shape and it longs for hope or some sort of light to guide us away from the darkness that we have been in for so long,” he said. 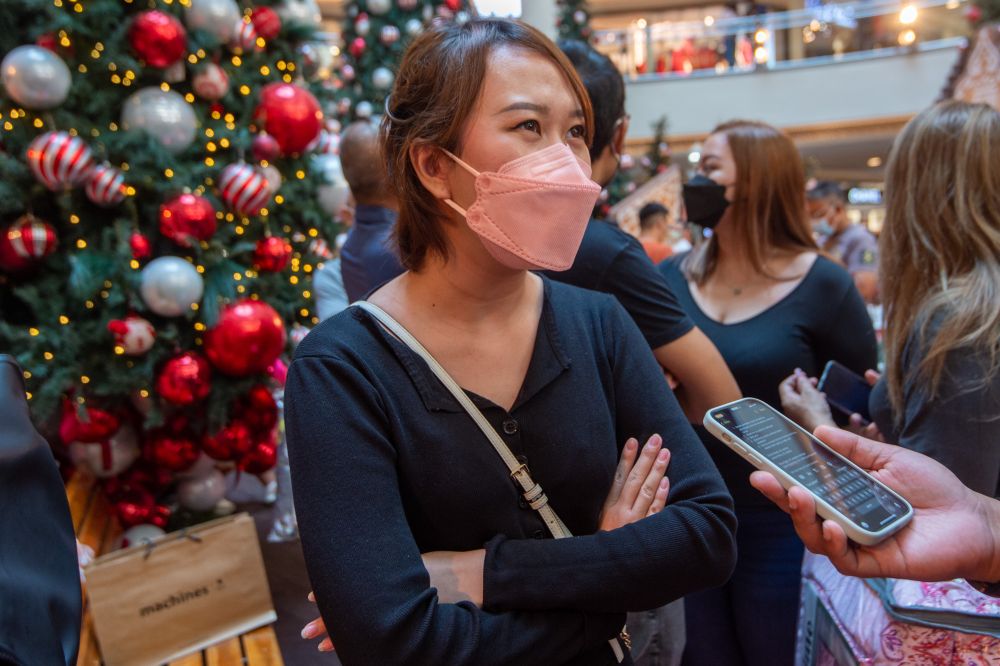 For 23-year-old Nina Vyvienne, she said that she missed returning to Sarawak where Christmas was a much merrier affair, but added she is less homesick this year because her family is in town.

She added that family is the most significant part of Christmas, especially during these trying times.

“I think family is the most important thing for Christmas and I treasure them with all my heart, seeing what has been going on, not only over the past week, but also the past couple of years.

“It does not matter where we are, but as long as I am with my family, that is home for me,” she said.

Over the past two years, Malaysia has been left feeling a little battered and bruised, first by the Covid-19 pandemic, followed by various political upheavals, and then, most recently, by widespread floods in eight states.

The disaster has claimed 41 lives, with eight people unaccounted for, as of yesterday.