Tesla's Musk says he 'can no longer support' Democrats, 'will vote Republican'

Zahid to know in Jan 2022 whether he needs to defend himself in corruption, money laundering trial

Datuk Seri Ahmad Zahid Hamidi is pictured at the Kuala Lumpur High Court December 6, 2021. — Picture by Hari Anggara
Follow us on Instagram, subscribe to our Telegram channel and browser alerts for the latest news you need to know.

KUALA LUMPUR, Dec 6 — The High Court will deliver its decision next month on whether or not Datuk Seri Ahmad Zahid Hamidi will have to enter his defence in a trial involving 47 criminal charges against him.

Trial judge Datuk Collin Lawrence Sequerah fixed the decision date of January 24, after hearing the final submissions from both Ahmad Zahid’s lawyers and the prosecution today.

“Because the new year is coming and dates will be taken up, out of abundance of caution, can we just block dates, if the defence is called, can we block some dates,” the judge said when requesting both the prosecution and Ahmad Zahid’s lawyers to set aside some common dates for the trial to be heard.

Judges and lawyers typically handle multiple court cases, and common dates where other cases are not being heard would usually have to be reserved or scheduled in advance to avoid having to wait for free court dates. Such pre-scheduling of dates have also been done in other court cases.

After consulting the schedule of both the prosecution and Ahmad Zahid’s lawyers and the court’s own schedule, the High Court today then fixed 18 additional tentative hearing dates next year on March 28 to 31, April 11 to 13, April 26 to 28, May 23 to 26, June 27 to June 30.

How a criminal trial works

One of the possible scenarios is where the court decides that the prosecution has not shown a prima facie case, which would mean the accused would walk free from the charges.

If the court decides that the prosecution has shown a prima facie case that would require the accused to choose whether to put up a defence, the accused can testify and call in defence witnesses, before the court decides if the accused is guilty or not guilty of the charges. It is only if a person is found guilty that the court would then proceed to deliver sentencing such as the fine amount or jail term, depending on the type of offences committed and the facts of the case.

Another possible scenario in trials generally is that the court could decide that the accused person has to enter defence on only some of the charges, while acquitting the accused of the other charges.

In this trial, Ahmad Zahid ― who is a former home minister and currently the Umno president ― faces 47 charges, namely 12 counts of criminal breach of trust in relation to charitable foundation Yayasan Akalbudi’s funds, 27 counts of money laundering, and eight counts of bribery charges.

The trial against Ahmad Zahid started on November 18, 2019, with the prosecution having called in 99 prosecution witnesses to testify against the former deputy prime minister over more than 50 days of trial.

On March 19 this year, the prosecution rested its case after all 99 witnesses had testified.

The High Court had then moved on to hearing the submissions or arguments presented by both the prosecution and Ahmad Zahid’s lawyers, before it delivers the decision on January 24 next year on whether Ahmad Zahid has to enter his defence.

Initially scheduled to be heard over five days, the High Court had ultimately heard the submissions from both sides for 24 days starting from September 6 until today. 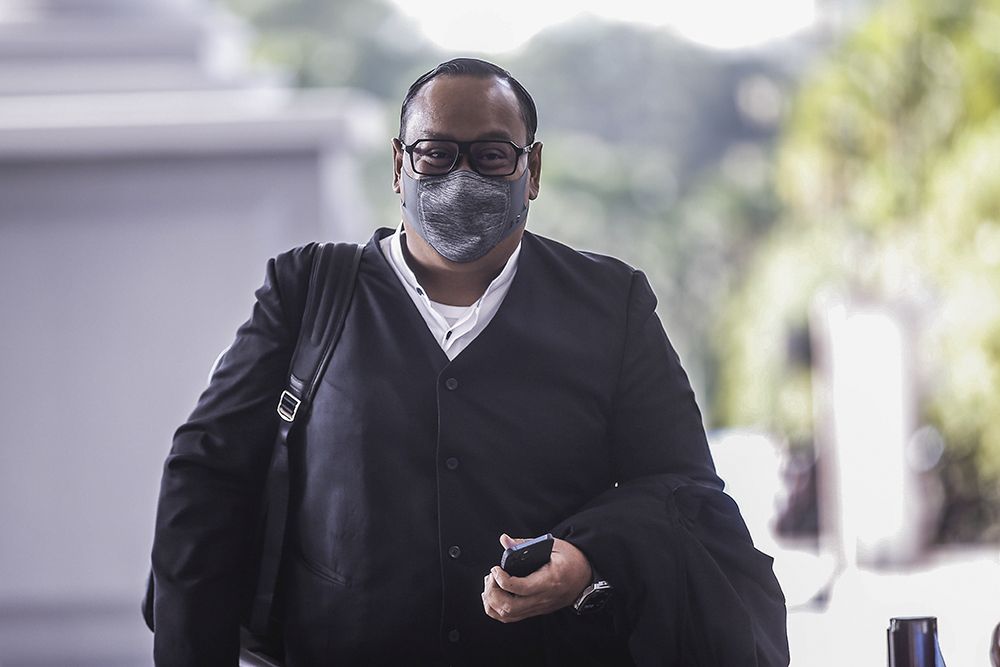 Among other things, Ahmad Zahid’s lawyer Hisyam Teh Poh Teik today continued to present arguments to insist that his client should have immunity from being prosecuted for 46 of the 47 charges, due to his statements to the Malaysian Anti-Corruption Commission (MACC) having been recorded under a particular legal provision.

In arguing why Ahmad Zahid has to defend himself against the 27 money-laundering charges, deputy public prosecutor Harris Ong Mohd Jeffery Ong meanwhile urged the High Court today to look at the whole picture of the evidence produced in court on how money was moved around and instructions given as well as how this was all allegedly to the benefit of Ahmad Zahid.

Gan argued that Ahmad Zahid’s case is different from that of former minister Datuk Seri Tengku Adnan Tengku Mansor’s RM2 million bribery case where the businessmen who gave a RM2 million cheque had told the court it was a political donation to Umno and there was a receipt to indicate the donation, pointing out that no such donation receipts were produced by the businessmen who testified in Ahmad Zahid’s trial.

Noting that the giver of money in most corruption cases involving politicians would “rarely say they gave bribe” but will instead claim the money to be given for political donation or charity, Gan argued that the court should not take such claims and denial of bribery at face value when the documentary evidence in the form of cheques and bank account statements showed otherwise.

For the three businessmen Junaith Asharab, Chew and Azlan Shah, the cheques they gave to Ahmad Zahid were made payable to the law firm Lewis & Co and bank account statements showed the cheques were banked into the law firm, with Gan stating: “Lewis & Co is a legal firm, not a political or charitable organisation, no receipts for any political or charitable organisation was issued to Junaith Asharab, Chew and Azlan Shah.”

In arguing why Ahmad Zahid should have to defend himself against the criminal breach of trust charges, lead prosecutor Datuk Raja Rozela Raja Toran argued that the former minister still had control and access to charitable foundation Yayasan Akalbudi’s chequebooks that were kept with his then executive secretary Major Mazlina Mazlan @ Ramly.

Responding to defence lawyer Hamidi Mohd Noh’s insistence previously that Mazlina is to blame as she allegedly had “dominion” or control over Yayasan Akalbudi’s property as she kept the chequebooks in her office desk’s drawer, Raja Rozela pointed out that the criminal breach of trust charges would require an offender to be both entrusted and having dominion with the entrusted funds, instead of merely having dominion.

“It is obvious from the evidence, there is none to suggest Major Mazlina was entrusted by Akalbudi to hold on to the chequebook. She, being the secretary — as was the previous secretary which she took over from — she kept the chequebook because she was assigned by the accused to handle his personal financial affairs or personal affairs.

“So therefore there is really no basis to suggest that Major Mazlina had kept the chequebooks or had hidden them from the accused in order to cause the accused to have no access whatsoever to those chequebooks,” she said, pointing out that there were two occasions where Ahmad Zahid had asked Mazlina to bring Yayasan Akalbudi cheques to be issued out to two recipients.

“These two examples is sufficient to show that the accused was never at any time deprived of any access to the chequebooks. Again, he is the boss, he can easily call up his secretary to prepare the cheque,” she said, adding that Mazlina had also previously testified that the use of the Yayasan Akalbudi cheques were known by Ahmad Zahid.

“The buck stops there My Lord, because even if the chequebooks were kept in her drawer, the usage of the Akalbudi cheques was with the knowledge and consent of the accused person,” she said.

Ahmad Zahid is a trustee of Yayasan Akalbudi and was also made the sole authorised person who could sign the foundation’s cheques. The foundation is registered with the Companies Commission of Malaysia, and is aimed at eradicating poverty and enhancing the welfare of the poor.

Altantuya lodged police report stating to look for Razak Baginda if something happened to her, witness tells court