Former Penang Chief Minister Lim Guan Eng and his wife Betty Chew Gek Cheng arrive at the Kuala Lumpur High Court July 15, 2021. — Picture by Yusof Mat Isa
Follow us on Instagram, subscribe to our Telegram channel and browser alerts for the latest news you need to know.
By KENNETH TEE

KUALA LUMPUR, July 15 — Consortium Zenith-Beijing Urban Construction Group (CZBUCG) was chosen to lead the RM6.3 billion Penang undersea tunnel and roads project after it outscored seven other companies through an open tender process, several months after it had “lobbied” the Penang state government in 2011, the Sessions Court heard today.

Datuk Lim Hock Seng, who is now the section head of the Penang State Economic Planning Unit (Transportation), said a total of 60 companies took part in the Pre-Qualification (Pre-Q) briefing after the state government had advertised the intended exercise through its official website and the mass media for a major road and tunnel project which took place between November and December 2011.

Pre-Q is an information gathering and assessment process that determines a contractor’s capability, capacity, resources, management processes, and performance.

This took place after a state executive council meeting was held on October 14, 2011 in which the state government had agreed to invite companies to participate in a Pre-Q exercise on the proposed development project.

Hock Seng, the third prosecution witness in Lim Guan Eng’s corruption trial, added that only eight out of 60 companies which attended the Pre-Q exercise passed their assessment and subsequently qualified for participation in a Request for Proposal (RFP) exercise. 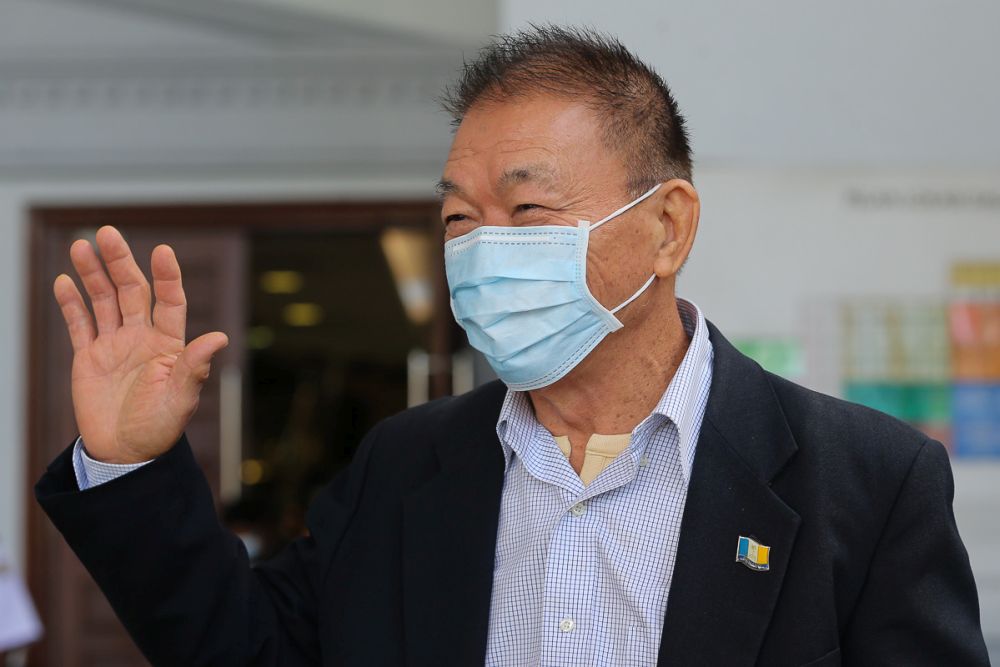 “To my knowledge, CZBUCG, Juteras and Sri Tinggi JV obtained the recommendations of the Technical and Financial Evaluation Committee after they were found to have satisfied the terms stipulated within the RFP.

“Subsequently, the State Tender Board also agreed to appoint CZBUCG after the company obtained the highest score in the overall technical and financial assessment.

This came as Hock Seng yesterday testified that Guan Eng had instructed him — then state executive councillor in charge of public works, utilities and transportation — to meet with BUCG representatives when it “lobbied” for an undersea tunnel project back in January 2011.

He had told the court he was provided with the contacts of two people to call — Datuk Zarul Ahmad Mohd Zulkifli (the person Guan Eng is alleged to have solicited a bribe from) and Lim Chee Hoe — roughly two years prior to the company’s appointment in heading the Penang undersea tunnel and roads project.

“Based on the meeting minutes, they spoke about ways to improve the request for proposal documents on the tunnel and roads project,” he said, adding that he was absent from the meeting.

The RM6.3 billion project, comprising an undersea tunnel and three roads, was mooted by the state government to alleviate traffic jams on the Penang Bridge.

The Bagan MP was also charged with two counts of dishonest misappropriation of property on two plots of land belonging to the Penang government worth RM208.8 million to be disposed of to two companies, which are linked to the state’s undersea tunnel project.