MCO 3.0: Restaurants on ‘deserted’ Jalan Tuanku Abdul Rahman and its vicinity find it harder going this time round

Members of the public queue to pack food at Restoran Kudu bin Abdul in Kuala Lumpur June 14, 2021. — Picture by Yusof Mat Isa
Follow us on Instagram, subscribe to our Telegram channel and browser alerts for the latest news you need to know.
By SOO WERN JUN

KUALA LUMPUR, June 25 — Jalan Tuanku Abdul Rahman, popularly known as Jalan TAR, is one of the busiest streets in the city. Or it used to be, until the first lockdown in March 2020 saw it empty for the first time in recent memory.

Over the months that followed, a kind of normalcy returned with people going about their business and eating at their favourite nasi kandar restaurants again.

But with the latest movement control order (popularly referred to as MCO 3.0), the scenes of desolation have returned.

Vehicles parked illegally curbside by customers who would hop in for a quick meal at one of the popular nasi kandar restaurants here have not been seen since June 1 when MCO 3.0 first came into force.

Haja Noodhin Bashir Ahmed, 52, who has been running Restoran Kudu Bin Abdul since 2006 with his sons, said he owes the restaurant’s survival to loyal customers.

“It was very tough when the first MCO was implemented, our business was very bad.

On top of worrying about the business, we were also very concerned about the virus and our safety. 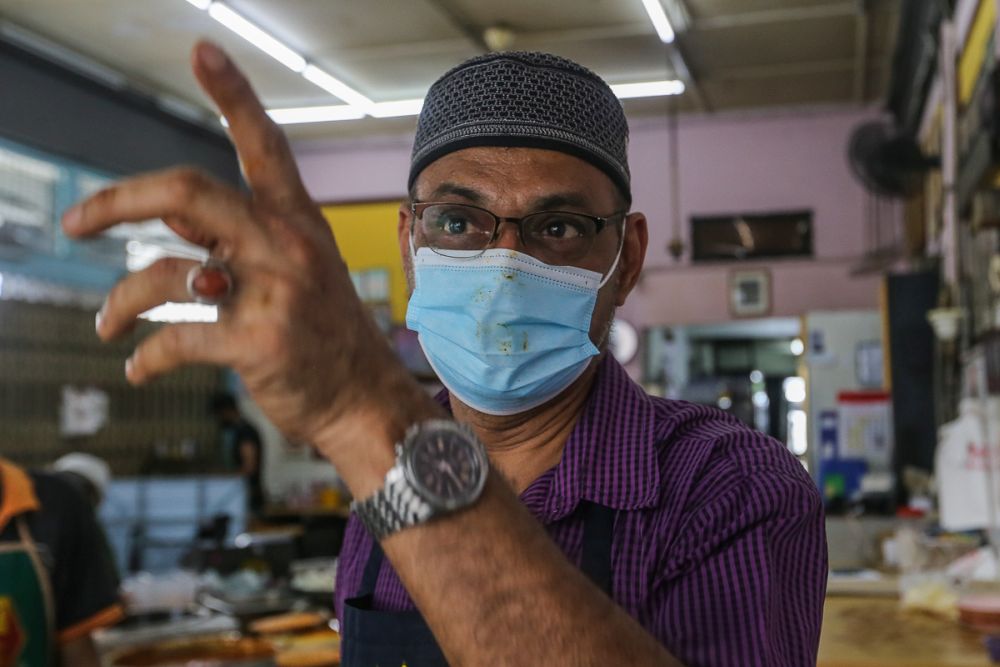 “We managed to pick up during the second MCO, especially during the fasting month and Hari Raya last year but it’s still tough and now we’re going through a third MCO,” he told Malay Mail during a recent visit.

The restaurant, which has held steady for two generations, is struggling to survive, said Haja Noodhin, even though there was still a line of customers heading towards us, with many queuing for up for an hour.

“We are thankful that we have regulars who would come into the city centre to buy from us. It is because of my loyal customers that we are able to sustain throughout these difficult times.

“But our sales are bad because we are missing a large crowd of diners, especially from the office workers in the area,” he said.

Restoran Kudu Bin Abdul traces its heritage back to 1969 when it first opened its doors to customers in Kuala Lumpur on Jalan Tuanku Abdul Rahman.

“We are from Penang, and we still have family-run restaurants in Penang,” said Haja Noodhin. 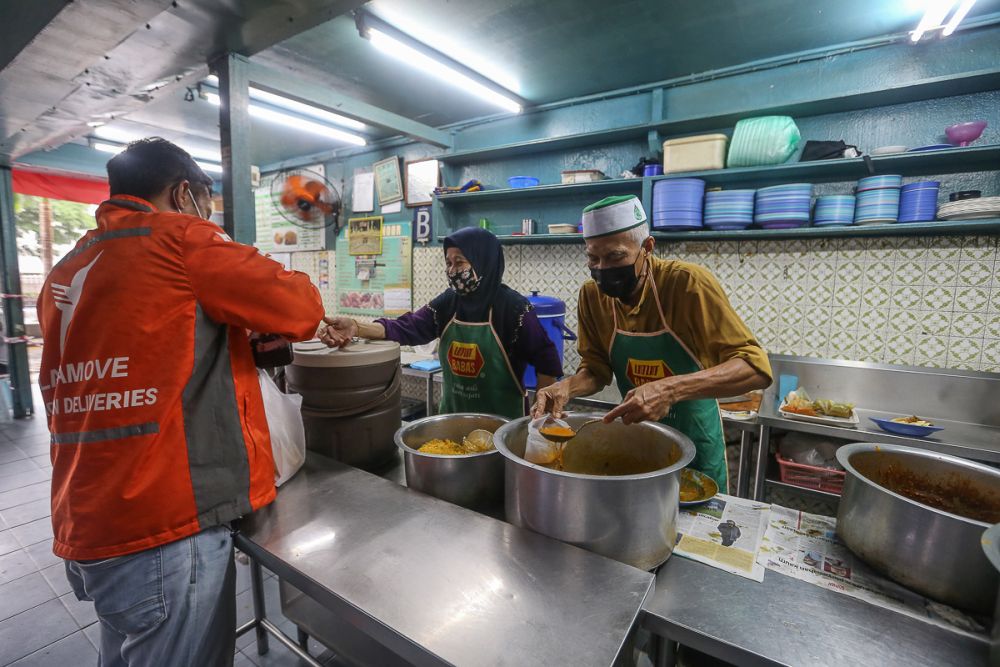 At the usually bustling Mansion Tea Stall, it has been extremely quiet.

According to Khamis Majid, the owner of a popular nasi briyani stall that is connected to the Mansion Tea Stall, the eatery has lost many customers since the pandemic started.

“Just look for yourself. Usually this place is very busy with customers, never this empty. This road is usually filled with cars, now you can park anywhere you want,” he said.

Due to the lack of demand, Khamis said the only way to reduce losses is to prepare fewer dishes.

“Usually we’re sold out after lunch, but now we can’t even sell off by 5pm and by evening the streets are empty. We are grateful that the landlord understands our situation now and is negotiating to allow us to defer stall rental fees,” he said.

Khamis, who has been running the stall for 35 years said this is the first time he hasn’t been able to sell off his dishes by 3pm.

“We still have some past earnings that we are using to sustain the business but we really hope that the situation will improve soon,” he added. 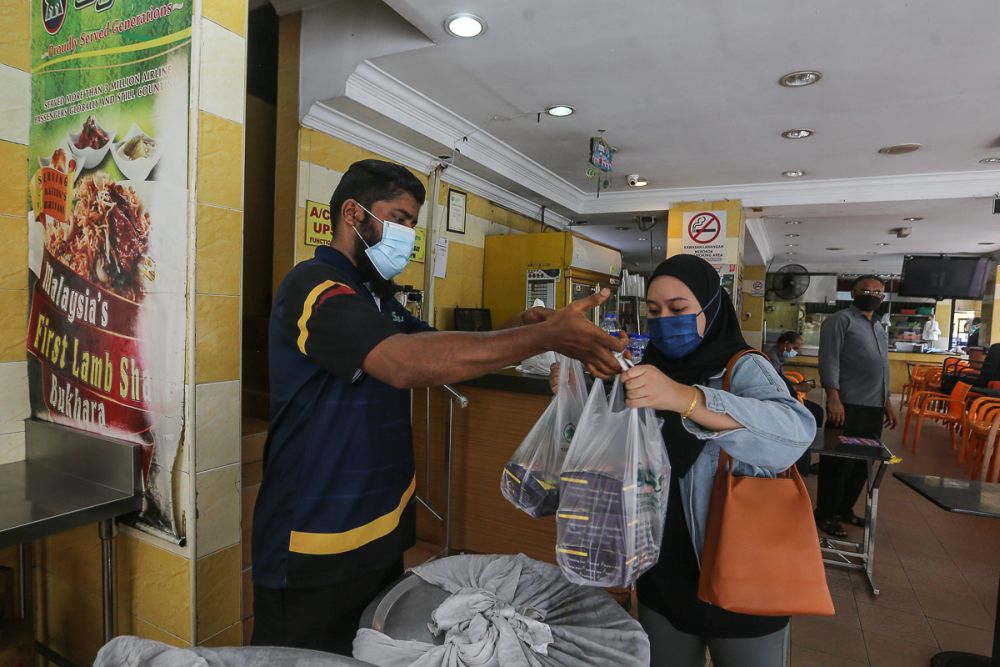 Even businesses like the popular Syed Bistro have been finding it hard to cope as the country went into MCO 3.0.

“We were barely surviving last year and we did not immediately allow dine-in since restaurant space was limited and Covid-19 cases were still high. We relied on delivery last year but it isn’t the same any more this year. People are cutting back their spending for delivery services and they are opting to cook at home,” Hakim said.

He said the restaurant is forced to throw food that they were unable to sell.

He added that preparing less food is not an option as customer turnover is still uncertain at the moment.

On top of struggling for survival, Hakim said workers at the restaurant have been frequently harassed by the local authorities.

“Business was pretty bad last year in this area when Selangor Mansion was placed under enhanced movement control order and subsequently the entire Jalan TAR.

“This time around we are facing a different problem, because lately, the law enforcers have been questioning us on permit validity. All of us have permits and we’re cleared by the Immigration Department but yet they are coming very often now and it disrupts our restaurant operations,” said Hakim.

He said previously only the police and immigration department came by for checks and not the local authorities. According to Hakim, this only started happening this year.

“I want to plead with the Malaysian government to please let us work in peace. We are already having a hard time sustaining a job here, and some of us don’t get to work a full week since business is not good and our employer had to cut back on manpower,” he said. 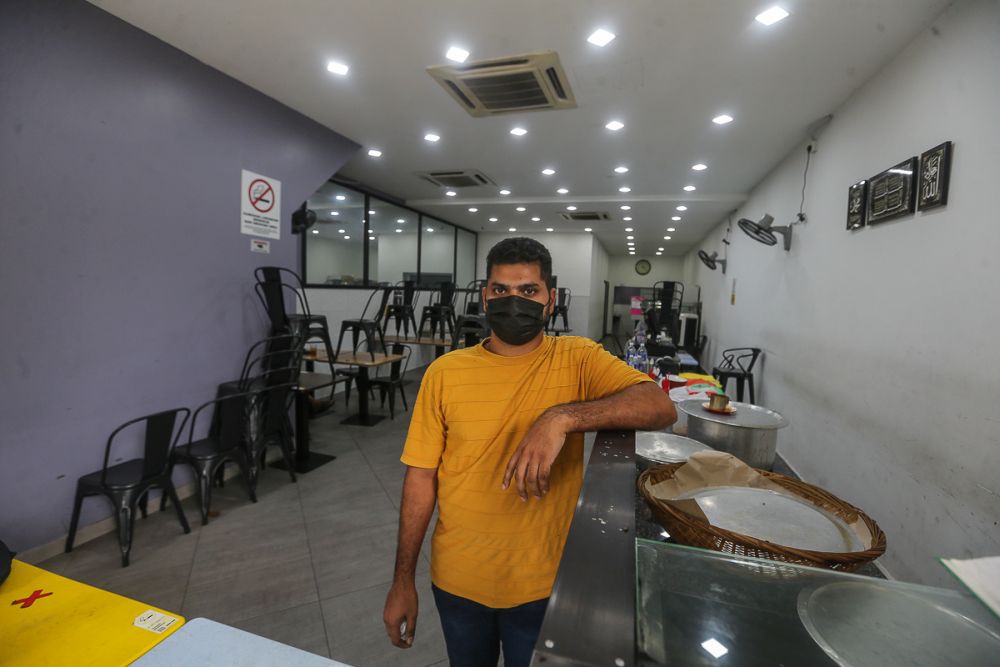 According to the branch manager who only wanted to be identified as Sham, only two of the branches are open at the moment.

“We decided to keep only two branches open since we can’t afford to have a full staff count at all outlets to cut back on expenses to cope with deteriorating business.

“On a usual day we have six staff at the restaurant, now we can only afford two, and that is with local staff and foreign staff taking turns for their shifts during the weekend,” he said.

Apart from staff count, Sham said they had to cut down on raw ingredients to prevent wastage since their customers have reduced by almost two-thirds of the dine-in regulars.

“We lose out even more as we don’t have meals for breakfast. We are only dependent on the lunch crowd, which is the working group in this part of Kuala Lumpur.

“With MCO, we lost most of our working group regulars since they are working from home and no one is allowed to move freely in the city centre,” he said.

He added that since the pandemic hit the country, business has not picked up and now they are barely surviving.

This is made worse by having to fork out RM8,000 per month for rent.

“We are already tapping into our reserves, covering our rental fees with previous profits made before Covid-19 hit our country. We really hope that we can pull through and hope that the government can allow dine-in again.

“How much are we making in a month now? It’s ‘negative’ already,” he said.

MCO 3.0 ends on June 28, after which the government may extend it further or relax the standard operating procedures.