The Perak government is distributing 20,000 phones to students from B40 families under its Tuisyen Cikgu Saarani (TCS) programme. — SoyaCincau pic
Follow us on Instagram, subscribe to our Telegram channel and browser alerts for the latest news you need to know.
By ALEXANDER WONG

KUALA LUMPUR, June 14 — The Perak government is distributing 20,000 phones to students from B40 families under its Tuisyen Cikgu Saarani (TCS) programme. As reported by Harian Metro, the Chairman of Education, Higher Learning and Human Resources Committee Ahmad Saidi Mohamad Daud said the free phones are of low specifications and it is to prevent the devices from being misused for playing video games.

He added that the devices are intended to enable online learning (PdPR) among students and they are pre-installed with the Frog Play learning app. He said the app provides revision quizzes for all core subjects from Primary 1 to Form 6 which are accessible 24 hours a day.

He said if students complain that the phone is slow or poor in quality, it is likely they are using it to play online games and the performance will get worse when games are installed. He urged students and their parents that have received the devices to use them as much as possible for online learning and tuition.

Is this phone even suitable for online learning?

Based on the video, it appears that the Perak state government is providing the students with Yes Altitude 3, a basic phone that’s distributed by YTL Communications. We can’t seem to find the product on Yes’ website but based on some carousell listing, the phone looks very low-spec for 2021. 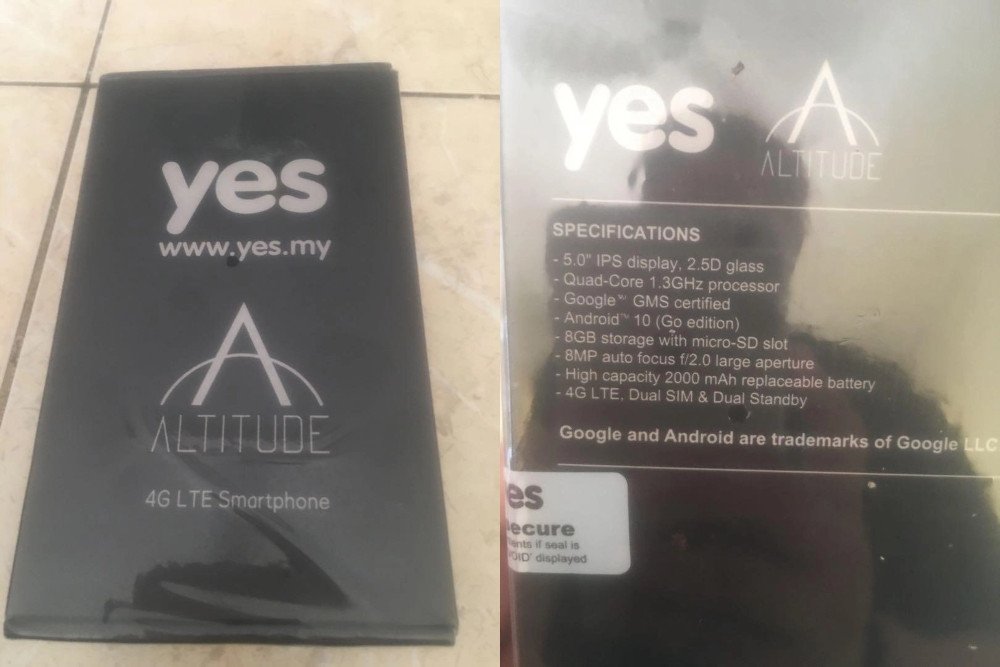 Based on the video, it appears that the Perak state government is providing the students with Yes Altitude 3, a basic phone that’s distributed by YTL Communications. — SoyaCincau pic

The device gets a 5″ IPS screen (presumably HD 720p resolution), a MediaTek 1.3GHz processor, 1GB RAM and 8GB of RAM. It gets a rather tiny 2,000mAh replaceable battery and it runs on Android 10 (Go edition).

Since this is Android Go, the device offers a very “Lite” experience of Android and you still get Google apps and services including Chrome, YouTube, Gmail, Maps and more. If you need more apps required for online learning, you can download more from the Google Play Store but this also means that the tiny 8GB of internal storage will be filled up very quickly. Don’t expect a smooth experience especially when switching between apps.

For B40 folks, they can definitely find better free phones under the Prihatin programme such as the Samsung Galaxy A02. Most entry-level Android phones these days come with at least 3GB of RAM and 32GB of storage. On top of that, you also get a larger screen of at least 6″ and bigger batteries which are important for video conferencing. — SoyaCincau