Health minister: Only 2.4 reports of adverse effects for every 1,000 Covid-19 jabs in Malaysia as of June 12

KUALA LUMPUR, June 14 — Health Minister Datuk Seri Dr Adham Baba said that only 2.4 reports of adverse effects were received for every 1,000 Covid-19 vaccinations, out of which a mere 0.09 were serious cases in need of hospital admission.

During his weekly joint press conference with Science, Technology and Innovation Minister Khairy Jamaluddin today, Dr Adham added that most of the cases classified as serious, however, only required short-term admission.

“Since the beginning of the NIP (National Covid-19 Immunisation Programme) until June 12, as mentioned by Khairy, 4.7 million vaccines have been administered with 29.3 responses for every 1,000 doses received, via the MySejahtera application for normal AEFI (adverse event following immunisation) or minor.

“The illnesses reported were soreness in the area jabbed, headache, fatigue and also adverse effects which are commonly experienced by vaccine recipients.

“Based on readily available reports via the AEFI observation system under the National Pharmaceutical Regulatory Agency (NPRA), 2.4 reports were received for every 1,000 doses. Of these reports, only 0.09 for each 1,000 vaccine doses were classified as serious, which were in need of further treatment and admitted to hospital.

“A huge number of these cases only needed short-term admission and were discharged after observation and appropriate treatment,” Dr Adham said, during the Covid-19 Immunisation Task Force (CITF) press conference. 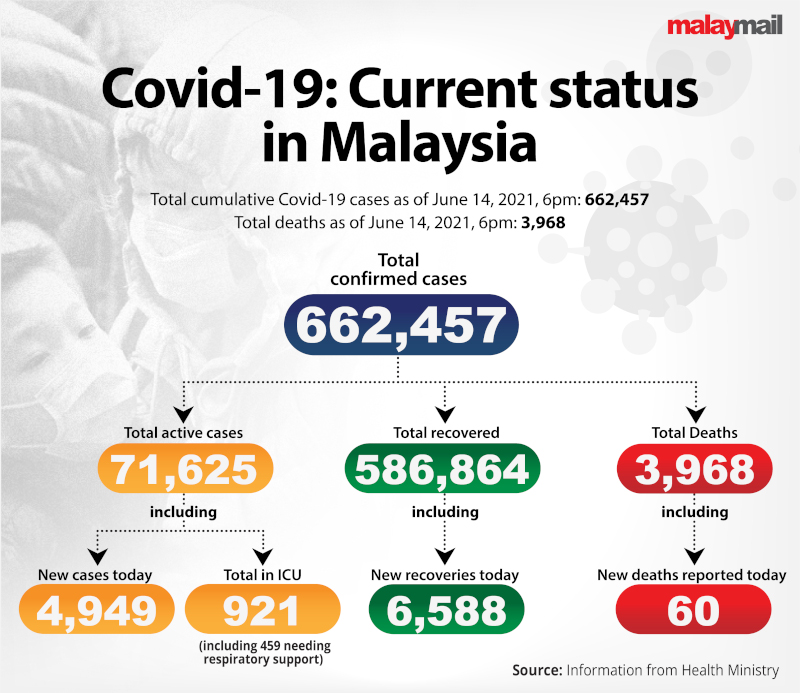