The CMCO for Sarawak was supposed to end tomorrow.

“The decision was made per the Health Ministry’s risk assessment and advice, as 2,623 cases were recorded over a two-week period from February 12 until yesterday,” Ismail said in a statement.

The defence minister also announced an extension of the enhanced movement control order (EMCO) for several localities in three states.

The EMCO at the Batu Gajah rehabilitation centre’s quarters in Kinta, Perak, will be from February 28 until March 13 after 433 people tested positive for Covid-19 out of 761 screened. Only yesterday, 13 new cases were reported.

The EMCO has also been extended in Kampung Sinsingon and Kampung Lotong in Nabawan, Sabah, from tomorrow until March 12. The Health Ministry detected 42 positive cases in both localities.

Lastly, Sentosa in Sibu, Sarawak will remain under EMCO until March 12, after 59 people tested positive for the coronavirus. The Health Ministry said the numbers were rising rapidly. 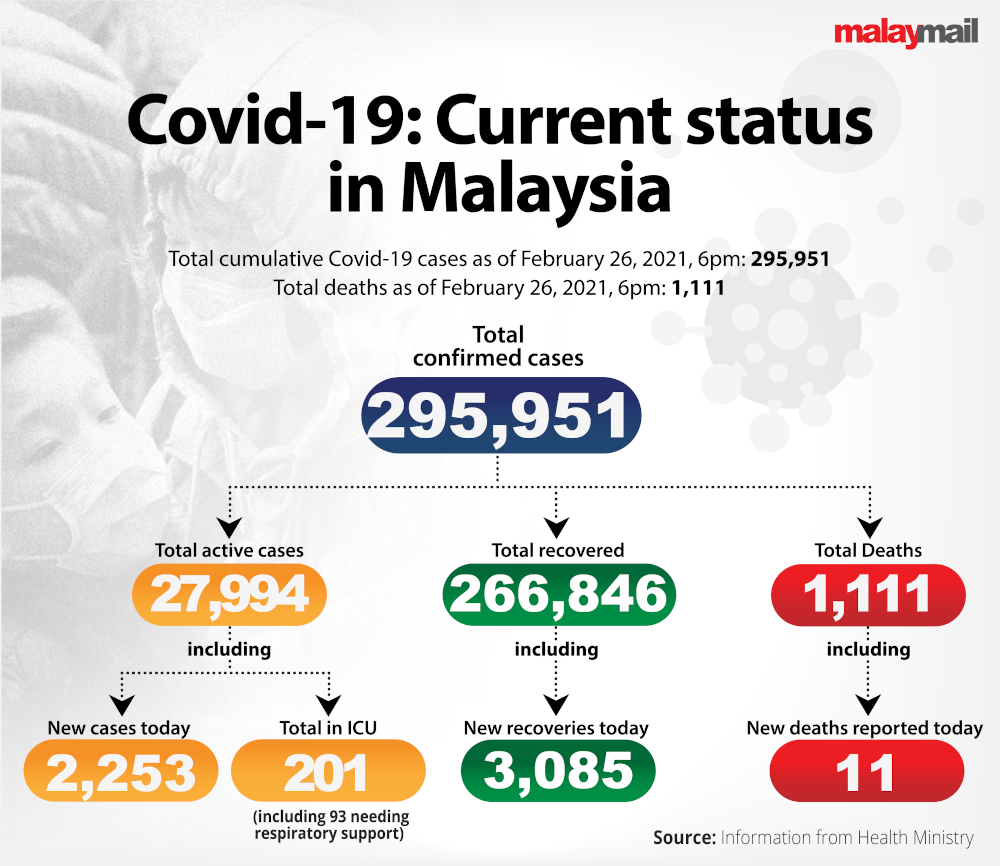